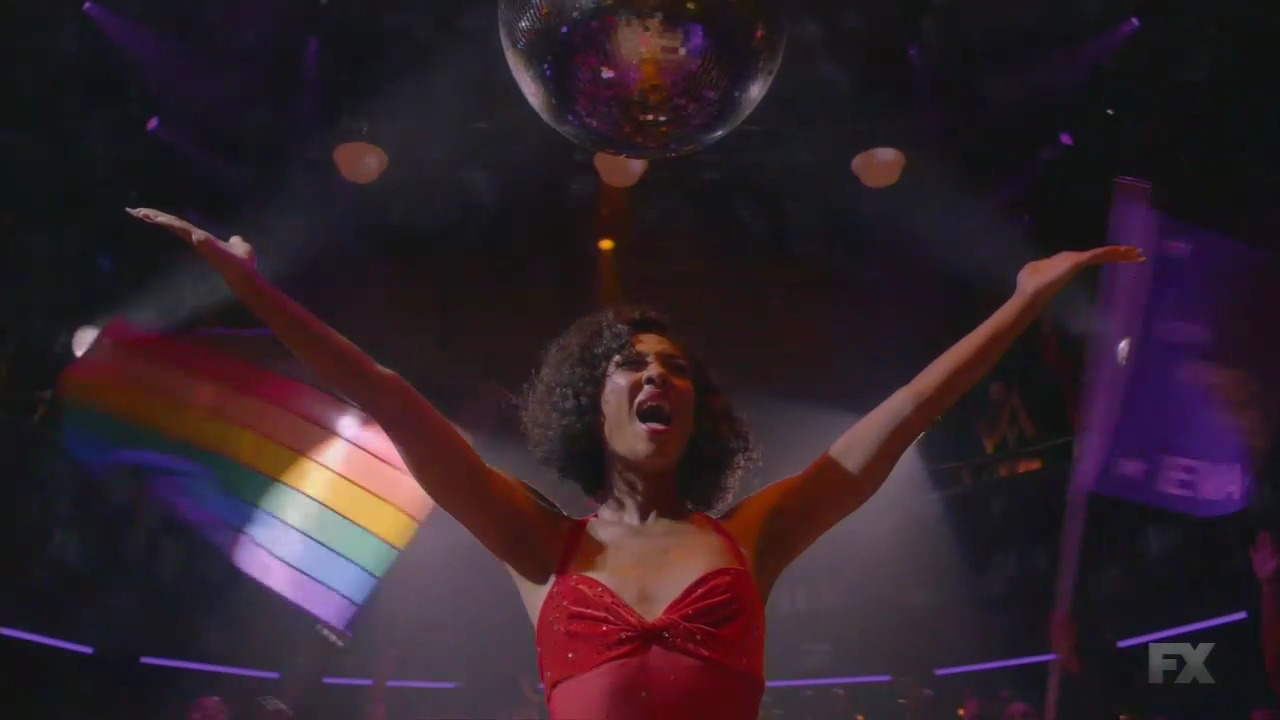 If you thought kneeling for the National Anthem was as low as liberals could go, wait until you see the latest episode of Pose—or do yourself a favor, skip it, and get the low down from this article instead. There’s no doubt that this show is littered with liberal agendas, as it revolves around the transgender ball community, but the season finale aired a scene that should have many Americans upset.

Tuesday's episode, titled “In My Heels,” ended the series' second season with a Drag Queen Show—but before it got started, they added in something a little extra (as if we needed more obnoxious content). Blanca (played by transgender actress Mj Rodriguez), who just got out of the hospital, opens the competition by singing the National Anthem—only, in place of the American flag we see the LGBTQ flag wave high behind her. The flag bearers even take a knee, although this series takes place in the late 1980s and early 1990s, so they'd be channeling Colin Kaepernick about thirty years early.

The National Anthem is something so important to the United States’ heritage that there should be a certain amount of respect when it is sung. By now, many have agreed that standing for the National Anthem is one of those gestures of respect—but another should be to honor what it was written about. After all, the anthem isn’t just about our country, it’s about the “’Star Spangled Banner,” so to not have the American flag present during the song is crazy—but to replace it with the LGBTQ flag is absolutely insane. Liberals would go nuts if conservatives took the symbol of any social conservative group, or the Republican mascot and waved it during the National Anthem in lieu of the American flag—but of course waving the LGBTQ flag during it instead is ok?

The National Anthem is supposed to represent the United States and the flag, not the LGBTQ community. It honestly doesn’t come as a surprise that they would do something like this, though, after all, they did take the rainbow—originally a Christian symbol for God’s promise to Noah—and claim it as their own. What are they going to take next?