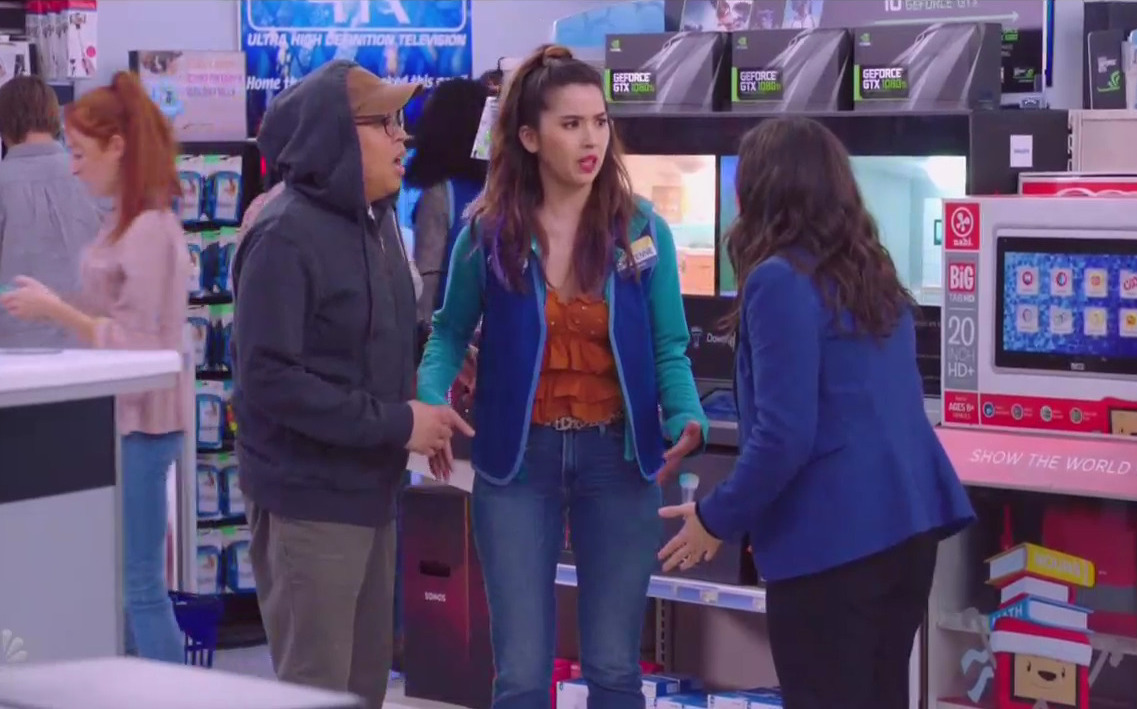 On Thursday night, Superstore aired another two episodes that focused on the ongoing conflict between Cloud 9 employees and corporate. The issue has festered through several seasons and unionization attempts, with employees upset about things like not getting maternity leave and lack of healthcare benefits.

What ended up being the tipping point in the last two episodes, "Sandra's Fight" and "Employee Appreciation Day," was corporate cutting back on employee hours, making it harder for them to do their jobs well and to make ends meet, and the workers wanting to unionize. Sandra becomes radicalized (who's also referred to as "the AOC of store 1217") and brings in a labor organizer. But Amy (America Ferrera), the newly appointed manager with far better benefits, does her best to keep the issue from growing —especially after threats from corporate to turn the store into a distribution facility which would lay off all employees. 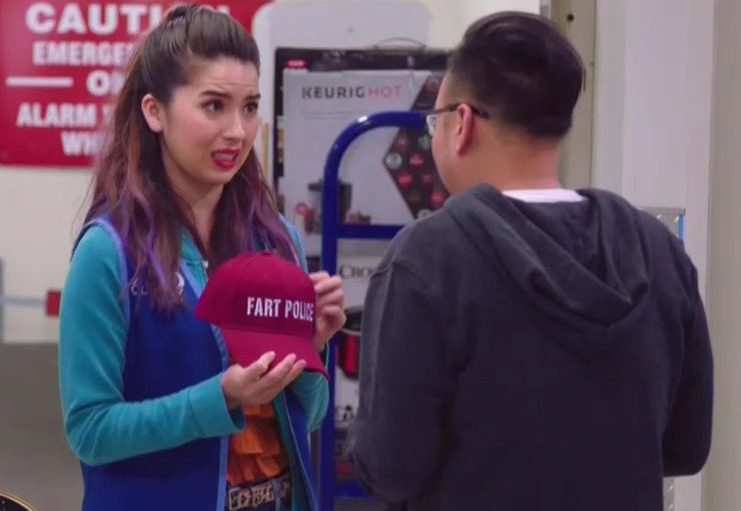 Feeling caught between two sides, with her boyfriend Jonah (Ben Feldman) being one of the employees, Amy tries to tamp down unionization until finally corporate decides to implement "extreme" measures to shut down the employees' efforts — sending in ICE.

As viewers may know, Mateo (Nico Santos) is an illegal immigrant from the Philippines, so this has caused a huge problem for him. The employees all decide to help Mateo escape the store. Cheyenne tries to find him a hat as a disguise: "We didn't have any that said 'Make America Great Again,'" she says. "The closest I could find was 'Fart Police.'"

They try to guide Mateo around the ICE agents and outside, but things don’t go according to plan, leading to a dramatic cliff hanger:

Dina: Stop! Reverse course, turn around! Okay, new plan. Just make it to pharmacy. You can hide out-- No, no, wait. Turn around. Turn around, go back. Go back the other way. You could lose them in housewares, I think. Just book it! Okay? Book it to the end!

Amy: This one. Go down here, down here.

Amy: Dina, just tell us where to go.

Amy: Okay, there's a vent up there. We can climb up on the thing and--

Cheyenne: Or we can create a diversion and take off our tops while you go run.

Glenn: What do we do now?

Jonah: I mean, we have to fight this.

Right, so corporate sending in officials to enforce the law is the straw that breaks the camel's back and gets Amy on board with a scheme that will get their store shut down. One thing to grant NBC is that at least Amy’s twisted priorities are a pretty accurate representation of the illogical left.