'Jane the Virgin' Character Comes Out as Bisexual 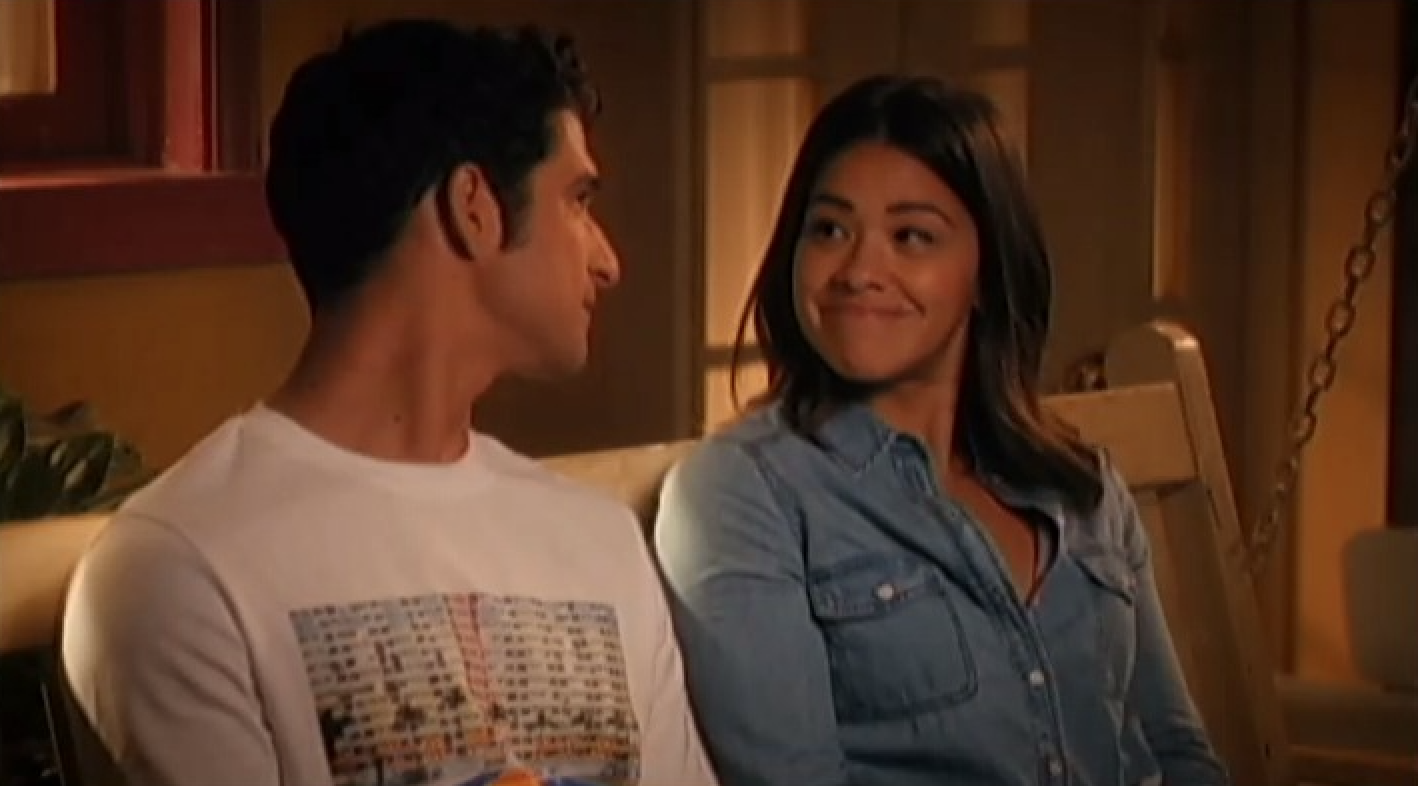 Season three of Jane the Virgin was disappointing to me in its heavy-handed political content, and season four looks like it's going to hit us over the head with even more social justice storylines. The November 10 episode, "Chapter Sixty-Nine" was big on sexuality and all the buzzwords that come with it in 2017.

Early in the episode, Jane's (Gina Rodriguez) mother Xiomara (Andrea Navedo) realizes that she has forgotten to take her birth control again. Jane asks her, "Why are you even still on the pill? There are so many other options. The ring, the shot, the patch, the cap..." which leads her mother to joke, "Look at you, Planned Parenthood."

Ah, Xiomara, thank you for reminding us that Planned Parenthood is supposedly a place that provides birth control for women that they couldn't possibly get it anywhere else, like all of these places. They did not mention the women who end up at Planned Parenthood for the hundreds of thousands of abortions they perform each year. Xiomara says that her husband, Jane's father, Rogelio (Jaime Camil) "just wants to pull out," leading to crass jokes about this method for the rest of the episode as she encourages him to have a vasectomy.

The biggest storyline of the episode deals with sexuality rather than sex. When someone recognizes Jane's boyfriend, Adam (Tyler Posey), and tries to remember from where, they look up mutual friends on social media.

Danny: Wait. Yeah, you two used to date, right?
Adam: Yeah. Ooh.
Jane: Oh, sh-she's really pretty.
Adam: Not her. Him.
Jane: Oh. Cool. He's also very pretty. So, you're bisexual?
Adam: If you're into labels.
Jane: You date men and women?
Adam: I had a boyfriend in art school when everyone was experimenting, and another in Fort Greene when everyone wasn't.
Jane: Cool. It's just, we've had so many long talks. How come you never mentioned this?
Adam: It just didn't really feel that relevant.
Narrator: I mean, more relevant than who'd win in an epic battle between Batman and Wolverine. Which has been discussed at length.
Adam: And I guess I was nervous. It's become an issue with people I've dated before.
Jane: Well, you've never dated me before. Okay, you have. Not recently. My point is, is... I'm totally okay with it. You have exes, I have exes. Everybody has exes.

Not really how I'd react to finding out my boyfriend's ex was a dude. Not how most people would react, but Jane the Virgin wants us to think that everyone is running around dating people of both genders, but the truth is that the vast majority of people are attracted to just one gender, sorry. When Jane says that she is certain she's not attracted to women, Adam suggests "or maybe you just haven't explored that side of yourself."

For some reason, Jane feels bad for having questions about Adam's history of dating men as well as women. She tells her mom that she is "completely hung up on this...because there's a double standard, you know? When women hook up, it's looked at as sexy, but men are immediately marginalized because our whole culture revolves around the male gaze." If there was "2017 buzzword bingo," the phrase "male gaze" would be on every card.

Later, Jane is at her best friend Lina's (Diane Guerrero) bachelorette party and tries to kiss the bride so that she can have her own bisexual experience. Lina stops her and they have a good laugh. Again, this is not how I would react. This is not how I think any normal person would react, but episodes like this are meant to portray life as Hollywood wants it to be, not as it is.

Afterwards, Jane goes to talk to Adam for another completely unrealistic encounter.

Jane: Can we talk? So, yeah. It wasn't that you waited a long time to tell me. It was what you told me. Which became pretty clear after I tried to kiss Lina.
Adam: What?
Jane: I know. It was a momentary lapse of judgment. But you're obviously right. I did freak out.t. I guess I-I... I just have questions. Which are silly and stupid...

Adam: No. Ask me.
Jane: Is being bisexual a stop? O-on your way to coming out as gay?
Adam: Definitely not. Um, it just means that I'm open to a connection with a man or a women. What else you got?
Jane: Well, I guess I feel a little insecure, you know. It's not like I can give you what a man can.
Adam: Well, yeah, you're right, you can't. But you can't give me what other women can give me, either. But it doesn't matter, because I choose to be with you. I don't want to be with anyone else, regardless of gender.
Jane: Really?
Adam: Yeah, really. We're in a monogamous relationship. Which means that you're not allowed to kiss anyone else.
Jane: I know. I'm sorry. I'm sorry. If it makes you feel any better, she hard core rejected me.
Adam: Well, then she's an idiot. Oh, Bob... ( I'm kidding, I'm kidding, I'm kidding. It's Jim, right?

Seriously, writers? Is this how you think this conversation would go?

Props to Jane for asking questions and trying to understand even though it's painfully obvious that the writers had this scene in the show to explain bisexuality to the viewers.

Still, after three years of getting to know Jane, we know she is a traditional Catholic girl, and this wouldn't fly. This show worked in the beginning because she was a traditional girl making it work in modern society and it was sweet and funny to watch. I realize a lot of years have passed since season one took place and a lot of things have happened to the characters in that time, but the Jane they are writing now is a completely different person. Bring back the Jane we fell in love with! We don't really need vulgar jokes with her mom, girl-on-girl kisses, and long talks about bisexuality. Especially when the other man in Jane's life is her son's father, Rafael. Who would give Adam the time of day when he's around?