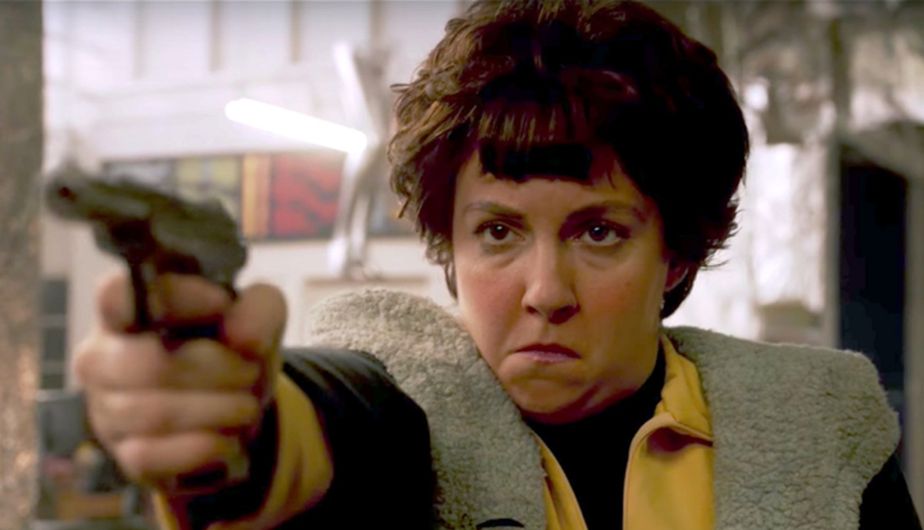 With every episode, American Horror Story: Cult focuses on a different pet issue for liberals. In the October 17 episode, titled "Valerie Solanas Died for Your Sins: Scumbag" (no, seriously), they spent the episode on radical feminism in the 1960s and the horrible thing that is the "oppressive patriarchy" under which they want us to think we all live in 2017.

Valerie Solanas is the real-life woman who tried to assassinate Andy Warhol in 1968. A militant feminist, she wrote the SCUM Manifesto (SCUM being an acronym for Society for Cutting Up Men) which urged women to "overthrow the government, eliminate the money system, institute complete automation and eliminate the male sex."

When Solanas wanted Andy Warhol to produce her play titled Up Your Ass (also, seriously) and he declined, she tried to murder him, after which she spent time in prison and a facility for the criminally insane. I will now casually mention that the character of the man-hating feminist Valerie Solanas was portrayed by Lena Dunham in this episode.

We see the political life of Solanas as she rants against men and becomes crazier and crazier - so pretty much Dunham plays herself, except with a wig and bad accent. But then we are told that Solanas created a killer SCUM cult that acts on her manifesto's calls for a violent feminist revolution and was actually responsible for the Zodiac killer murders.

Back in the present day, Valerie's lover, Bebe (Frances Conroy), has taken it upon herself to wear the mantle and make sure women across America know how terribly oppressed they are, as Valerie has passed away. She reaches out to tv reporter Beverly Hope (Adina Porter) to get an introduction to the rest of the women of Kai's (Evan Peters) cult to discuss his patriarchal behavior towards them, and the patriarchy in general.

Ivy: Who's this?
Beverly: Her name is Bebe Babbitt. She found me, and she wants to help us.
Bebe: You ladies have really stepped in it.
Ivy: Shouldn't she be talking to Kai?
Beverly: No. That's the whole point. We thought this whole thing would get us some damn respect. He promised us a seat at the table, but now that he has this bullshit seat and national fame, he's doing what men always do: Push the women aside.
Bebe: Silly girls are all stupid and doomed. History may change, but herstory always repeats itself.
Winter: It's true.They con women into electing them, then they defund Planned Parenthood and force us to get transvaginal ultrasounds before we can get an abortion.

Who in the world are these candidates of whom Winter speaks? Democrats certainly aren't defunding Planned Parenthood or fighting for the rights of the unborn. As for Republicans, it's pretty unlikely that they're out on the campaign trail saying that they're going to support Planned Parenthood and abortion once they're in office and change their minds. If anything, candidates who say they will defund Planned Parenthood can't get it done. As far as transvaginal ultrasounds go, one would be fairly hard pressed to find any other procedure in which the medical professional doesn't use any kind of imaging either to show the patient or to use as a guide for themselves. Does Winter not want women to have full information before making a choice? An abortion is huge. It ends a life. Requiring that a woman and the abortionist do due diligence is hardly patriarchal. Finally, there are plenty of women who serve as elected officials. Why ignore them?

More than likely Winter is blaming women for getting conned into voting Trump into office. Hillary Clinton recently said that women, especially the white ones, were "under tremendous pressure from fathers and husbands and boyfriends and male employers not to vote for 'the girl.'" Others agreed, saying that, as she lost amongst married, white, heterosexual, women, they must have been pressured into it by their husbands and/or fathers. The Chicago Tribune told white women to "own up to it: you're the reason Hillary Clinton lost." I don't think Trump voters are going to have that hard of a time owning up to being responsible for Clinton losing, but ok. The New York Times had a roundup of responses to people discovering that women might vote for someone who wasn't a woman, as though we aren't beings who think beyond gender and vote on substance. They believe we are unable to think for ourselves, so we will simply vote based on gender. When that is proven false, many of them say that the reason must be that we can't think for ourselves, so we let the menfolk do the thinking for us.

In microcosm of their cult, however, these ladies are correct about the male candidate bait and switch. Kai has told each of the women what they need to hear to get them into his cult, and he's using the power to his own ends. He's even gotten one of the women to fake an assassination attempt (and then a very real suicide and mass shooting) to give him national attention. This helped lead him to win his election for City Council by 20 points, which was extra exciting for him because it got him a retweet from none other than Eric Trump.

The women in this episode are the ones selling women short. They should examine their own biases against women, because the problem doesn't seem to be the patriarchy, as much as they like it as an umbrella scapegoat for all of society's ills. I wouldn't mind Winter telling me more about these candidates who can get Planned Parenthood defunded, though.