Why 'South Park' Is Wrong About Jobs and Coal 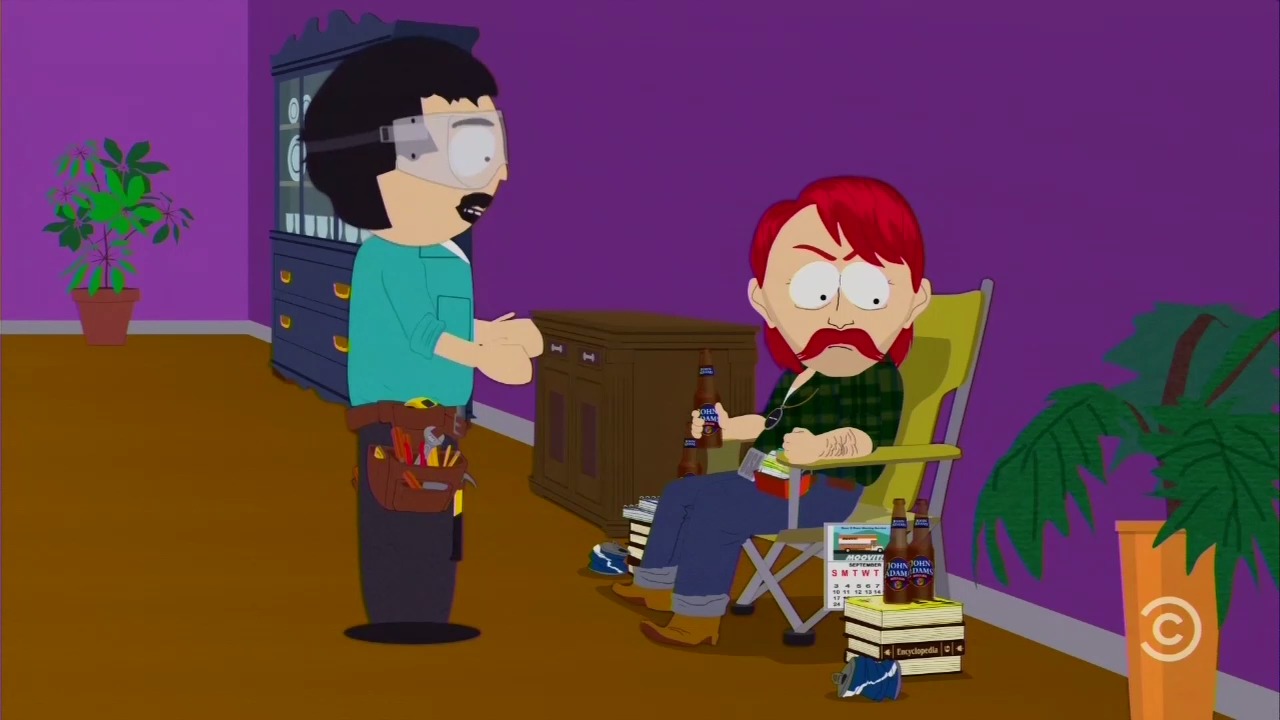 South Park kicked off its 21st season on September 13 by taking on the entitlement of the uneducated, working-class, angry white men who were said to be Trump's base. The episode, "White People Renovating Houses," centered on society's reliance on technology (specifically Amazon Echo, Google Home, and Apple's Siri) while some go unemployed.

The stereotypical redneck characters in South Park, Colorado, find themselves unemployed, blame these digital assistants for taking their jobs, and decide to take the streets with tiki torches in protest. Of course, they're waving Confederate flags chanting and yelling, "They took our jobs!" and "You will not replace us!"

In order to remedy this problem, the townspeople get rid of their devices and hire these unemployed men to answer their questions, make their shopping lists, play music, and do everything else we ask of our devices.

In this scene, Randy is filming his home improvement show, "White People Renovating Houses," when his new employee, Darryl, refuses to cooperate.

Darryl: I ain't doin' it! This job is degrading and menial!

Darryl: Somethin' that was Goddamn dignified!

Randy: Hey, Darryl, sorry, but you did not go to college, so you have to take the jobs you can get.

Darryl: I'm sorry! I do not get that!

Randy: Coal mining and truck driving are not exactly jobs of the future, so add Carrara subway tile to my [bleeped] shopping list.

The entitlement culture is never a pretty thing, but it's strange that South Park creaters Matt Stone and Trey Parker would choose to illustrate that point in this way. When it comes to people who think they are entitled to jobs while losing them to technology, the movement to have fast food and other unskilled jobs pay a minimum wage of $15 an hour seems like a much better target.

College is no guarantee of employability, either. Randy himself should be able to attest to this, seeing as his job is doing construction work, which doesn't require a college degree, on a home renovation show. Skilled labor, learning a trade, is just as employable, if not more so, than some of the bizarre degrees with which students are leaving college, expecting magically to find employment.

Randy points to coal mining and truck driving specifically as examples of fields which aren't expanding. Many coal miners have been out of work, in large part thanks to "environmental" efforts of the left, and but coal is making a comeback under Trump. Furthermore, we are actually facing a shortage in truck drivers, so Darryl might have a shot at that one, too.

I'm all for taking on those who feel they're entitled to anything. Darryl isn't owed a job, and Randy was right to remind him of that and to remind him to do the one he is fortunate enough to have. Still, this was a pretty lackluster take on employment and entitlement, and the argument was full of holes. South Park is irreverent, but it usually makes some pretty sharp points. Here's hoping the rest of season 21 is better than the premiere.