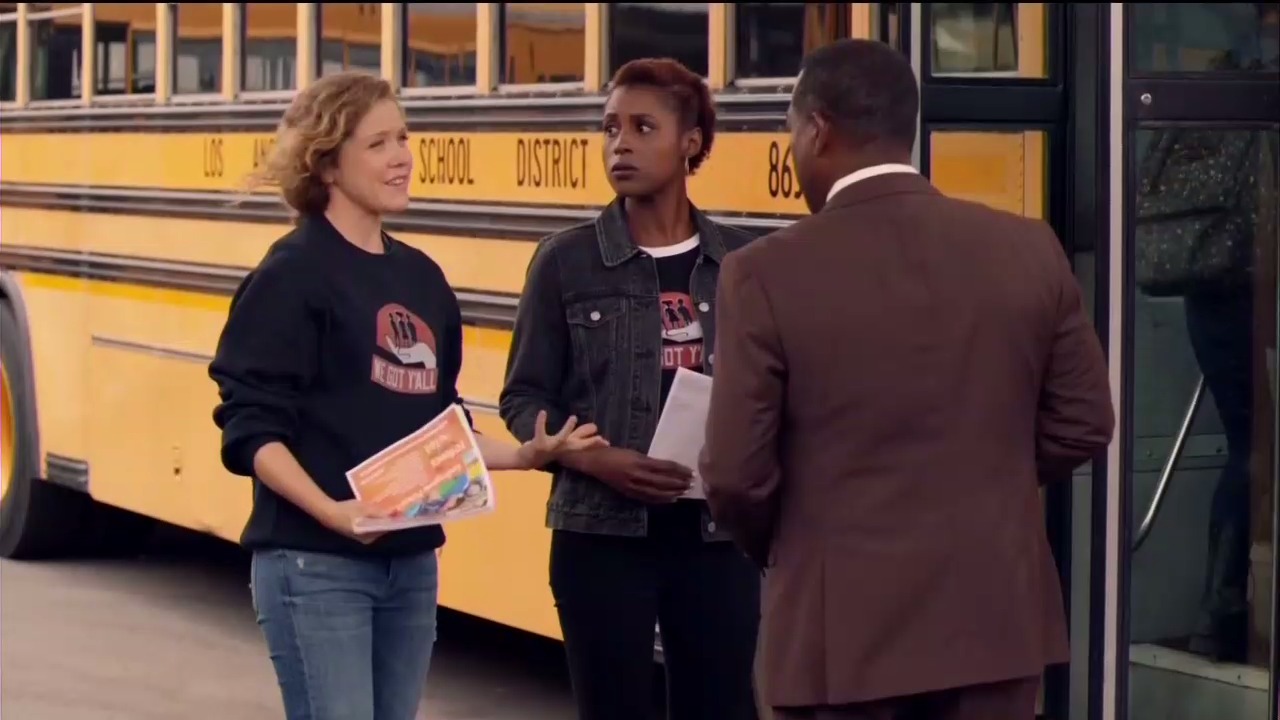 In the September 3 episode of HBO's Insecure, "Hella Disrespectful," Issa (Issa Rae) is forced to face up to some unpleasant truths, including the fact that a black coworker is racist. In the ensuing confrontation, the show makes the unexpected argument that All Lives Matters is the movement advocating for equality.

In previous episodes of Insecure, main character Issa has excused the anti-Hispanic racism of the principal of the school where they hold We Got Y'all, their after school program, by saying, "Black people can't really be racist." White character Freida (Lisa Joyce) has wanted to speak up but demurred to Issa by saying that "the oppressed can't be the oppressors."

The show finally makes it right after Issa meets a Latino student who was excluded from the program. Issa admits to Freida she was wrong, and the two of them set to work recruiting more Hispanic kids. She finally confronts Mr. Gaines (A. Russell Andrews) about his race-based mistreatment of certain kids, as well, which he literally laughs off while lumping in all Hispanic students together as "Mexicans."

Issa: We Got Y'all is inclusive of everyone, and I might have made it seem like that wasn't important to me, but--

Mr. Gaines: Is your program full? Are you helping the youth?

Mr. Gaines: Then what's the problem? Look, I thought me and you had an understanding. Now you're coming at me on some All Lives Matter?

Freida: I'm sorry. We were just hoping for a more representative group of kids.

Mr. Gaines: Look, if you want Mexicans, nobody's stopping you.

Issa: You're turning away Latino students. They deserve to have the same opportunities as everyone else. These are kids.

What is perhaps most telling about this exchange is that racist Mr. Gaines dismissively calls Issa's stand for equality "All Lives Matter," a reference to the anti-Black Lives Matter movement which argues that we need to be concerned about ALL people. Black Lives Matter, on the other hand, advocates for the black community only, and has used tactics that are both violent and divisive, the latter of which seems to be right up Mr. Gaines' alley. Issa is finally doing something about the racism happening in this school to ensure that all students matter, regardless of color, and Mr. Gaines is offended and dismissive because he thought that they had "an understanding" as fellow African Americans.

Given the show's track record on the subject, I was surprised that they would admit that the side of equality and fairness is, in fact, the side of admitting that "all lives matter." Then again, as the second season of Insecure draws to a close, Issa is starting to reevaluate a lot of things in her life, and her realization that racism can come from unexpected sources appears to be one of them.