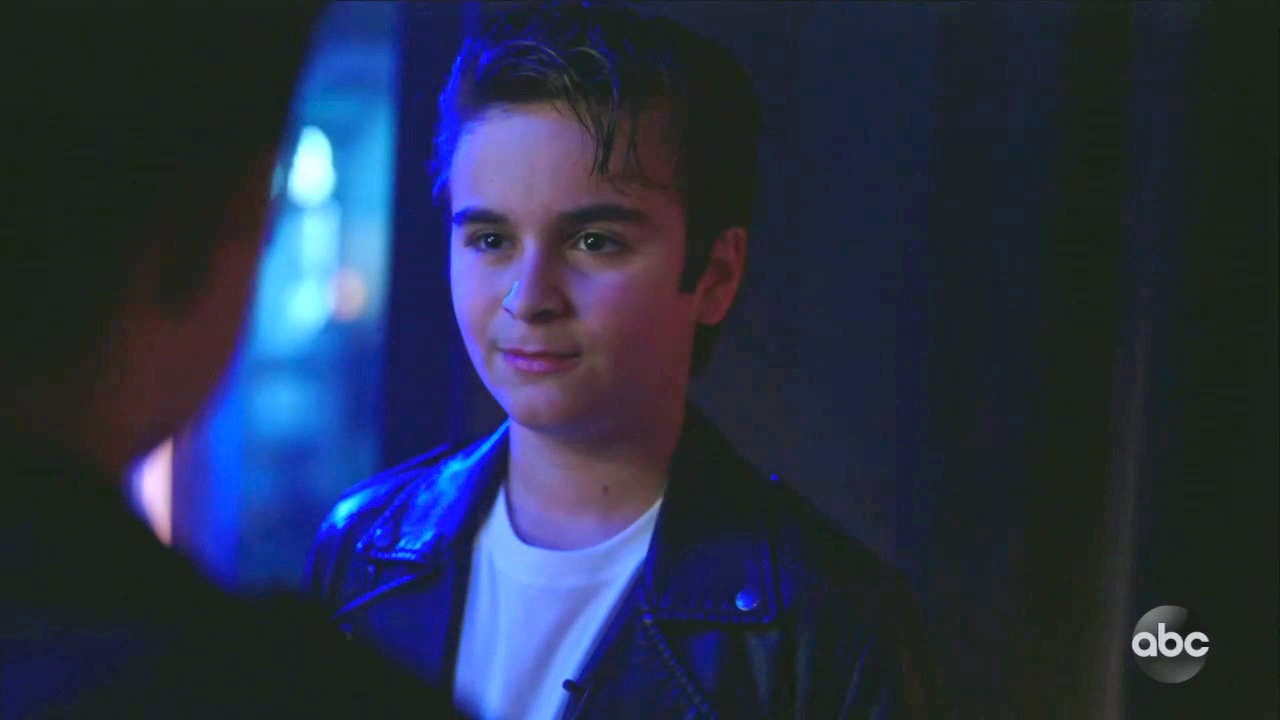 ABC's heartfelt drama A Million Little Things just aired one big thing on Thursday night when it had it's 12-year-old characters share their first kiss - a gay kiss.

In the episode "The Kiss," little Danny (Chance Hurstfield) is nervous and upset because he's about to have his first kiss live in front of everyone in his school's production of Grease. Worse than that, it's with a girl when, we already know, he came out at age 11 and wants his first kiss to be with his crush Elliot. The two went on a date on an episode last year, but things didn't work out because Elliot felt uncomfortable with Danny's mom saying they looked "cute together."

Before the big kiss scene on stage, Danny confronts Elliot about their relationship and is about to admit he wishes his first kiss was with Elliot when Elliot leans in and kisses him.

Danny: You really hurt my feelings.

Danny: All I did was like you. You barely talked to me all rehearsal… I'm just so sick of people hiding their feelings. I'm about to have my first kiss with Skyler Burns, and I kinda wish it was with --

For reasons I can't even begin to fathom, ABC insists on pushing the homosexual agenda on children, taking it further and further with each episode. A child's sexuality should not be fodder for adults to pat themselves on the back about how progressive they are with their representation. Leave the kids alone!