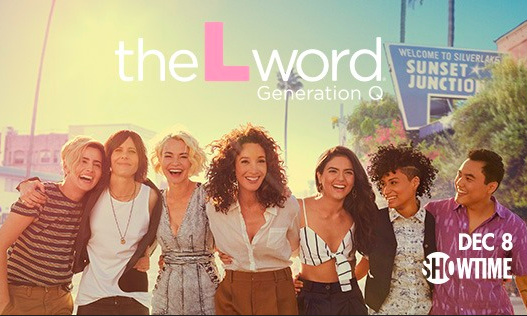 Adding to the recent wave of tv series revivals, Showtime’s lesbian drama The L Word is returning to the network. The reboot nobody wanted, titled The L Word: Generation Q, will premiere December 8 and this time, they plan to be so horrifically disgusting, they’ll have you seeing red — literally.

As Variety reports in its review, “Marja-Lewis Ryan’s new iteration aims to both honor the original series and push its boundaries beyond where it could, or dared, ever go.” Be afraid, be very afraid. This means “actually investing more time, energy, and consideration in non-white and trans characters,” because intersectionality. But far, far worse, the show “come[s] panting out the gate with explicit, bloody period sex.” Ain’t nobody need to see that!

“The revival of Showtime's once revolutionary lesbian drama adjusts admirably to a radically different TV landscape,” Variety notes approvingly. Since the original show ran on Showtime between 2004 and 2009, there have been a lot more “nuanced” depictions of LGBTQ stories on television, even about children on network tv. Apparently, Generation Q sees this as a challenge: “Now, thankfully, there are far more shows featuring prominent queer characters to choose from — which significantly raises the level of difficulty for a newer iteration of ‘The L Word.’”

One new character is “a trans man whom the show tries hard not to fail, in a stark contrast to the original ‘L Word’s infamously disastrous portrayal of a trans man in 2006.” But Variety complains that trans women “remain … frustratingly marginal.” Well, it’s not called “The T Word.”

Variety’s review dubs the show a “considered take, with its slate of fresh characters and clearer eye towards the future of queer life than its status quo.” In other words, it's just another explicit, boundary pushing, virtue signaling show everyone should go out of their way to avoid.