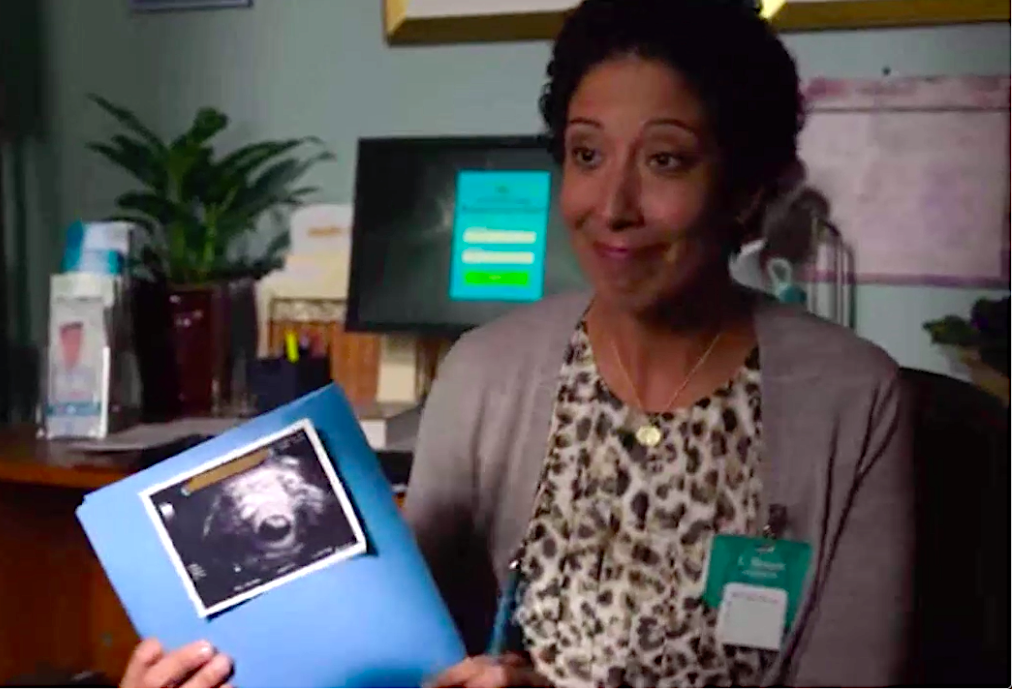 Crisis pregnancy centers (CPCs) save thousands of women and babies each year which, makes them public enemy number one to the abortion-worshipping left in Hollywood. In the third season of Netflix’s 13 Reasons Why, Chlöe (Anne Winters), a pregnant teen seeking an abortion, is “tricked” into going to a CPC -- a “traumatizing” event, according to Entertainment Weekly.

EW’s Sydney Bucksbaum interviewed Winters about her character’s abortion episode in an article published on Wednesday. Bucksbaum took the occasion to bash a crisis pregnancy center as a “fake abortion clinic” and attempted to buttress her critique by citing a damning quote about them and attributing it to the National Institutes of Health (NIH).

[Chloe] first had to endure visiting a fake abortion clinic, a practice that actually exists to “intentionally deceive pregnant women into believing that they provide a full range of women’s health services when, in reality, they provide only a pregnancy test, accompanied by intense anti-abortion propaganda,” according to the National Institutes of Health.

The only problem is that the quote describing CPCs does not come from NIH, it is taken from the abstract of a journal article found by searching NIH’s PubMed search engine database. She might as well have written “according to Google.”

In fact, CPCs help women choose life, providing them with free services including prenatal care, parenting classes, and baby items, and yet it’s treated like Chlöe has gone through something harrowing simply by visiting one. “Everything Chlöe goes through just trying to schedule the appointment was so disturbing to see,” opined Bucksbaum.

According to EW, “As if that wasn’t traumatizing enough for her, once Chlöe does find a real doctor to perform the abortion, an anti-abortion activist wearing a fake escort vest tries to push more propaganda on her.” First a "fake abortion clinic," then a "fake escort!" Those pro-lifers are deceptive little devils!

For the actress’s part, Winters said the CPC was “just trying to trick her” and called the portrayals of pro-lifers “super-accurate.” She revealed that in preparation for the role, she spoke to an abortionist and that the abortion scene was “intense” and “big” from her “emotional standpoint.”

“For me personally, it was the vacuum noise in that scene, that was what really got me there every time," Winters admitted. "That noise is so unique and so raw. It put me in that headspace.” I completely agree. The sound of the machine sucking the life out of her character was chilling. Thank God no actual babies were harmed in the making of this show!

Winters said, “It’s been amazing to see” the reaction from viewers and she was happy to open the eyes of some of those blind, judgmental pro-lifers:

I’ve been getting a lot of people saying they used to judge a friend or someone who has gone through that and made that decision and after seeing what Chlöe went through, they aren’t judging anymore now that they’ve seen another side to it. If anything, that’s the best thing. I can open someone’s eyes that may have been closed off to something huge and help them see that it’s not just a black-and-white issue. It’s a tough decision that everyone needs to make their own choice about.

Odd how they bash the very people who want to help women have the choice to keep their babies.