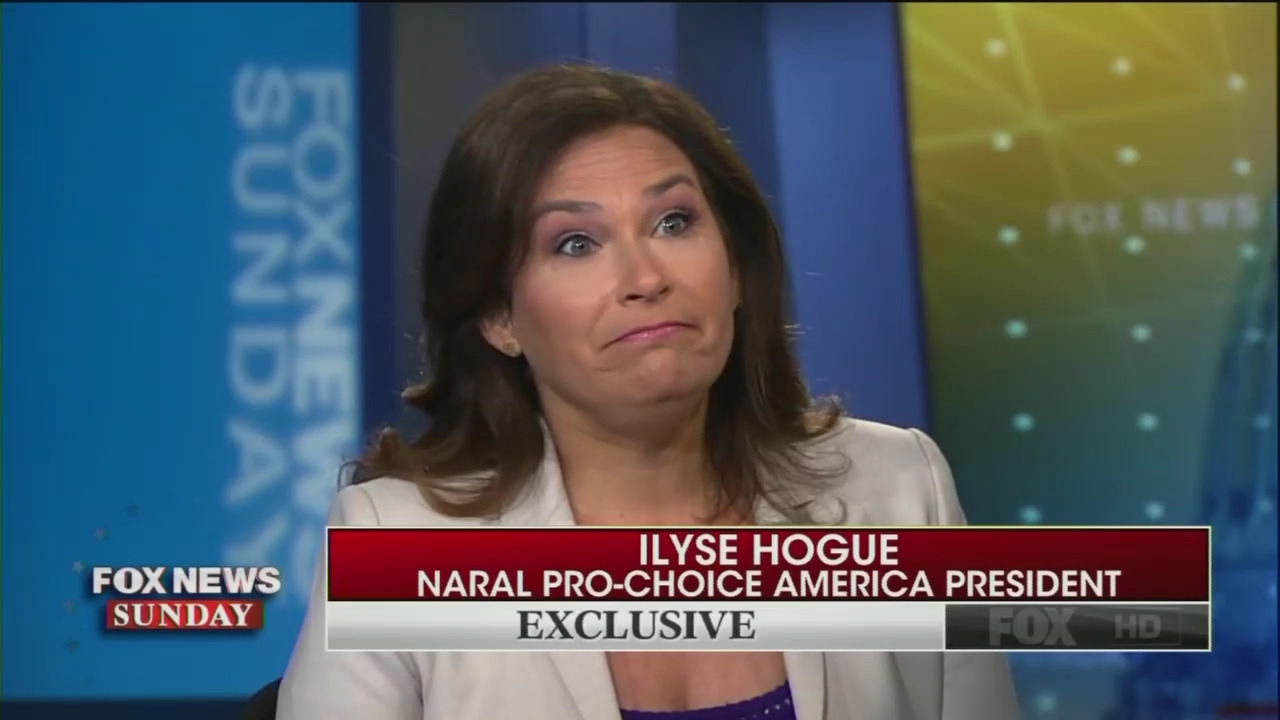 President of NARAL Ilyse Hogue took to Glamour magazine on April 23 to tell corporate America, “women’s advancement should be top of mind for companies right now,” calling standing up for reproductive freedom one “critical aspect” that is overlooked. Because if there's one thing America needs more of right now, it's divisive politics.

Hogue claims, “[I]t couldn’t be any clearer that the American people expect businesses to take reproductive freedom seriously,” citing her organization’s own white paper with Harris Poll finding that “staying silent on reproductive freedom may be a missed opportunity for companies.”

She says the study results indicate “companies should be just as vocal about and supportive of reproductive freedom as they are when it comes to the many other issues they stand up for, including equal pay, LGBTQ rights, and voting rights,” which is an odd assertion considering the report doesn’t even mention the latter three topics.

“We saw the power of the corporate community when more than 50 business leaders in Georgia spoke up [against the Heartbeat Bill],” Hogue hilariously claims, avoiding the inconvenient fact that the pro-life bill passed. And those “50 business leaders in Georgia?” They’re actually, according to the linked CBS News article, “Hollywood’s elite.” It should also be noted that none of the major studios signed onto this effort, so it remains to be seen whether there will even be any effect.

Hogue recognizes that companies might be “hesitant to speak out on reproductive freedom because they perceive one element in this conversation—abortion—is too controversial and political.” But she assures them, “[T]his debate has already been decided by the American people,” citing an NBC/Wall Street Journal poll (also referred to in the white paper) that says, “71 percent of voters oppose overturning Roe v. Wade.”

The problem is, not even 71 percent of voters know what Roe v. Wade is. In 2013, Pew Research Center found that only 62 percent of Americans over all knew the court case had to do with abortion, but the number dropped to 44 percent for those between the ages of 18 and 29 - a majority of young adults (57%) either didn’t know or thought the case had to do with another issue.

Furthermore, NBC/WSJ asked a completely misleading question of respondents that made people think that Roe v. Wade is only about first trimester abortions when, in fact, it protects abortion through all nine months of pregnancy for the “health” of the mother, which Roe’s companion case Doe v. Bolton defined as “all factors—physical, emotional, psychological, familial, and the woman’s age—relevant to the well-being of the patient.”

It has been known for years that question wording and explanation of Roe dramatically affects poll results on abortion. Case in point, when Students for Life of America informed Millennials the truth that Roe allows for abortion though all nine months of pregnancy, opposition to Roe jumped from 12 percent completely opposed to 51 percent and support fell from 40 percent to 35 percent.

Meanwhile, 2018 Gallup poll results found that only 13 percent of surveyed adults supported allowing abortion at any time during pregnancy, which is what Roe allows for and NARAL supports, with 60 percent wanting to limit abortion to the first trimester, which NARAL would never stand for. Companies would do better ignoring the advice of a group that holds such extreme abortion positions.