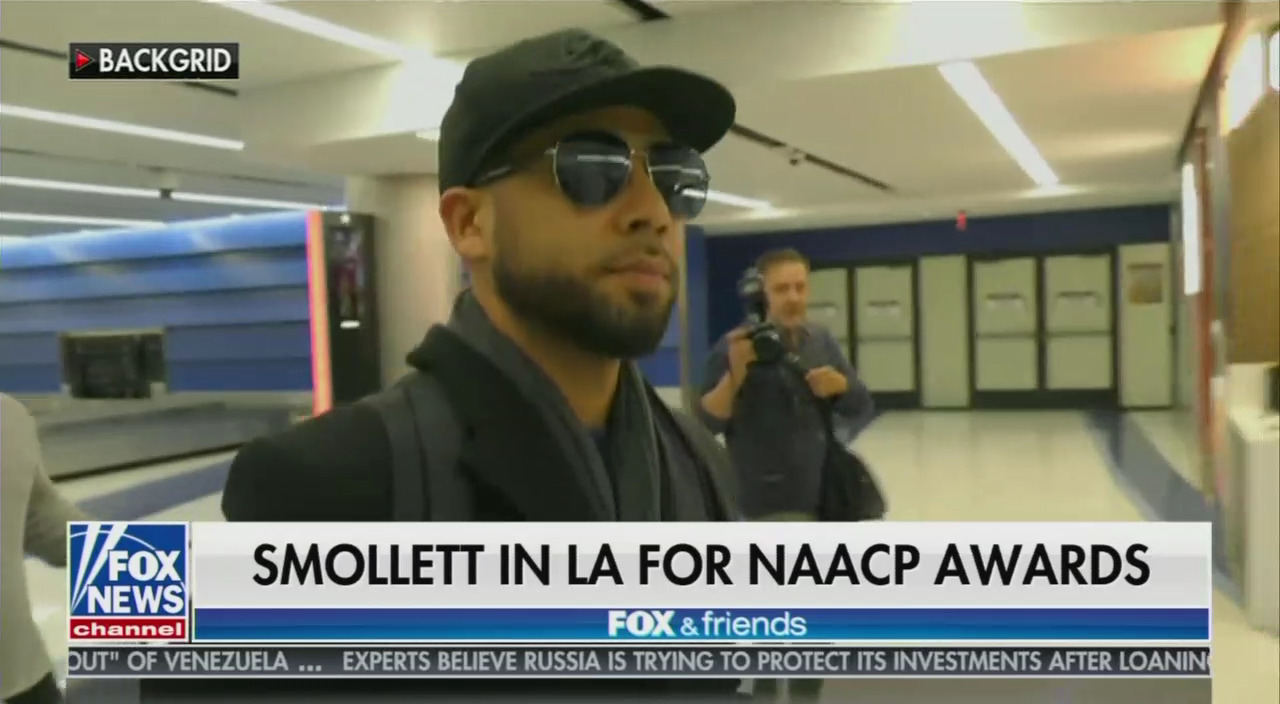 Fresh off skirting charges in Chicago, racial hoax artist Jussie Smollett is up for an NAACP Image Award and host Anthony Anderson has his back.

Anderson, who will be hosting for the sixth year in a row, has a history of bashing conservatives and praising liberals as host.

“I hope to see him here,” Anderson told Variety on Wednesday. “I hope he wins. I’m happy for him that the system worked for him in his favor because the system isn’t always fair, especially for people of color."

Apparently the fact that other African Americans have faced injustice in the legal system in the past means it's ok that Smollett gets off scot-free on the 16 charges stemming from an ugly hate crime hoax that wasted police resources and inflamed racial and political divisions across the country.

“So I’m glad it worked out for him," Anderson went on. "It’s not my place or any other person’s place to judge him or what not, but I’m glad the he’s nominated…I hope he wins because I’d be interested to hear his speech.”

The last thing we need to hear is more of Smollett speaking, at least until he finally confesses to what he's done and makes restitution.

The 50th NAACP Image Awards will take place on March 30 at the Dolby Theater in Hollywood. The nominations were announced Feb. 13, a week before Smollett was arrested. This is the fourth year in a row Smollett has been nominated for an Image Award, attending each ceremony and winning once. TMZ reported that Smollett landed in Los Angeles on Wednesday night, speculating that he will indeed attend the event.

At least one other fellow celebrity and nominee felt Smollett should be “gracious” and “sit this one out.” Naturi Naughton, who won Best Supporting Actress in a Drama at last year’s Image Awards for her role on Power on Starz and is nominated again this year, told TMZ that she couldn’t believe the charges were dropped against him. “Would you want to have [him] represent the NAACP?” she asked. “That’s not what NAACP stands for…I feel like he should get canceled.”

Also of note, Rep. Maxine Waters will receive the NAACP Chairman’s Award, “bestowed in recognition of individuals who demonstrate exemplary public service and use their distinct platforms to create agents of change.”