BLM Student on ‘Switched at Birth:’ ‘The Media Is Biased Against Us’ 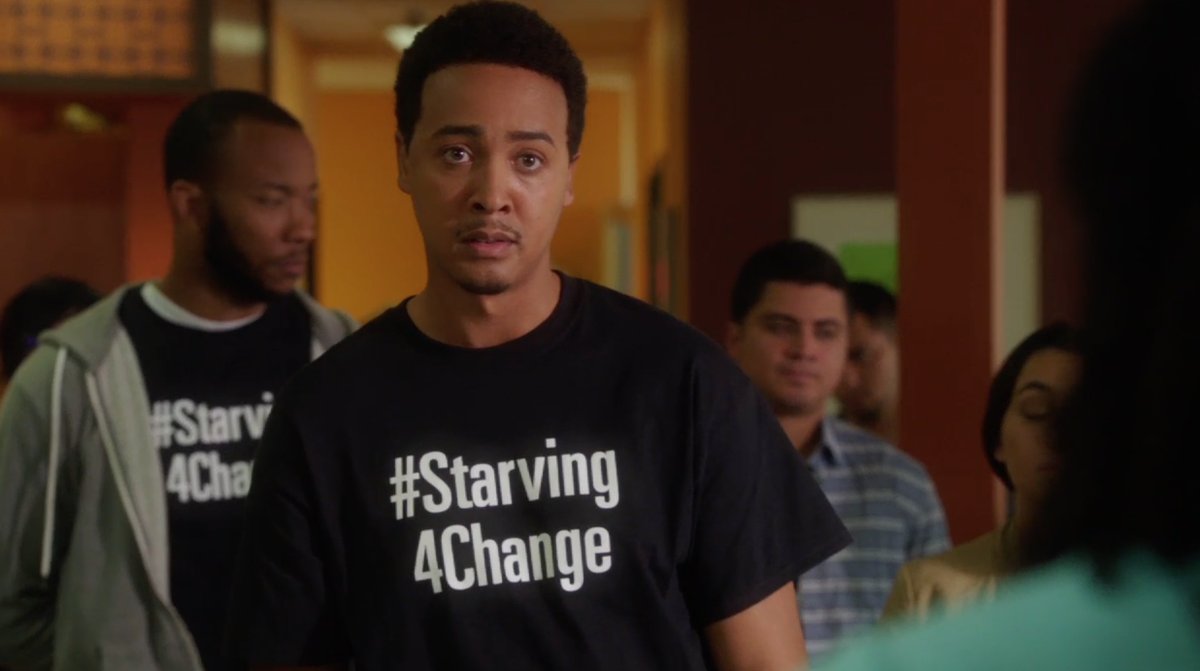 On a very special Black Lives Matter episode of Freeform’s Switched at Birth, the show switches its focus from its main white and Latino characters to feature the stories of 3 black students at University of Missouri – Kansas City. It's about as preachy, melodramatic, and self-important as you'd expect, but it really strains credulity with an unintentionally comedic lecture on media bias.

On Tuesday’s episode, “Occupy Truth,” Iris (Sharon Pierre-Louis) is continuing her hunger strike to get the students who committed the “hate crime” of covering the lawn in front of the Black Student Union with cotton balls expelled. She tells a campus reporter, “It is inspired by the Black Lives Matter national movement. Not just by things going on on this campus, but on campuses across this country.”

After the interview, everyone finds out that Iris comes from a very privileged background (a la Jonathan Butler), with a rich white father and private schools. “You were raised white,” one fellow black student accuses. He is especially upset because the optics of her wealthy background could be used to discredit their group.

He says the media is biased against them, claiming that during Katrina, black people were said to be “looting” food, while white people were said to be “finding” it. He also compares the use of one of the Boston Bombers’ Facebook pictures on the cover of Rolling Stone (which was very heavily criticized, including by Newsbusters) to the media supposedly using the “scariest” picture of Michael Brown they could find (meanwhile they used the youngest-looking photo they could of Trayvon Martin).

“You know the media is biased against us.” That is hilarious! If anything, the media is biased FOR Black Lives Matter, all the way back from the beginning of the movement when the media deceptively edited and reported on George Zimmerman’s 911. They kept on carrying their water by continuing to report on the “Hands Up, Don’t Shoot” Michael Brown Ferguson lie, writing puff pieces about their leaders, while also burying any news that might hurt the BLM cause. In regards to bias in looting reports, the media has time and time again ignored and defended looting and rioting at protests. They've also provided cover for BLM inspiring violence.

In the end, the president of the university agrees to expel the cotton ball students and meet with the Black Student Union after all the sports teams band together and refuse to play. Yes, just like at Mizzou. But in this case it’s the star baseball pitcher who starts the boycott after a ridiculous scene in which racist campus cops rough him up thinking he’s stealing a bike when he simply was having trouble with his bike lock.

Thankfully the Switched at Birth Black Lives Matter story arc has finally come to an end. Now, if only it would end in real life.