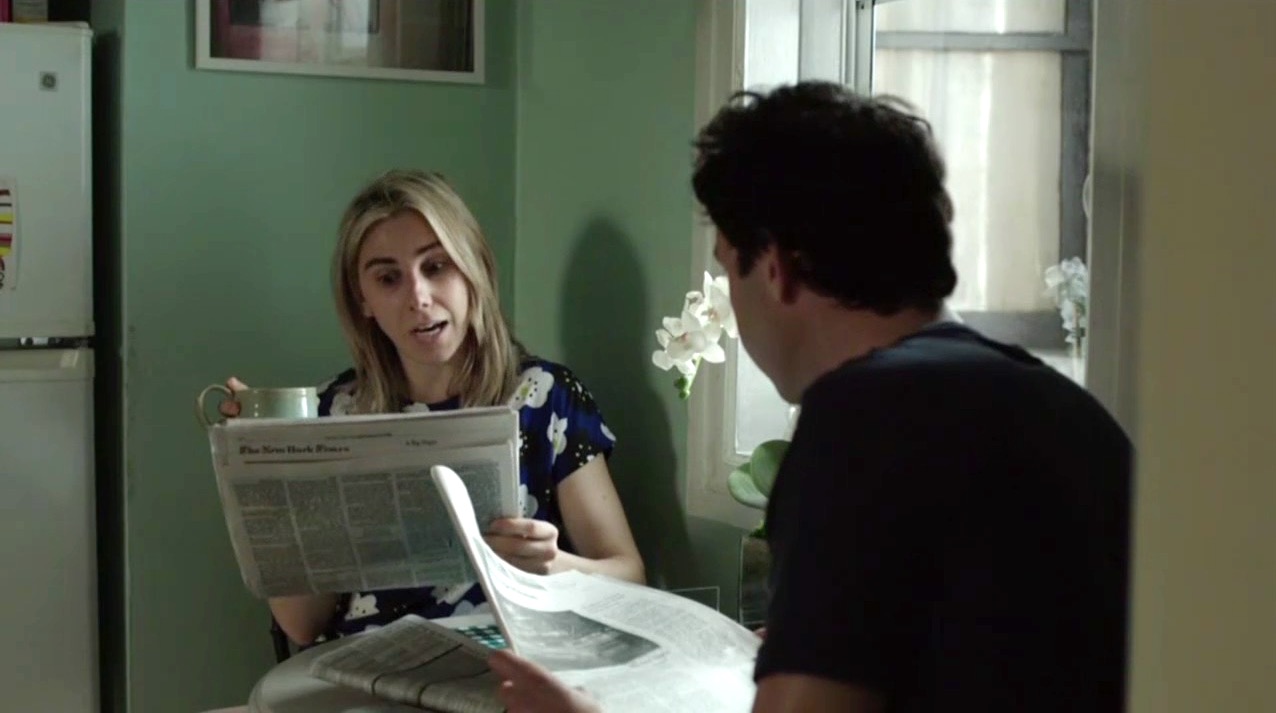 The premiere episode “All I Ever Wanted” shows Shoshanna (Zosia Mamet) and Ray (Alex Karpovsky) drinking coffee, reading the paper, and making fun of Krugman for writing "obvious, self-evident bullshit."

Shoshanna: Oh, wow. The American middle class is disappearing. Thanks for the hot tip, Paul Krugman.

Ray: I know, right? You've really got your finger on the pulse there, Krugman.

Shoshanna: I know, it's like, if I need a tip about what to talk about at a dinner party in 2005, I'll call you on your flip phone.

Ray: Fuck you, Paul Krugman! Thank you for shedding light on the most obvious, self-evident bullshit that every halfwit in the city already knows.

Gotta love when even liberals think Krugman is lame and passé.

Unfortunately, there is also a LOT of random and unnecessary female full frontal nudity shown in the episode. Jessa sits on the couch completely naked eating yogurt and talking to Ray for several minutes as if it is completely normal, for one. Then Hannah (Lena Dunham) tells her editor, “I read Shailene Woodley likes to go to a private area, open her vagina, let the sun in, and that's how she gets her glow. So, when she goes to, like, 'Insurgent' premiere, that's not makeup, that's sun in her pussy.” (Apparently that's a true story.) So, of course, we later have to see a scene of Hannah sitting on a balcony, flashing the sun - and viewers - her nether regions. After Hannah has sex with a guy she walks around naked for far too long and they discuss how she has “a lot of pubic hair.” Not only do we have to see it, we have to listen to them talk about it, too, so all the attention is on Dunham and her disgusting crotch. Bleh!