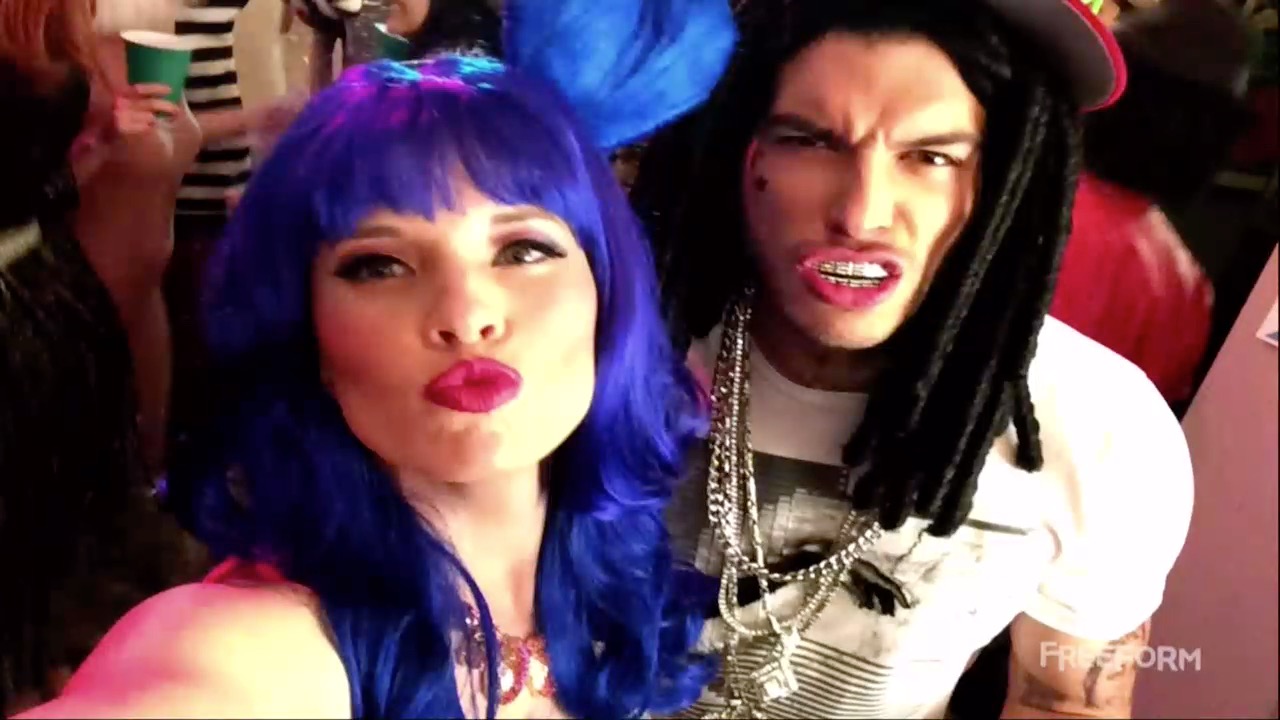 The fifth and final season of Freeform’s Switched at Birth has the fingerprints of Social Justice Warriors all over it. The second episode, which aired on Tuesday night, “This Has to Do With Me,” provided a “ripped from the headlines” storyline based on the Black Lives Matter campus movement that began sweeping schools and chilling free thought at universities in the fall of 2005.

Daphne Vasquez (Katie Leclerc) and her old boyfriend Mingo enjoy themselves at a college costume party, with each dressing up as their favorite singers. Big mistake for Mingo – the white boy dresses up as his favorite rapper L'il Wayne and a photo of the two of them goes viral with black students and other social justice warriors calling it racist and “cultural appropriation.”

Daphne’s African-American friend Iris Watkins (Sharon Pierre-Louis) says it was very offensive and just as bad as wearing blackface because he “was mocking black culture” by wearing a grill and “turned ‘ghetto black person’ into a costume for the dorm's entertainment.” Considering Mingo’s costume was an accurate homage to a specific entertainer he loves and not simply his interpretation of a “ghetto black person,” it sounds like Iris’ beef is with L'il Wayne himself for being such a bad racial stereotype.

Daphne stands up for Mingo on free speech grounds when a petition is circulated to get him fired as an RA. She writes an op-ed for the school paper and tells him, “If they fire you over a costume, the university is essentially declaring that they can censor us. We have the right to offend people. That's what makes us Americans. If we let them tell us how to dress, what's next? What books we can read? What websites we can visit?” Go Daphne!

When Mingo is allowed to stay on as an RA, Iris is so triggered by micro-aggressions that she packs up her things to leave school. Daphne reasonably tells her that college is not a safe space, it’s a place to be challenged, but Iris cites her “emotional safety.” Iris echoes a lot of what this Yale drama queen screamed at a university administrator whose wife objected to the censorship of Halloween costumes.

Iris: I don't want to talk to you. I read your article.

Daphne: Then why are you acting like this? I defended you.

Iris: You basically said Mingo's right to free speech trumps my need to have a safe space on campus.

Daphne: Come on, college isn't supposed to be a safe space. The whole reason we're here is to be challenged intellectually.

Iris: I'm not talking about intellectual safety, Daphne. For you this is all just some fun academic debate, but I'm talking about my emotional safety.

Daphne: What do you mean?

Iris: Everywhere I go on campus, I have to be on guard. I have to put on this-- like, this armor to protect me from stuff you don't see.

Iris: Like when I woke up to find a little tiny drawing of the confederate flag on my door. Like when a frat guy told us their party was for "Hot girls only," but they really meant white girls. Like when my Geology professor made a joke about "Savages" -and looked right at me.

Iris: Or, like the other night, when I got home and my RA was making fun of black people.

Iris: The dorm is my home. It's where I sleep. It's the place I'm supposed to be able to take off that armor.

Daphne: But you're moving out because one guy wore something that upset you?

Iris: No. I'm moving out because that guy was my RA, the person who's supposed to protect me, and there's nothing I can do about it. I'm tired of not having a voice. And I can't live in a place that doesn't even ask black kids how they feel when there's a race issue on the table.

Daphne: I had no idea.

The students go to University of Missouri – Kansas City and Switched at Birth Creator Lizzy Weiss said the writers took their story from the 2015 Mizzou race protests that forced the college president to resign for reasons not fully understood. I have to wonder if they will also have a professor try to get some “muscle” to forcibly remove journalists or expose fake hate crimes reported on campus, too.

Weiss said she wanted “[t]o really throw [Daphne] in to that so that she starts off confused by why something that happens is causing such a stir with her black friends. Then to really take her through a journey, but eventually we shift and we put our black characters at the forefront of the story…. Daphne really struggles to figure out both what she did wrong and truly understand that and then try to mend it. As we shift and slowly start moving towards the perspective of our black characters, Iris in Episode 2 really grows in importance. We get to hear her voice and really hear from our black characters [about] what it feels like to walk around a campus in black skin.”

So Daphne “starts off” being pro-free speech, “but eventually we shift” and she figures out “what she did wrong” and tries to “mend it.” Basically that means Daphne will get “woke,” see the error of her ways, and join in with the Black Lives Matter activists to fight for social justice. Expect more moralizing and white privilege being checked in the episodes to come – oh, joy!