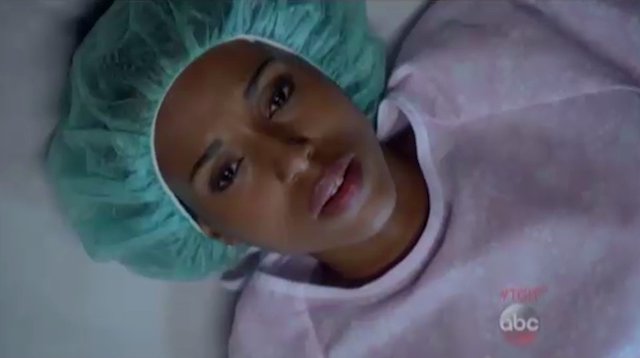 ABC's Scandal just crossed a sickening line in the episode "Baby It's Cold Outside." The entire hour was an advertisement for Planned Parenthood, but the absolute worst scene was a montage set to the Christmas hymn "Silent Night," a song that celebrates the birth of Christ, while main character Olivia Pope (Kerry Washington) has an abortion, killing her and the president's baby.

Between the execution of a man that opens the graphic clip below, the talk of "soft tissue," saying family destroys you, watching a doctor take his instruments between Olivia's legs, and the hint of a smile on her lips at the end, it is a truly vile, stomach-churning scene.

Eli Pope: "A pressure point, soft tissue, an illness, an antidote to greatness." You think you're better off with people who rely on you, depend on you, but you're wrong, because you will inevitably end up needing them, which makes you weak, pliable. Family doesn't complete you. It destroys you.

Perfectly enough, Papa Pope's monologue calling family "a pressure point, soft tissue, an illness, an antidote to greatness," is exactly what the pro-aborts think a pre-born baby is.

The final scene of the winter finale is of Olivia sitting down, relishing the glass of wine she can now drink, smiling at her Christmas tree, while "Ave Maria" plays.