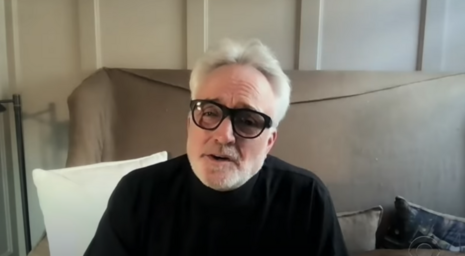 In the middle of the night on May 27, The West Wing Actor made several unhinged and false claims during an interview with Colbert on The Late Show. Seriously, the Democratic party should give him a medal for all of the ignorant, leftist talking points that constantly flow out of his mouth.

Of course Whitford was asked about his opinions on the proposed January 6 commission that Dems are pushing. His response was worse than you could imagine:

They want bipartisanship? They stole two Supreme Court seats. I mean, negotiating with a party that worships an insurrectionist feels really close, to me, to negotiating with terrorists. I don’t understand it. If they’re going to use the filibuster to keep us from protecting Capitol police officers I don’t know where the common ground is to be had.

Whitford needs to do some research and stop listening to the deranged lefties on mainstream media. It seems to be making him crazier by the day.

Unfortunately, it doesn't stop there. Whitford ran to his favorite social media platform, Twitter, to slander conservatives even further. He tweeted out this inflammatory message to both the GOP and Joe Biden:

“The @GOP is an insurrectionist party that is using the levers of democracy to destroy it while worshiping a disturbed sociopath. Please @JoeBiden, @JoeManchinWV, @SenatorSinema, don’t preserve a weapon like the filibuster for fascists. You’re negotiating with terrorists.” 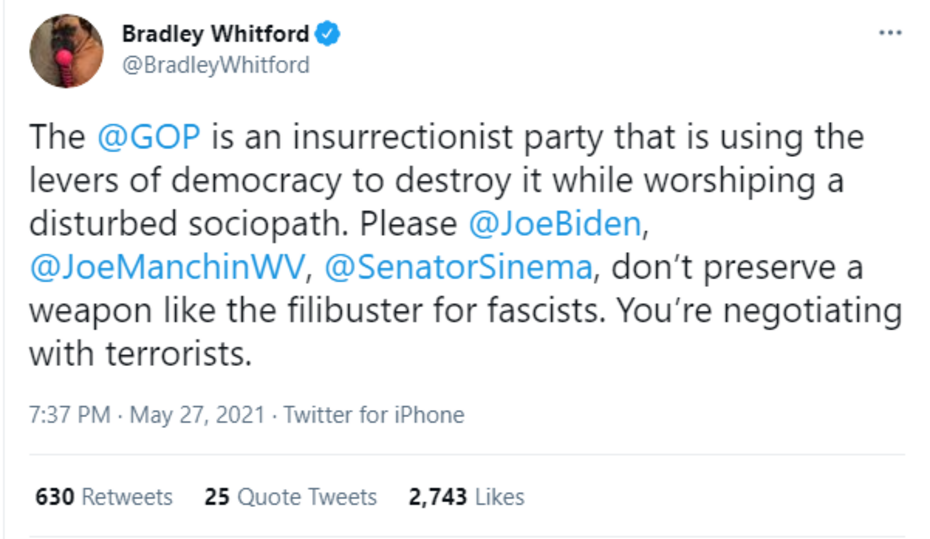 And Trump supporters are supposed to be the extreme ones?

I guess Whitford forgot that Trump specifically said “peacefully and patriotically make your voices heard,” during the rally on January 6.

This isn't even close to the first time that Whitford has gone overboard while bashing Trump.  You could compile a lengthy book using just the tweets that he’s posted about him during the past five years. The actor just can’t help himself.