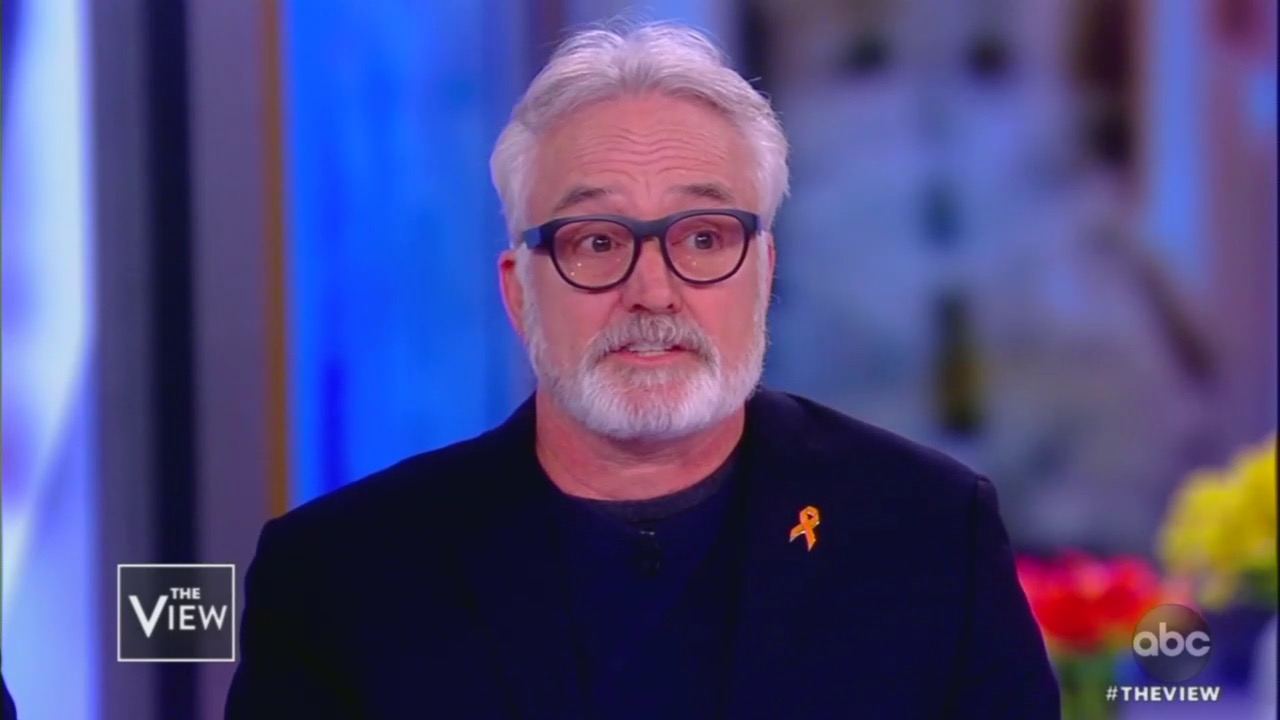 Left-wing actor and activist Bradley Whitford, whose most famous for his role on The West Wing, appeared on ABC’s The View Friday to promote his newest project but the hosts mainly wanted him to rant about the "real" national emergency being gun violence, instead of illegal immigration.

WHITFORD: I think that's -- it's a completely manufactured, insane moment that we're in. This pin I wear is -- Jamie Guttenberg who was slaughtered in her school in Florida, 40,000 -- between 30,000 and 40,000 people die every year in this country in gun-related violence. That is an emergency.

Whitford went on to bash Trump as “Daddy” calling him “nuts” and “insane:”

WHITFORD: Listen, this is an insane situation... Daddy's nuts.You know what I mean? We're forced into a relationship and we have to get together and talk about it and remind ourselves --

The actor sure has a way with words when it comes to Trump. Last year, he told MSNBC's Chris Matthews that Trump's State of the Union address was "like floating in a river of civic dysentery."

Whitford kept ranting, repeating, "What are we going to do? It's insane!" Friday co-host Ana Navarro jumped in to say we needed to "bubble wrap RBG [Ruth Bader Ginsburg]."

After one question about his new television series, Navarro again invited the actor to rant about guns, saying that Republicans, like Lindsey Graham, were making a mistake in asking Trump to call the border a national emergency, because Democrats could do the same thing when they were in power. Afterwards, Navarro revealed she was “supposed to ask about the movie,” but Whitford jumped in to bash Republicans for wanting “slaughtered children” for “freedom.”

He added the tired line that Democrats aren’t “trying to take people’s guns away,” before Joy Behar jumped in with her own nasty remark:

Listen, just one more thing about guns that I would say respectfully to people who disagree with me. Apparently the idea is that -- I'm sorry but our children being slaughtered in schools with weapons of war is part of the cost of freedom, and universal background checks is too high a price to pay. That makes no sense to me. Nobody is trying to take people's guns away, but we have to get rational about this.

“I think they know it doesn't make any sense. They don't care. They've got the money. They want the money!” Behar quipped as Hostin closed the segment.