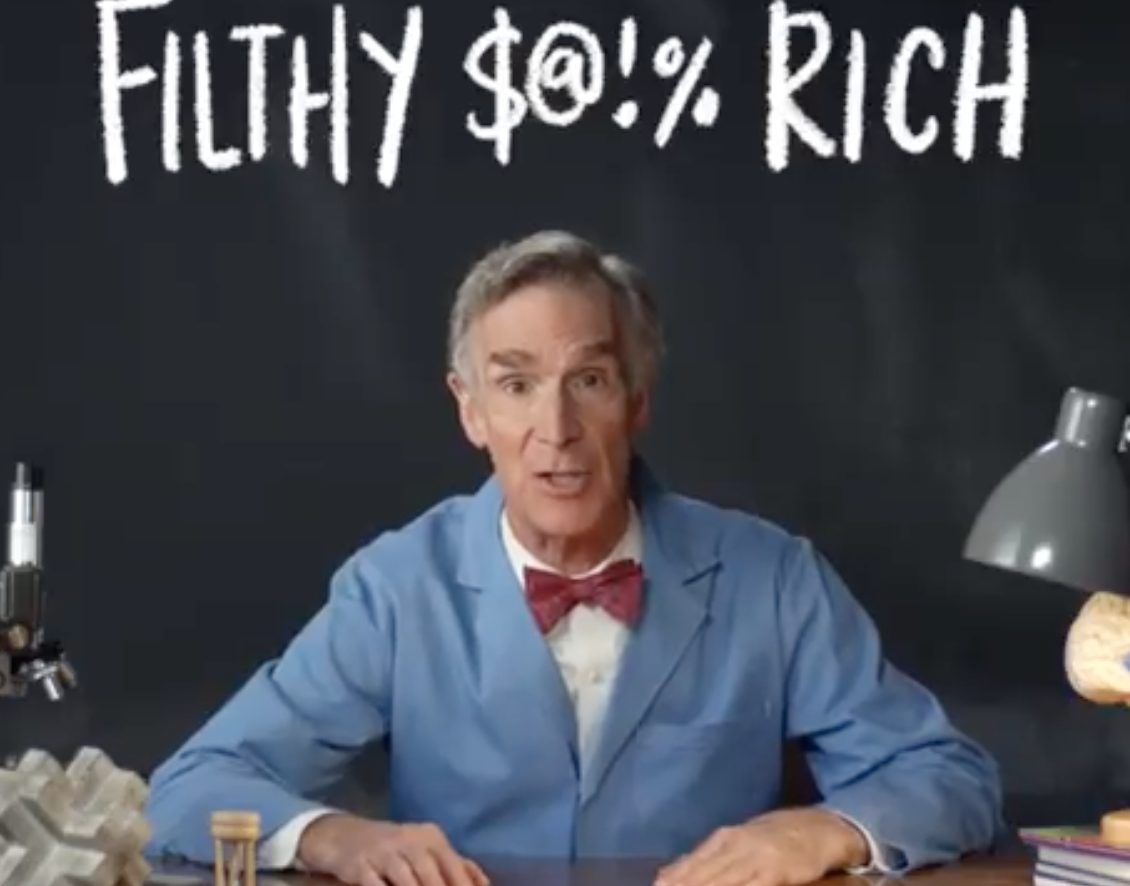 Inventing climate change solutions or technology could you make you a fortune, according to liberal media favorite: Bill Nye “The Science Guy.”

Nye shared an F-bomb dropping video on Instagram on Aug. 13. He said that if his typical warning that the “oceans are rising” wasn’t enough to make people care, he had another reason for them to take action on climate change.

“I’m gonna level with you. The real reason you should do your part to combat climate change is — It’ll make you filthy f---king rich” Nye shouted. “Can you imagine how much sweet, sweet cabbage you’ll be piling up if you could invent a cleaner energy source or invest carbon capture technology?”

Nye added, “So go green and get green. See what I’m saying? And turn off the damn lights!”

Speaking of “green,” he concluded the video urging people to check out the link in his bio to an advertisement he created with Google Chromebook promoting its product over competing laptop technology. The question of how much Nye is being paid by Google to star in its ads remains unanswered.

Considering the comedian/engineer’s popularity, it’s likely a nice pile of “cabbage.” According to the folks at Celebrity Net Worth, Nye’s net worth is $6.5 million.

Even though Nye is not a scientist, his catchy nickname and children’s TV show propelled him into the public consciousness as a “scientist” and the liberal media treat him as a scientific expert. He appeared on CNN Reliable Sources host Brian Stelter’s podcast to promote climate change alarmism on May 30. MSNBC brought him on to attack climate “denialism” during Hurricane Florence in 2018. CBS This Morning and The Washington Post fawned all over him in 2017. The Post even called him an “icon.”