CBS to Bill Nye: Why Are People So ‘Reluctant’ to Just Trust You?

The journalists at CBS This Morning on Monday conducted a fawning interview with environmental activist Bill Nye. Rather than offer any hard questions, Charlie Rose offered softballs such as asking, “Are other countries more curious about science than we are?”

Later, Rose marveled, “The area that you're concerned about, climate change, why do you think... so many people are reluctant to accept what others believe science tells them?”

This is the same Nye who used his new show to go after “religious leaders” and “climate deniers.” The Washington Post similarly gushed over Nye as an “icon” ready for his “movement.” 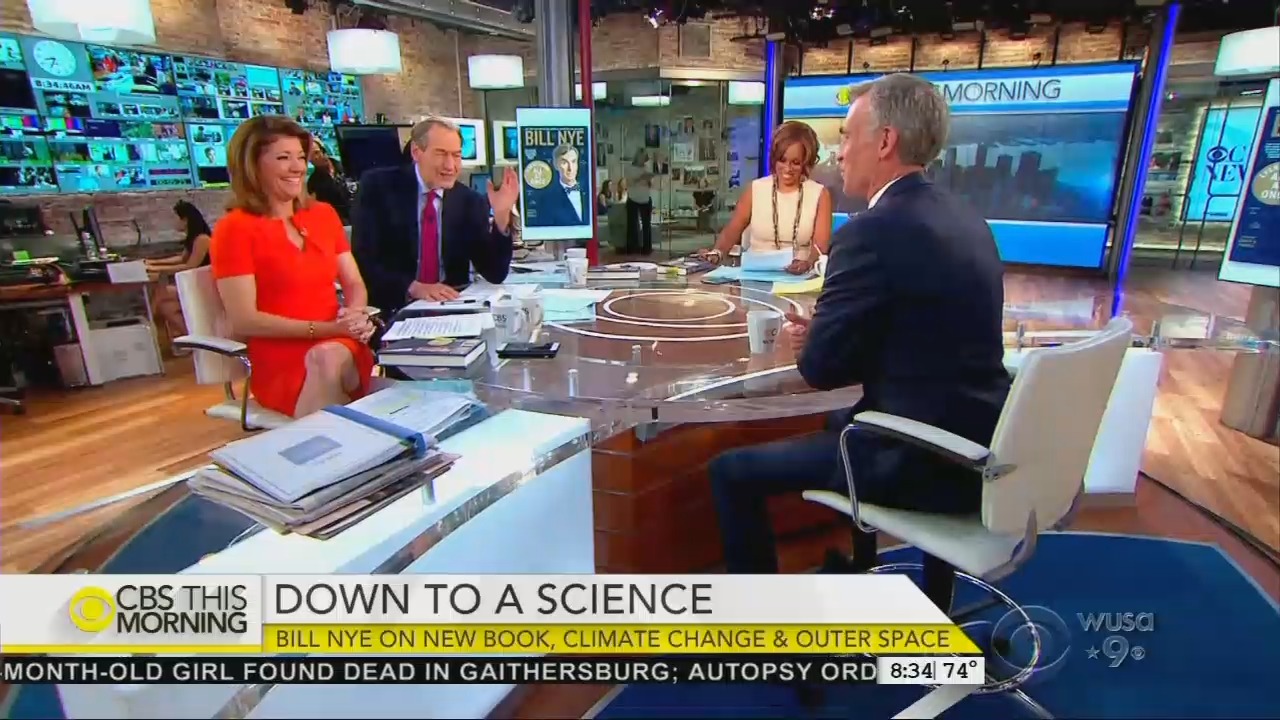 NORAH O’DONNELL: Bill Nye has worked for decades to get audiences excited about science.

CHARLIE ROSE: Nye left engineering to bring his signature blend of education comedy to a Seattle TV show where he regularly conducted wacky experiments. He later hosted the popular and influential Bill Nye the Science Guy. Nye covered everything from atoms to the atmosphere and won 19 Emmys along the way. He's since become an outspoken advocate for science the urgent need to tackle climate change. Nye has written a new book: “Everything All at Once: How to Unleash Your Inner Nerd, Tap Into Radical Curiosity and Solve Any Problem.” That’s a long title. Bill Nye, good morning. 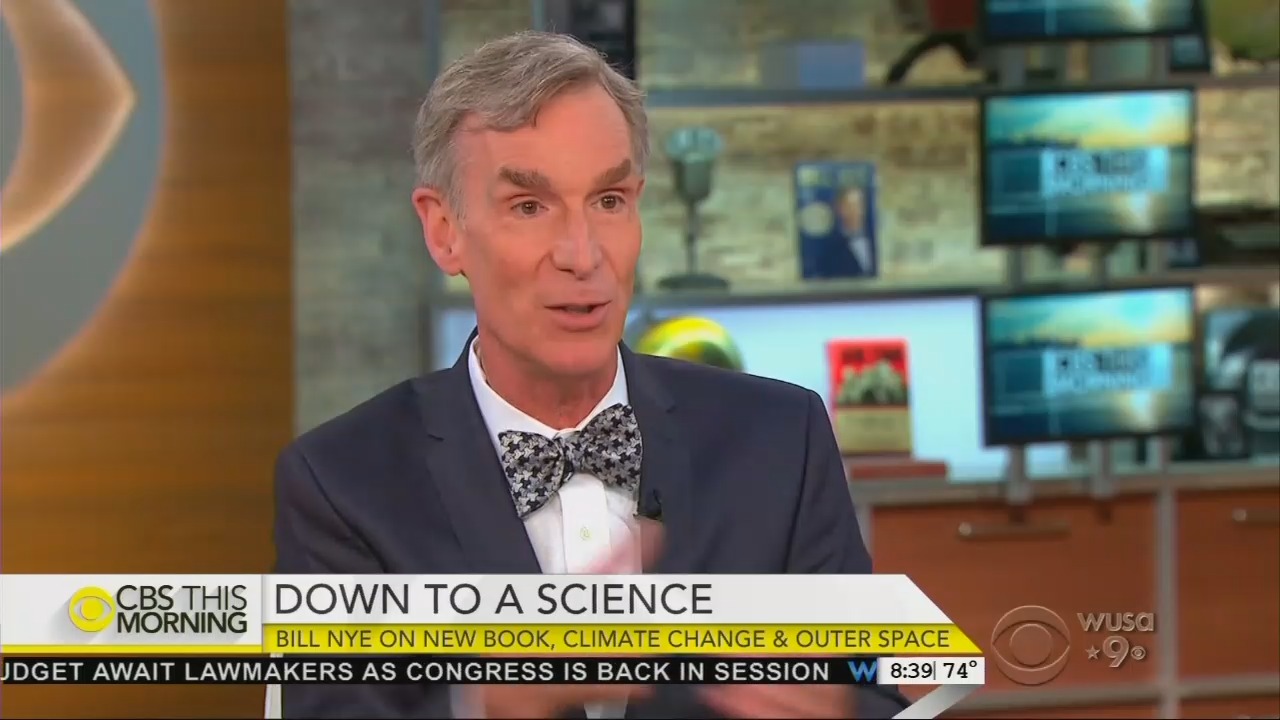 BILL NYE: You can read it anywhere.

O’DONNELL: It's for people who know how to read.

ROSE: So your message is tap into your curiosity about science because?

NYE: So we can change the world for the better, that everybody has something they're passionate about, I claim. I bet your story telling is one of your things. So by getting that same energy, I think we can leave the world bet than we found it.

ROSE: Are other countries more curious about science than we are?

NYE: Right now, yeah. But still it's this thing where the very best of the best or really good research done many the United States at a high level, when you want to engage everyone in the world.

ROSE: Could we lose that if we somehow lost our --

NYE: Well, sure. If you like to worry about things, you're living in a great time.

GAYLE KING: But what is it about the nerd brain that you think is something we should all try to strive for?

NYE: Well, just at solving problems, by thinking rationally about problems enables you to get better answers than just relying on your instinct.

NYE: So, everybody, one of the things I talk about in the book is the upside down pyramid of design. What happens changes everything. So, the health care debate, as a citizen, we're looking at two different views. One is “let's provide health care to as many people as we can afford.” The other is “let’s  provide health care to everyone.” It's almost the same but not quite the same. So if you start with those two different ideas, you're going have a lot of trouble. So, yeah, the technology to save health care, to reduce health care costs is available. And by the way, you have to protect the internet. You have to protect electronic information if we're going to rely on it in this extraordinary way, the way we do today. And that’s also a solvable problem, everybody. It's not okay to be hacking the internet. That’s not good. We can do this.

ROSE: But what you're talking about, it seems to me, is not so much science, per-se, but it is the creativity of problem-solving.

NYE: Also believing you can solve the problem. This is the premise in science, everybody, so far is that we can know nature, that we can understand things. If you go into it, we can't figure this out. We can't —  then you won't. It gets --

ROSE: The area that you're concerned about, climate change, why do you think there is such a—  so many people are reluctant to accept what others believe science tells them?

NYE: Well, it's closing your eyes to a situation you do not wish to acknowledge. You guys, for you conspiracy buffs, there's been an extraordinary effort by the fossil fuel industry to suppress the facts of climate change. But our claim on the engineering side is there is enough energy in sunlight, wind, and a little bit of geothermal, a little bit of tidal energy to run the whole place right now, renewably, if we just decided to do it. And what I tell everybody, my grandfather went into World War I. I guess he was not the world's greatest horseman. But he did it. He rode around late at night along trenches in the dark. But nobody ride as horse now for a living.... People don’t get around New York City on horses. Everything changed in a two decades. So let’s change everything!