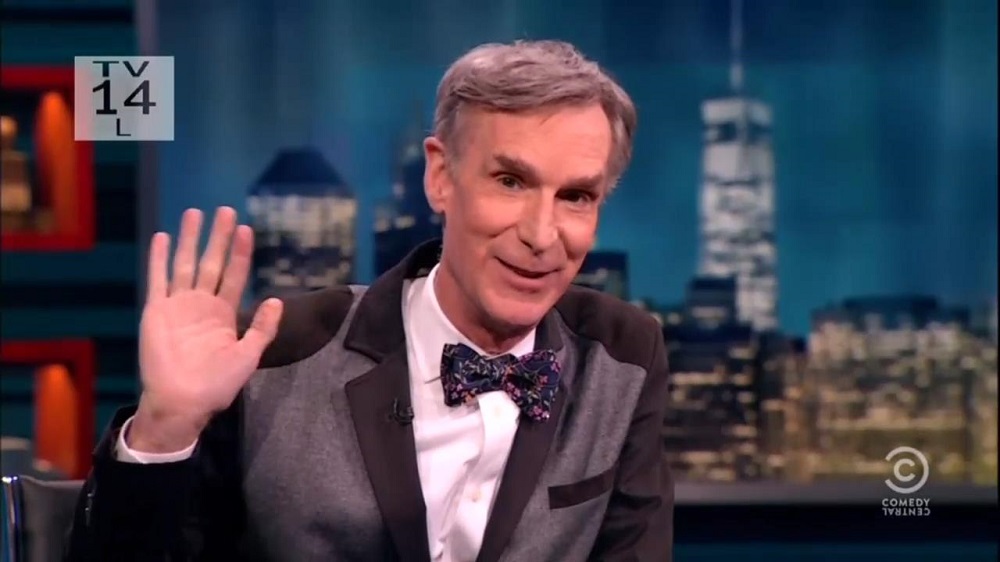 The Washington Post on Monday offered a glowing look at “icon” Bill Nye, celebrating his “movement” coming to fruition at this past weekend’s March for Science. Writer Caitlin Gibson sounded as though she was describing a rock star: “The moment he emerged onstage in a black jacket and red bow tie, the crowd noise hit near-deafening decibels. A sea of iPhones appeared, everyone stretching and jostling for the best possible photo angle. They cupped their hands to their mouths, screaming his name.”

Describing the march of liberal activists as “as significant moment” for science, she informed readers that Nye’s “vaguely Vulcan eyebrows are streaked with gray, and his persona has assumed a new edge.”

Gibson asserted that it’s Nye’s opponents who are political:

The fight is political, but not partisan, he emphasizes. Still, he has drawn his share of partisan critics. Some, like Sarah Palin, have questioned whether Nye is actually qualified to speak on behalf of science: “Bill Nye is as much a scientist as I am,” she once declared.

If the March for Science wasn’t political, why were there signs that said “resist Trump” and vowed to fight “male privilege.”

Nye bows his head slightly, then raises his hand into the air, three fingers outstretched. It’s the motion of a teacher trying to quiet a classroom, reminding his students to focus — not on him, but on what he taught them. He counts down: “Three, two, one!”

And they answer in heartfelt unison: “SCIENCE!”

Ms. Gibson could have pointed out some of Nye’s extreme statements, such as comparing the climate fight to winning World War II. Or that his new Netflix show will target “religious leaders” and “climate deniers.”