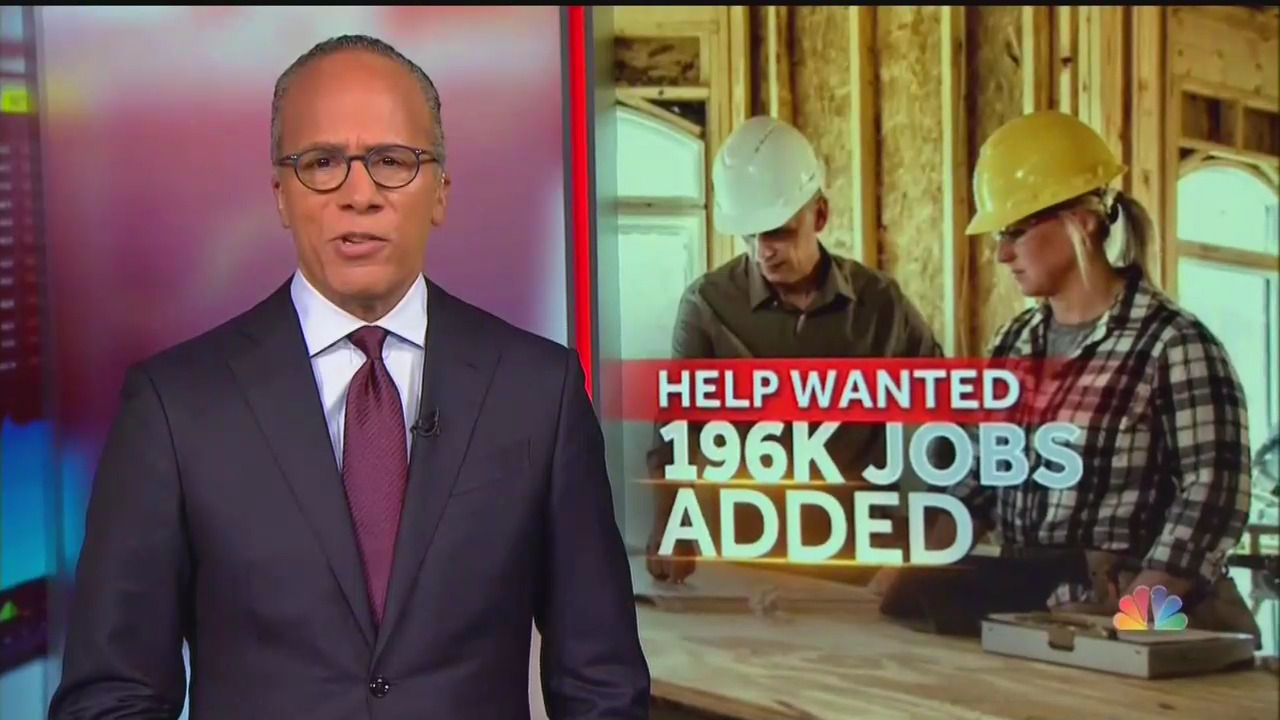 Given the very few job gains in February and rampant media speculation in March about a coming recession, it was essential that all three evening news shows update their audiences about jobs and unemployment April 5.

But not all of them did.

Of the three broadcast networks, the CBS Evening News was the outlier that ignored the jobs report that night. ABC's World News Tonight with David Muir and NBC Nightly News reported the March jobs report which showed 196,000 jobs added, and unemployment remaining extremely low at 3.8 percent.

But even those were brief mentions. Nightly News spent just 15 seconds delivering the “positive” economic news.

Meanwhile, World News Tonight gave just 12 seconds to the latest numbers, which anchor David Muir said were “rebounding from a disappointing February that raised fears of a slowing economy.”

Neither ABC, nor NBC acknowledged that the much stronger March report eased many of those fears about recession — fears the liberal media promoted daily throughout the month of March.

On April 5, The Wall Street Journal wrote that the latest jobs report “relieves fears about hiring significantly downshifting.” Barron’s wrote that “The Dow is rising because solid March payrolls should end the recession debate.” And one MarketWatch op-ed said, “The jobs report nails it: It’s a slowdown, not a recession.”