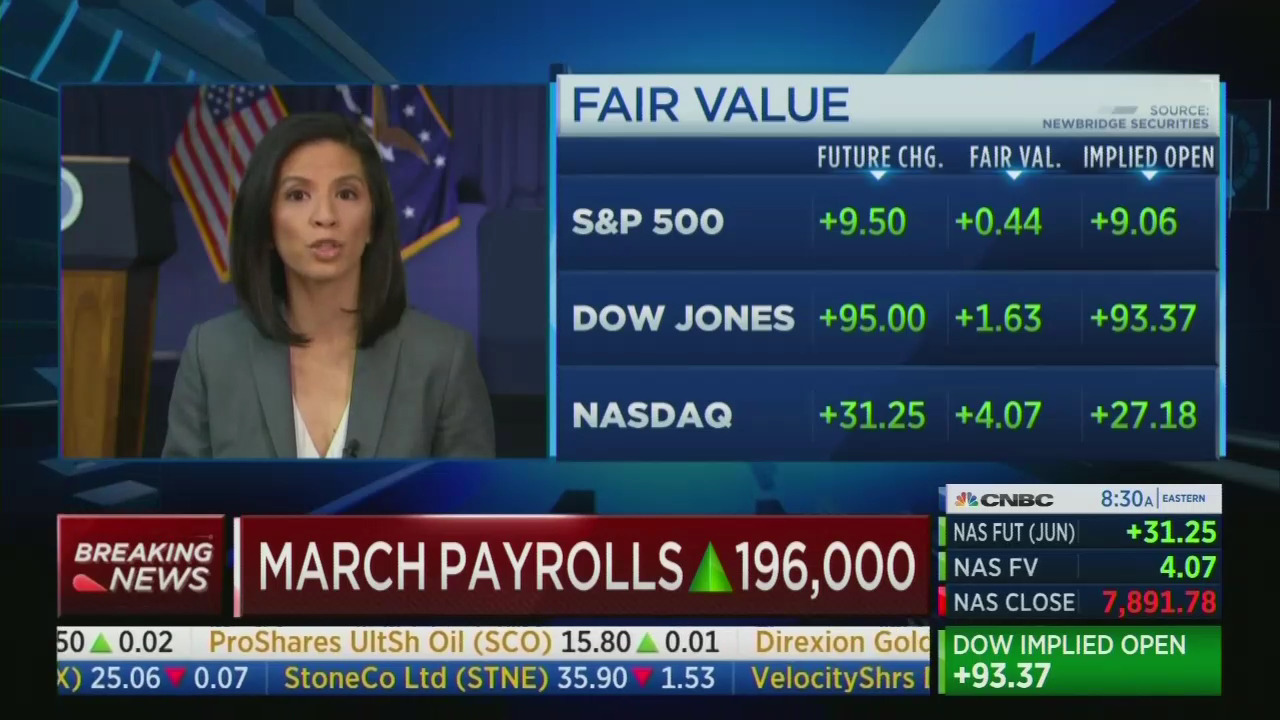 The strong March jobs report “should end” concerns that a recession is “lurking” as one Hill op-ed suggested March 1. The media worried and speculated over recession throughout the entire month of March.

That bounceback was good economic news and some media quickly admitted it reduced worries over a coming recession. The Wall Street Journal wrote that “relieves fears about hiring significantly downshifting.” Barron’s wrote on April 5, “The Dow is rising because solid March payrolls should end the recession debate.” CNBC.com talked to experts who said it meant “the US economy is not stalling out.” And MarketWatch published an opinion column headlined, “The jobs report nails it: It’s a slowdown, not a recession.”

The jobs report and other data “points to what most experts have been saying all along — the economy will slow down this year, but not likely past the low 2% range where it has been banging along for years now,” MarketWatch writer Tim Mullaney wrote.

He found economists tweeting optimistically too. “Latest jobs numbers show a damn healthy economy,” University of Michigan economist Justin Wolfers said on Twitter. “Over the past three months, the economy has produced on average +180k jobs per month. Which is smoking.”

“A good March report shows that February was more of an outlier than a canary in the coal mine,” CUNA Mutual Group chief economist Steve Rick told NBC News online.

The rest of that quote appeared on CNBC. Rick had also said, “With a strong March employment report now in the books, we’ve gotten some reassurance that the labor market is still strong.”

CNBC reported that the jobs report “is likely to restore some confidence in a labor market that had looked shaky and an economy whose prospects were equally uncertain.” They also quoted TIAA Bank president of world markets Chris Gaffney who said it meant the economy “is not stalling out.”