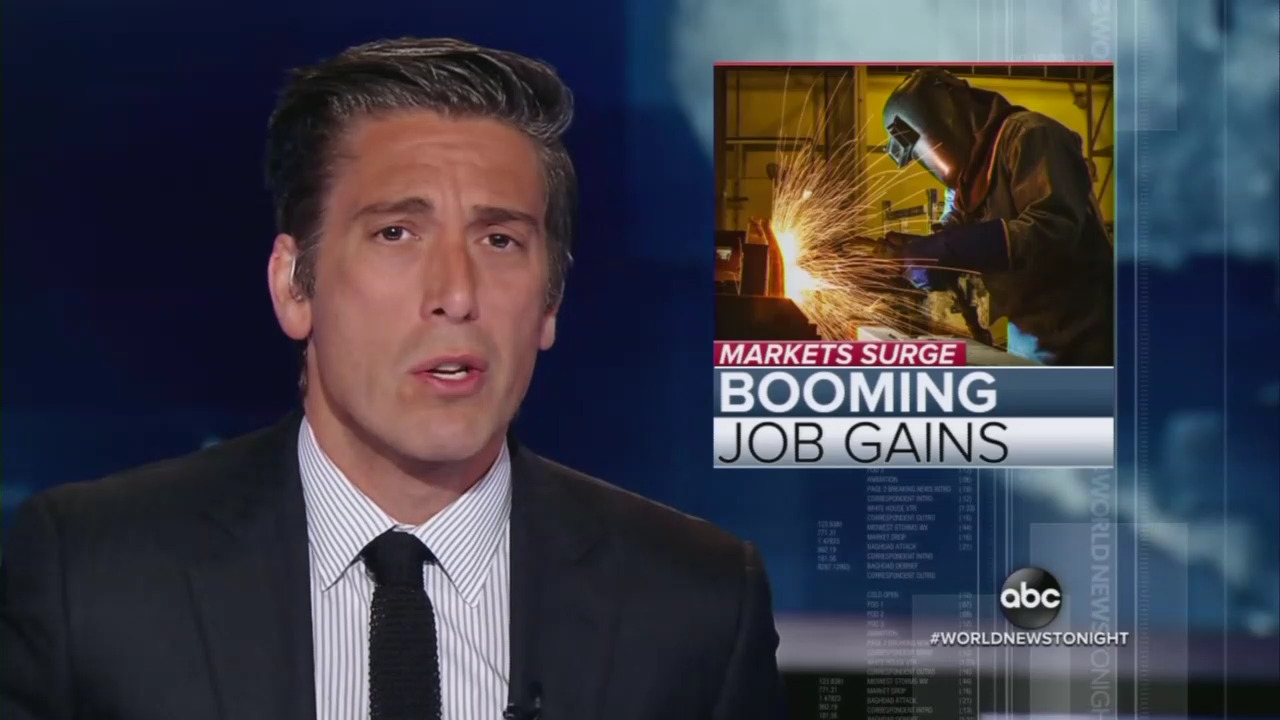 Job growth has been on a tear under President Donald Trump and the booming labor market helped narrow the unemployment gap for prominent minority groups. The networks just didn’t bother reporting it 95 percent of the time.

Despite eight separate records, there was just one story mentioning a demographic record low during ABC, CBS or NBC evening news jobs reports. That means 95 percent of broadcasts on the day records were announced actually ignored the records. (20 of 21 evening broadcasts the day Bureau of Labor Statistics data confirmed a record low.)

Records were set in seven different months, with two records occuring in the same month. Even four record-setting months in a row — April, May, June and July 2018 — couldn’t get much network attention.

Just one story on the three broadcast networks acknowledged any of the record lows. That CBS Evening News story on June 1, 2018, indicated that the unemployment rate for African-Americans dropped to an “all-time” low of 5.9 percent.” It still failed to note that Asian-American unemployment also declined to a record low of 2.1 percent that month. 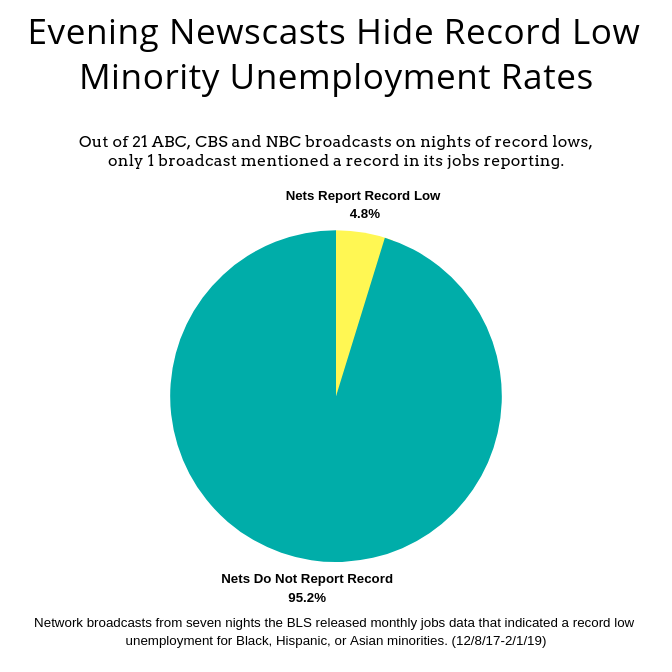 Meanwhile other outlets were reporting the good news, especially when Trump or his administration praised the numbers. CNN Money admitted on Dec. 8, 2017, that Ivanka Trump was “right” about a new all-time low of 4.7 percent Hispanic unemployment.

“It’s certainly good news for the Hispanic community, which makes up 17 percent of the U.S. labor market,” CNN reported.

"Hispanics are more confident about their personal financial situation than the general public, and they're also more optimistic that their family's financial situation is going to improve in the next year," Jens Manuel Krogstad of Pew Research Center told CNN that day.

Even a fellow from the left-wing Urban Institute told CNN "It is positive to see that for all these cases the unemployment rates of minorities have gone down substantially."

None of the three evening newscasts reported the good news for Hispanics that night. Perhaps because they paid so little attention to jobs as a whole, devoting just 50 seconds combined across the three network broadcasts.

In the next month’s BLS report, the unemployment rate for blacks fell below 7 percent for the first time to 6.8 percent. It was released Jan. 5, 2018, but ABC World News Tonight, CBS Evening News and NBC Nightly News again failed to report it that night. Their combined 48 seconds of coverage focused solely on the national rate and “fewer” job gains that month.

MRC Business watched all the coverage of jobs on ABC, CBS and NBC evening newscasts on Fridays that the Bureau of Labor Statistics released monthly employment situation reports. We analyzed a total of 45 broadcasts between Dec. 8, 2017, through Feb. 1, 2019, that corresponded to 15 months of BLS data. Each network report on jobs was examined for any coverage of minority employment records that took place in seven of those months. The BLS began tracking unemployment by race and ethnicity in the early 1970s.