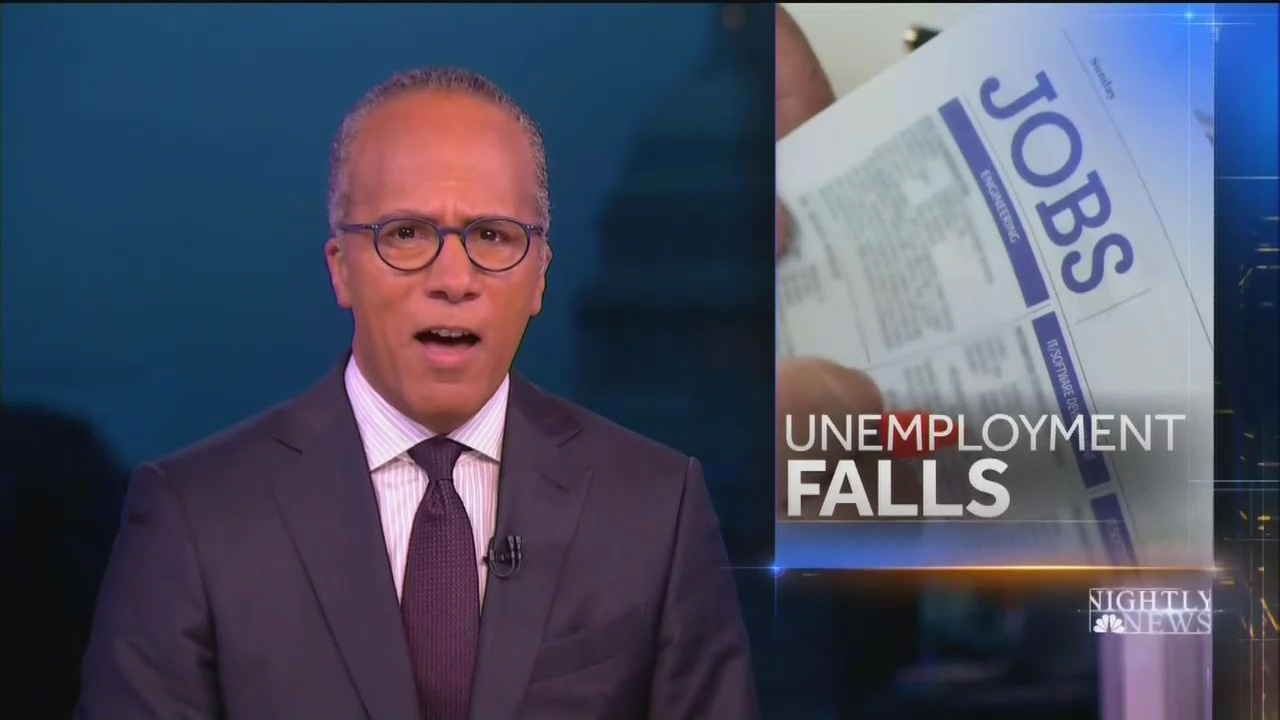 Jobs growth has been one of the brightest economic growth points under President Donald Trump’s administration. Even the year after many economists anticipated the U.S. was “at or near” full employment, monthly jobs gains continued to add up.

What hasn’t added up is the evening news shows giving the president or his policies credit for helping spur that jobs boom.

In the past 15 months of their coverage of regular jobs reports, the networks almost never gave Trump any credit for that economic success. Stories sometimes mentioned that he was taking credit or celebrating good jobs news. But out of 45 broadcasts the night of monthly jobs reporting there was just one network story about jobs that gave Trump any credit at all — they refused to credit him nearly 98 percent of the time. 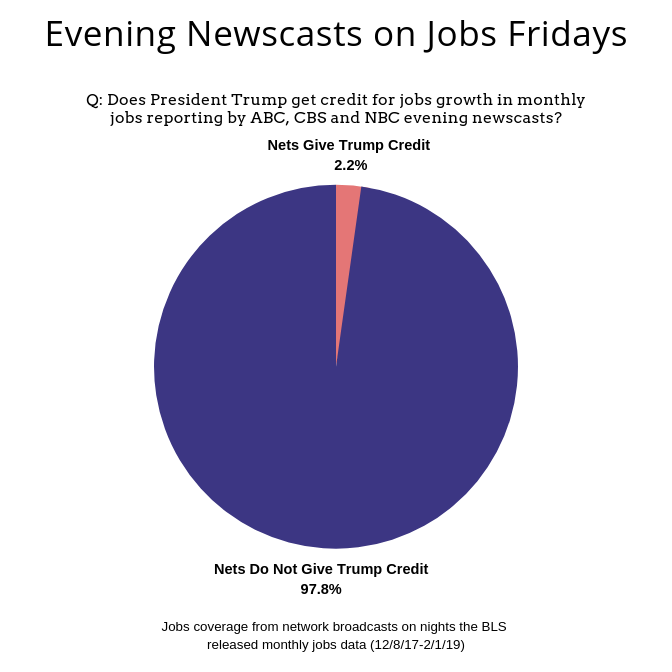 Since that November 2017 monthly jobs report, the U.S. has added more than 3 million jobs. Trump often celebrates good employment news, as he did on Jan. 8, 2018, when he tweeted African-American unemployment is the lowest ever recorded in our country. The Hispanic unemployment rate dropped a full point in the last year and is close to the lowest in recorded history.”

Following that tweet, left-wing NPR issued a “Fact Check” and was forced to admit “Trump’s numbers are right,” but of course it didn’t want him to get credit for helping boost the economy. NPR insisted “It’s generally a stretch for presidents to take credit for job creation.”

Like NPR, the networks were reluctant to give Trump any credit for job gains and falling unemployment rates (for minorities or anyone else).

That NBC story aired Jan. 4, 2019, following the huge December 2018 report of 312,000 jobs added that defied economists expectations. Nightly News included a quote from CNBC’s senior economics reporter Steve Liesman saying Trump is taking credit for job growth and “he deserves some of it, but not all of it.”

Of course some argue Trump deserves far more credit than the liberal news media are willing to admit.

“[I]n Trump’s first 22 months, the unemployment rate has declined 1.2 percentage points to nearly a 50-year low with no concurrent decline in labor participation. The entire decrease has been due to actual job growth in a strengthening economy, rather than people dropping out of the labor force in a stagnant economy,” Puzder wrote for Fox News online. He also pointed to optimism among small business as “great news for workers.”

In January 2018, A Wall Street Journal survey of 68 business, financial and academic economists asked if Trump or Obama deserve the credit for the strengthening economy.

“Economists surveyed by The Wall Street Journal say President Donald Trump has had generally positive effects on U.S. economic growth, hiring and the performance of the stock market during his first year in office,” the Journal reported.

It continued, “a majority of economists said he had been somewhat or strongly positive for job creation, gross domestic product growth and the stock market.”

And those economists cited his administration’s pursuit of deregulation and the passage of the tax bill as reasons for economic and jobs growth.

MRC Business watched all the coverage of jobs on ABC, CBS and NBC evening newscasts on the Fridays that the Bureau of Labor Statistics released monthly employment situation reports. We analyzed a total of 45 broadcasts between Dec. 8, 2017, through Feb. 1, 2019, that corresponded to 15 months of BLS data.