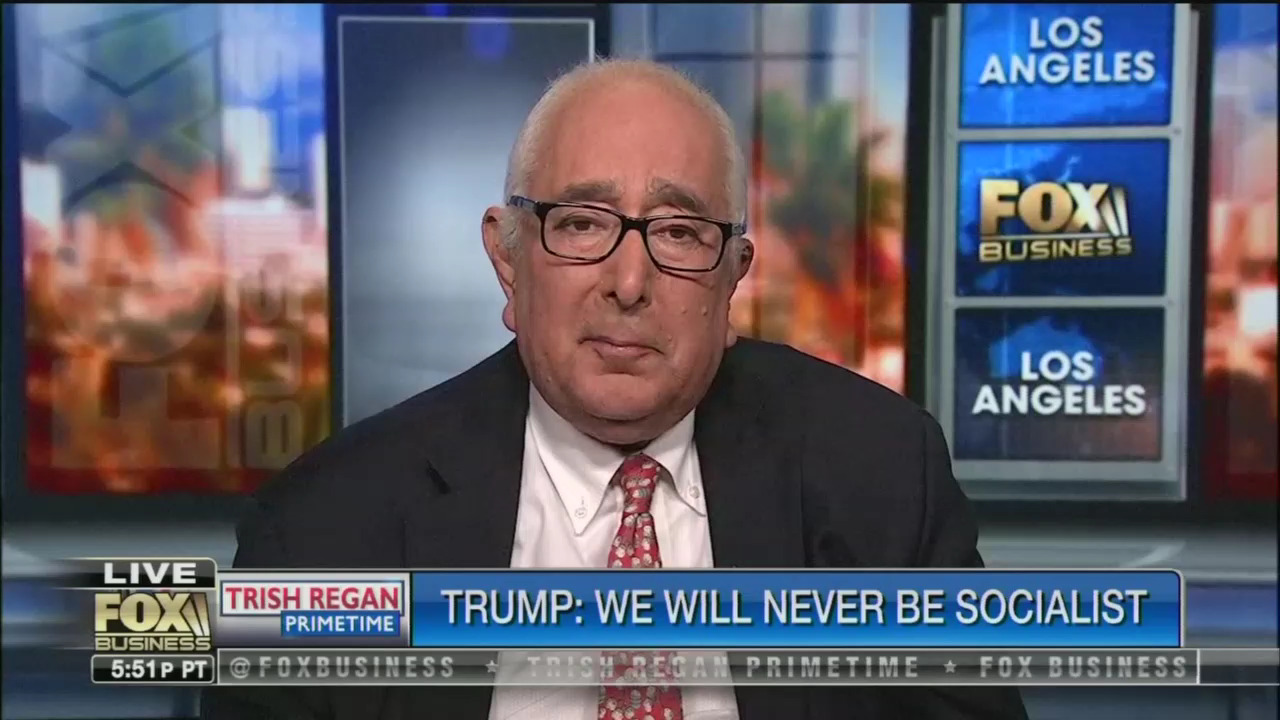 Economist Ben Stein provided a harsh reality check of socialism, as youth, politicians and the media turn ever leftward. His criticism of socialism and the Green New Deal sharply contrasted with recent liberal media reactions.

“If the Green New Deal were ever signed into law on that day the American people would be bankrupt forever,” Stein told fill-in anchor Susan LI on Trish Regan Primetime. The interview aired on Fox Business Feb. 18. Stein is a well-known economist, in part, because of his many TV and movie appearances including Ferris Bueller's Day Off, Dave, and Win Ben Stein's Money.

When asked about the growing popularity of democratic socialism and proposals such as the Green New Deal he warned that such policies would “literally bankrupt” the country.

Liberal media reactions to the Green New Deal have been just about anything but critical. The network evening shows chose silence on the subject, even in a week of embarrassing fallout over the proposal. ABC’s political director defended the Green New Deal on The View Feb. 14, while NBC’s Meet the Press moderator Chuck Todd helped promote it.

The Washington Post chose not to give Democratic Rep. Alexandria Ocasio-Cortez’ staff “Pinocchios” after they misled the public, because they “disowned the FAQs and the statements that went beyond the resolution.” That FAQ included laughable content such as building so much high-speed rail “air travel” becomes unnecessary. However, days later it gave Republican Rep. Liz Cheney “three Pinocchios” for speculating the Democrats want to outlaw air travel and cars — conclusions directly connected to the FAQ originally released with the Green New Deal.

Even before the official announcement from Ocasio-Cortez and others, The Washington Post and New York Times were promoting the concept with at least 21 news and opinion pieces about a Green New Deal in the month between Dec. 16, and Jan. 15.

The media have also been working hard to downplay socialism as a threat. On Feb. 20, CNN's John Avlon aired a "Reality Check" telling viewers "Don't believe the hype of the choice we face between capitalism and socialism."