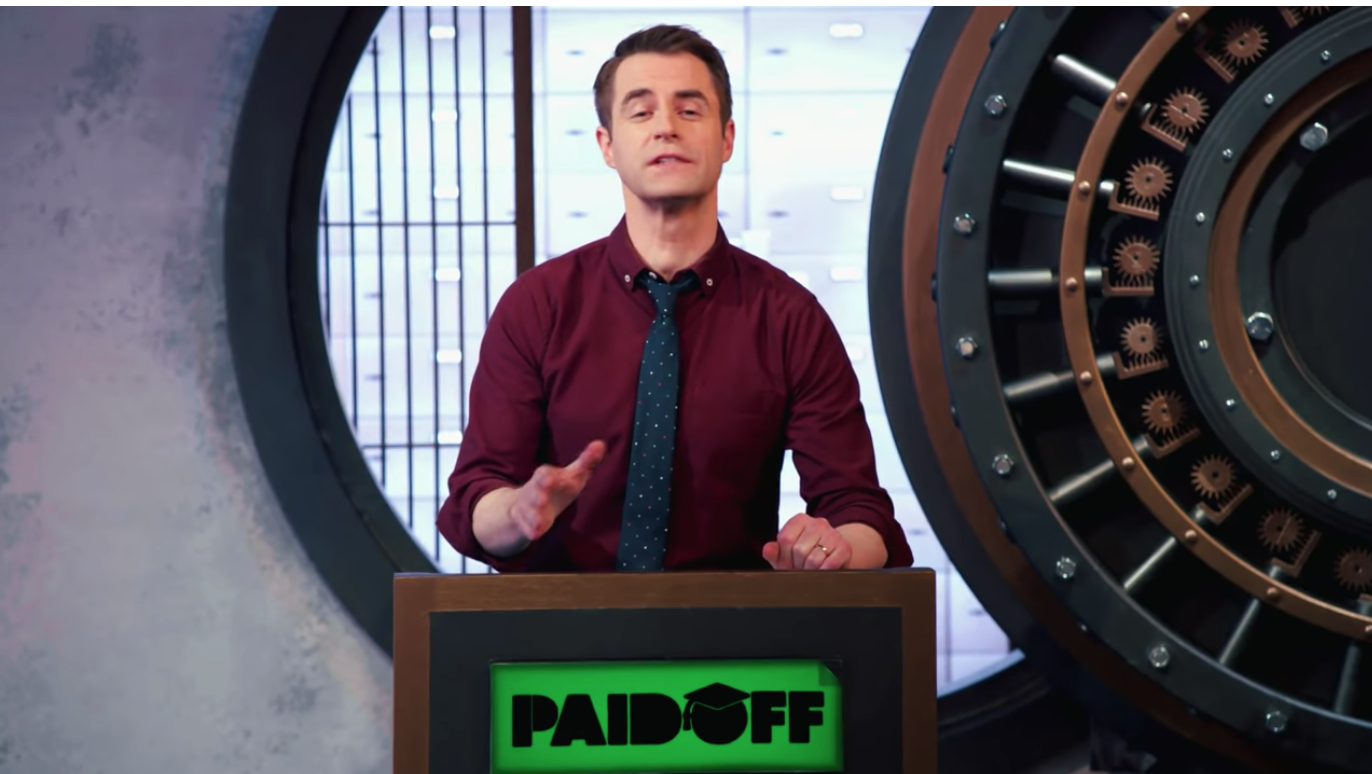 Paid Off is a brand-new TV game show that claims to be “working to end the student debt crisis.” The show’s host even told a liberal magazine Paid Off stands on the shoulders of the Occupy Movement, revealing the game show’s tilt to the left on the issue of student loans.

According to the Federal Reserve Board of Governors,“The typical amount of education debt in 2017 among those with any outstanding was between $20,000 and $25,000.” Pew Research found wide disparity of total debt, depending on education level.

More accurately, it’s rewarding one student at a time the funds to pay off their entire student debt, if they defeat competitors in a series of quizzes and zany games. “The more you know, the less you owe,” proclaimed host Michael Torpey in a trailer for the TruTV series which premiered July 10.

The creators obviously view student debt as unfair and encourage contestants to flip off Congress over their burdens and, as the left-wing Atlantic put it “craftily skewers the system that lured its contestants into debt.”

When it comes to debt, especially student debt, liberals consistently oppose personal responsibility, ignore individual choice and embrace politicians like socialist Sen. Bernie Sanders who promise “free” college or elimination of student debt — when really that burden would simply be redistributed to taxpayers.

In the case of Paid Off, the burden is voluntarily being shouldered by Turner Broadcasting.Taxpayers will, no doubt, prefer this scenario, even if the Atlantic finds it “mildly nauseating.”

The Atlantic called Paid Off “television so dystopian, even its host says, ‘It’s a show that shouldn’t exist.’”

“[A]t a time when politics and television have become hopelessly entangled, here television that feels like a highly concentrated, mildly nauseating encapsulation of the zeitgeist,” the Atlantic continued.

Of course, the liberal publication complained about the student debt as a “uniquely American” problem since certain European countries’ have universities which offer “free tuition” and still other countries have less expensive colleges.

The left continually blames student debt on the lack of “free” college in the United States rather than a lack of financial literacy, or individuals’ choices of expensive universities, too much debt and/or degrees that fail to help them find employment later on.