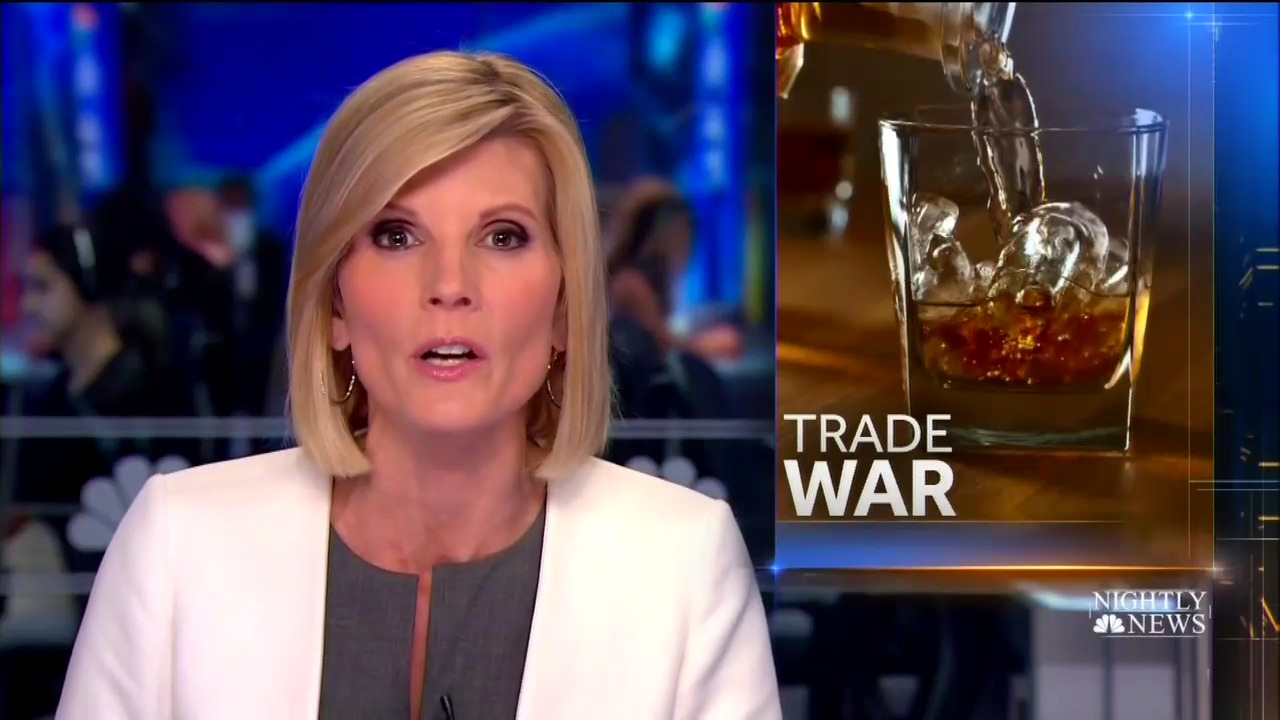 The “booming jobs market” got very different treatment from each of the three broadcast networks as unemployment dropped to 3.8 percent.

While ABC, CBS and NBC evening news shows all reported the “stronger than expected” numbers, NBC Nightly News spent more than four times as long complaining about a tweet from President Trump ahead of the jobs numbers and fears of a trade war that “threaten” American jobs on June 1. CBS Evening News shortchanged the economy, spending only 17 seconds on the latest employment data.

Nightly News spent 1 minute 56 seconds on tweet and trade criticism, compared to just 26 seconds on the “robust jobs report” itself and the market rally it prompted.

Rolled into coverage of jobs and that trade story, Nightly News complained about Trump’s tweet that morning which said, “Looking forward to seeing the employment numbers at 8:30 this morning” because he was “breaking with decades of presidential protocol.” Costello depicted it as “Wall Street” getting “advanced notice” since the president received the numbers ahead of time. White House spokesmen defended the action saying “no one revealed the numbers to the public.”

That didn’t stop other media outlets from freaking out over the tweet calling it “wildly inappropriate (and possibly corrupt),” “violating federal rule,” and quoting Obama economist Austan Goolsbee who called it “abuse of the office.” 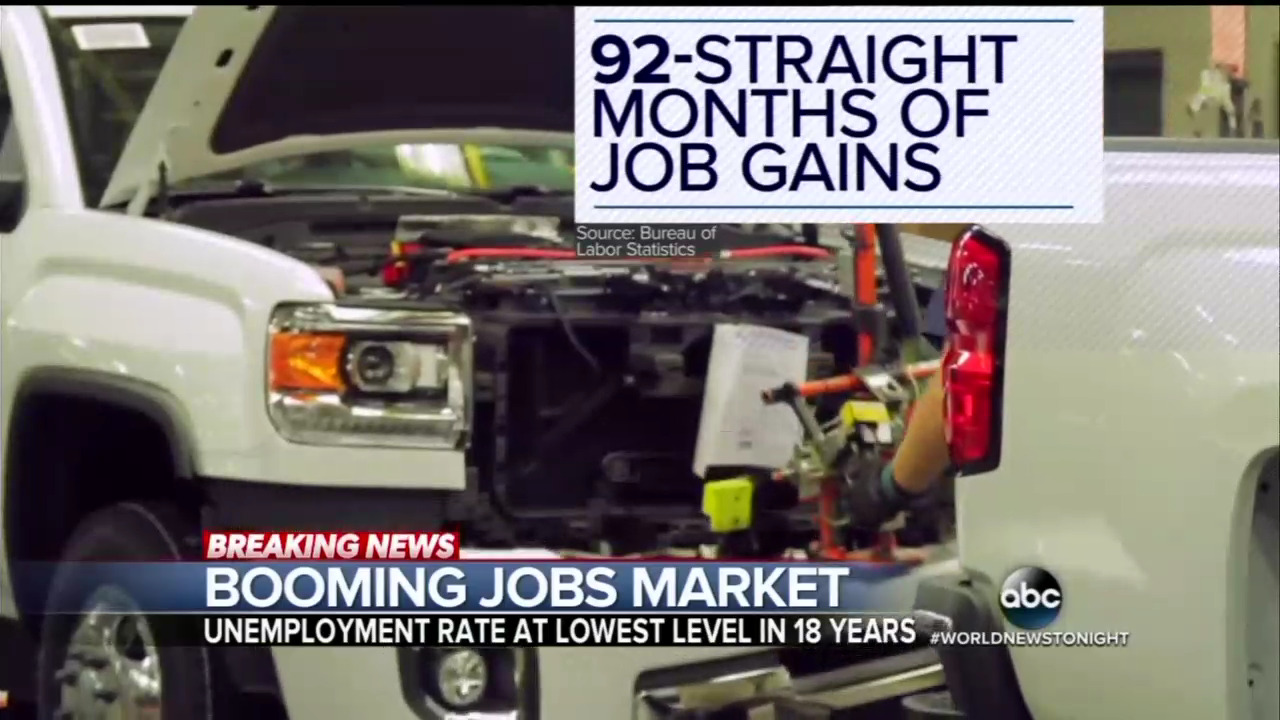 In a change from many other months, ABC World News Tonight — which often spends very little time on the jobs report — aired a positive story about the “booming” jobs market and “hot economy” on June 1 that was almost two minutes long (1 minute 58 seconds).

ABC chief economics correspondent Rebecca Jarvis told viewers, “Tonight, 92 straight months of jobs gains. The longest winning streak ever. The last time the unemployment rate was lower, it was almost 50 years ago, in 1969.”

She included a clip from Trump celebrating the news, pointed out that jobs gains were across several industries and found a trucking business that still has jobs to fill and raised wages to try to attract drivers. Jarvis noted the jobs report showed a “lag in wage increases,” but said the record number of job openings should “force employers to hike pay.”

World News Tonight viewers heard about the possible impact of new tariffs on jobs as well, but took a more measured tone than NBC.

“The new tariffs which took effect today could cost the economy up to 240,000 jobs, not something that would derail the economy, but if tensions were to escalate that number could rise,” Jarvis said.

Even with much more coverage of the latest jobs report, World News Tonight still spent the least amount of time on jobs coverage since the release of the January 2017 jobs report: 7 minutes six seconds. Because the latest jobs coverage was wrapped into a longer segment on trade, Nightly News took the lead for the most job coverage on those on jobs Fridays with 14 minutes 9 seconds of total coverage those nights. CBS Evening News has spent 13 minutes 13 seconds.

MRC Latino analysts found that NBC's Spanish-language sister network, Telemundo, spent 34 seconds on the "country's economy continuing to give good news," on its evening news program June 1. However, anchor José Díaz-Balart also injected an inaccurate, biased note to the report by commenting that "the news was not so good for our community" when in fact the 4.9 percent Hispanic unemployment rate reported for May is nearly a historical low (the record low Hispanic unemployment rate of 4.8 percent was set one month earlier).

Meanwhile, Telemundo's archrival, Univision, spent only 20 seconds on the low unemployment rate. However, unlike his counterpart at Telemundo, Univision anchor Jorge Ramos noted that the 4.9% rate among Hispanics was only one tenth of one percent higher than the record low set the month before.

Methodology: MRC Business has been tracking the amount of time spent on jobs or employment news on the Friday of each month that the Commerce Department’s Bureau of Labor Statistics announces the latest data between Feb. 3, 2017, (the January 2017 jobs report) through June 1, 2018, (May 2018 jobs report). This time tally only reflects the ABC, CBS and NBC evening news broadcasts on those specific nights.