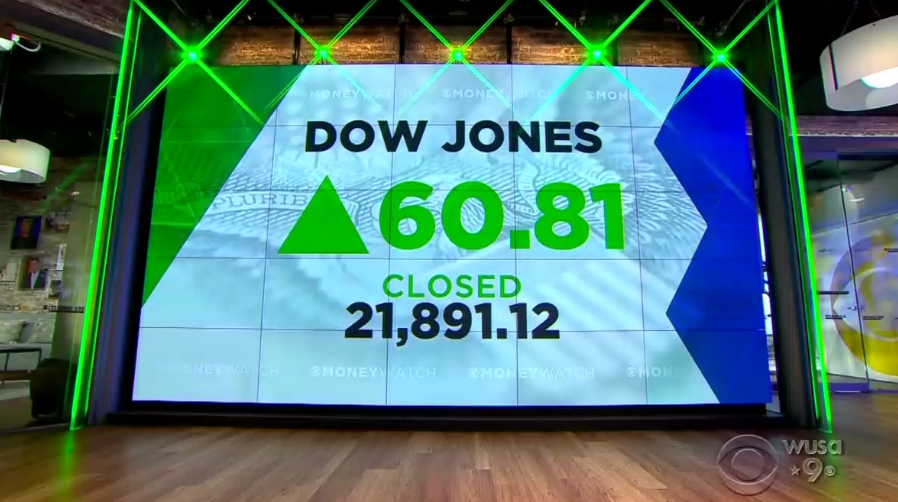 The 30th record was set on July 31, 2017, when the Dow closed at 21,891, prompting speculations about the prospect of Dow 22,000. But none of the three broadcast news programs said anything about the new record the night of July 31. Not one word — CBS only supplied an onscreen graphic of the number with no information about it being a record.

That was part of a pattern where all three broadcast network evening news shows ignored the record highs 80 percent (25 out of 31) of the days they happened.

The very next night the Dow set its 31st record since inauguration day closing at 21,963.92 and all three networks evening shows covered it — at least, briefly. But CBS downplayed the news as anchor Anthony Mason said, “Jim Axelrod reports the strength of the markets may not reflect the overall economy.” 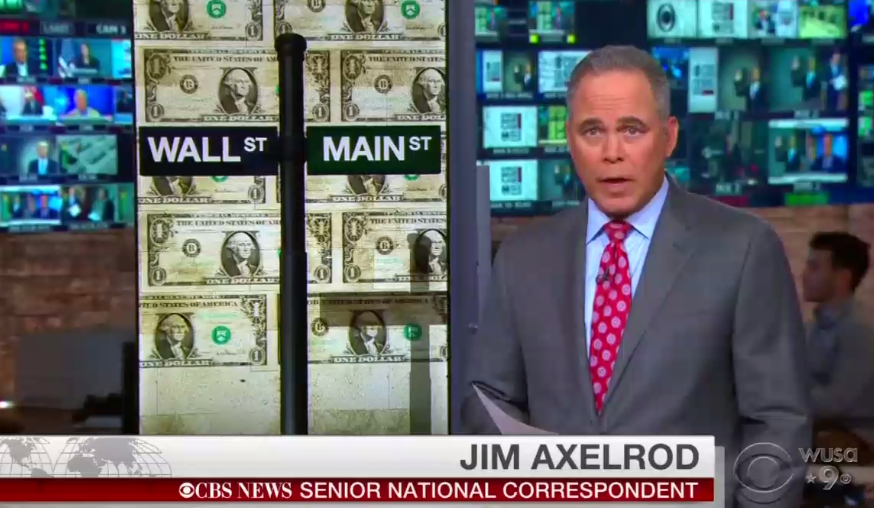 With good news like that for all kinds of investors, including pensioners and middle class folks with retirement funds, one would expect it to be big news. Instead, network silence was typical.

Although ABC, CBS and NBC evening news shows mentioned the stock market or Wall Street or the Dow in 33 stories or news briefs since Trump’s inauguration, they failed to report 25 of the stock market records on the day they took place. That means, they ignored more than 80 percent of them when they happened.

When it came to covering the six stock market records which were reported on the days they occurred, the three networks were nearly identical with World News and Nightly News each reporting five records and Evening News covering four.

Often, the networks waited to report on the historic rise of the Dow until after several consecutive days of record highs as Evening News did Feb. 23, announcing that it was the 10th straight day of new records and admitting the markets “have been on a roll since Election Day.” Immediately following that positive CBS report about the rising markets, Evening News undercut it by saying “the cheers of Wall Street fade outside the cities” to launch into a report on the “American Dream” “in crisis” for farmers in the nation’s heartland.

The evening news shows minimized the “historic run” and new record highs between Jan. 20, and Aug. 1, by giving them little attention, undermining the good news or not providing enough information. World News downplayed growth by using the phrase “small gain” to describe a Dow increase of 274 points in a day. Evening News complained that the growing stocks “may not reflect” the overall economy on Aug. 1.

In that entire time, ABC World News, CBS Evening News and NBC Nightly News programs aired only 19 positive stock market stories. Networks also aired six negative ones focused on significant losses. The loss stories included May 17, Nightly News which asked “Is this the end of the so-called Trump bump?” after the Dow dropped by 372 points.

One additional report from Evening News used an “essentially flat” market day to criticize Trump, who announced his tax cut plan a day earlier. On April 27, then-anchor Scott Pelley speculated that the market didn’t climb “perhaps because the president’s plan was just a single page of bullet points with no details on how it would work and no buy-in in Congress.”

Not Just A ‘Trump Bump’

The Dow’s tremendous rise began thanks to optimism over potential reforms, including corporate tax cuts, proposed by the Trump administration. That was a fact even the networks begrudgingly reported in late 2016 and early 2017.

She added that there was “no question” the “initial” rally began over anticipation of the new administration, but the rally paused due to inability to pass health care and tax reform. Bartiromo said she attributed the renewed rise to business improvement and better than expected profits and corporate earnings and only partly to hope the Trump administration will get tax reform done.

CNBC reported on Aug. 1, that economists are giving Trump only partial credit for an improving economy.

CNBC’s senior economics reporter Steve Liesman wrote that “While most economic say President Donald Trump may be overstating his responsibility for recent better growth and jobs numbers, they say his policies may have had a limited positive influence in some areas.”

Liesman specifically said higher stocks and business confidence could be connected to ending certain Obama-era regulations and said “the wealth effect through the stock market presents a better case for the president's claims. The market shot up when he was elected and has continued to gain since then. A rule of thumb is that every dollar of stock gains produces five cents of additional spending.”

Others gave more credit to the president. MarketWatch summed up a note from Voya Investment Management strategists on July 26, saying that while many policy items are still on the “wish list,” the stock market doesn’t mind thanks to “stealth” factors which included optimism tax reform will eventually happen and “cheering because higher taxes and new regulations are not on the horizon.”

Aly Nielsen contributed to this analysis.