For all that the liberal media and politicians rake CEOs over the coals for being paid too much, it turns out there is a group of people getting paid even more. 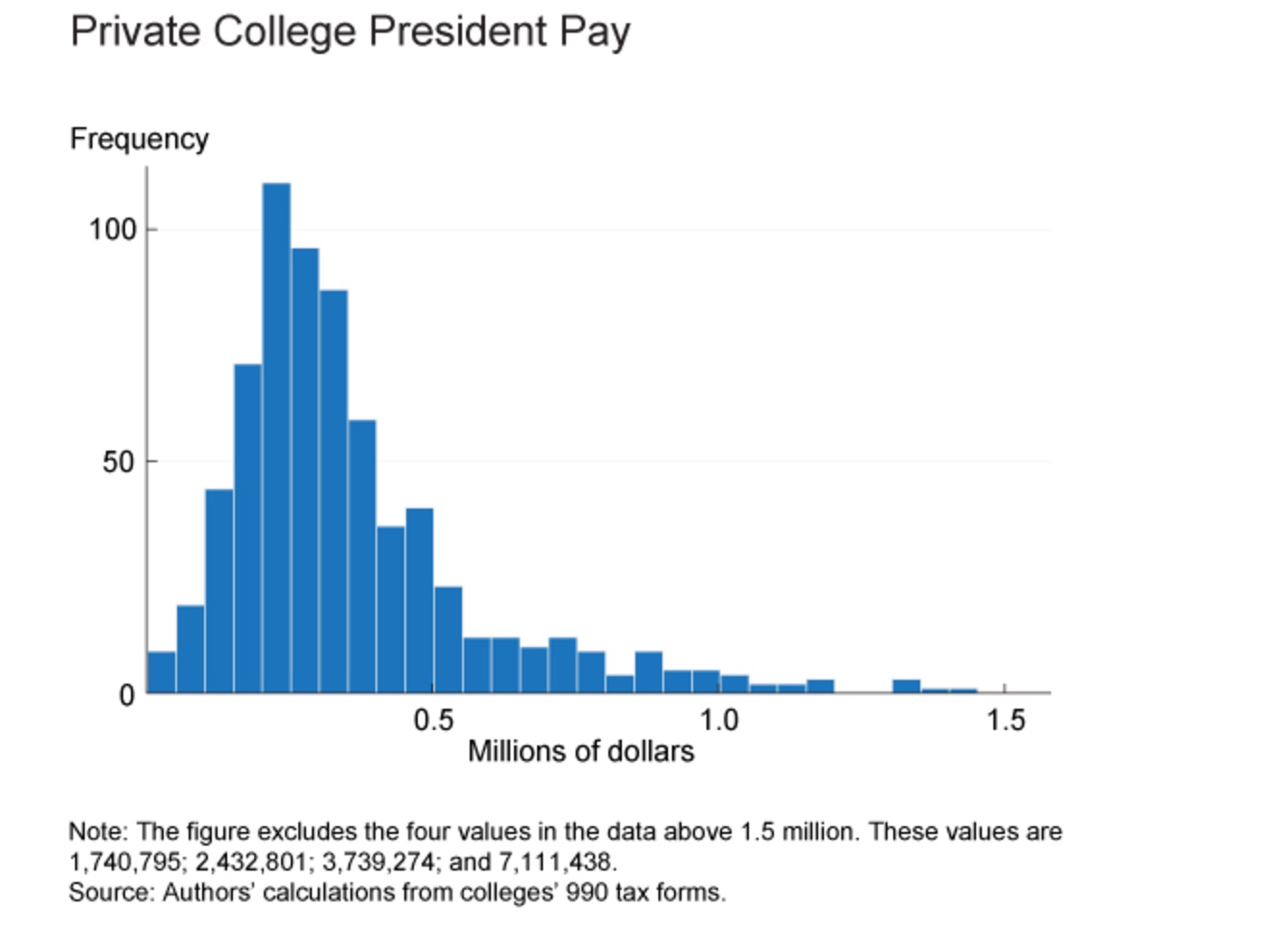 Turns out, the average college president is making $377,261 per year, more than twice the annual haul for the average CEO, according to the Federal Reserve Bank of Cleveland and CBSNews.com. Academia is known to be a bastion of liberal thought, and can be confirmed by Open Secrets information on political donations from the education industry. The industry wildly favors donating to democrats over republicans.

For years, the liberal media have stoked anger and jealousy against CEOs over “breathtaking” and “runaway” pay. They’ve frequently repeated ratios of NBC condemned the “stratospheric sums” of a retirement pay package for Exxon’s former CEO, Lee Raymond. Anne Thompson made sure to point out that some people thought Exxon and UnitedHealthCare’s pay packages were examples of “pay run amok.”

CNN praised an Obama administration plan to cap CEO pay in 2009 as “wildly popular,” while CBS’s Early Show called it “trimming the fat” and other programs failed to include any criticism.

But for many CEOs, their pay is outclassed by academia. Of colleges and universities, research university presidents make the most, with some at the top earning $1.18 million, the Federal Reserve Bank’s research showed. CBS pointed out the ballooning cost of college education in recent decades, but said the researchers did not blame the fat paychecks of university presidents.

"Because the president at a given college is only one person, whereas colleges generally enroll hundreds or even thousands of students, lowering the salaries of college presidents would not do much to contain per-student costs," the researchers said.

While criticizing CEOs for making huge sums of money, the liberal media also skipped over reports that media CEOs were the most “overpaid.” In 2015, Associated Press found that six of the 10 highest-paid CEOs worked in media in 2014. That list included David Zaslav of Discovery Communications, Les Moonves of CBS and executives from Viacom, Walt Disney, Comcast and Time Warner. ABC, CBS, NBC and CNN ignored the report.