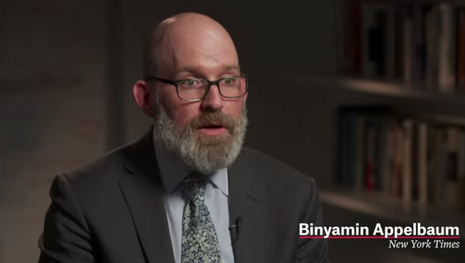 Binyamin Appelbaum, The Times editorial board’s so-called “lead writer on economics and business” argued that the government is actually a victim in the debt crisis that it created. “The Real Debt Crisis Is Low Taxes,” read the headline of his nonsensical Jan. 25 op-ed.

It seems he realized just how stupid his headline sounded as The Times later changed the headline entirely, making it appear more benign: “America Has a Debt Problem, and the Answer to It Starts With Form 1040.” But his argument remained no less foolish: “The nation is borrowing too much but not because it is spending too much. The real crisis is the need to collect more money in taxes.”

That’s a pretty arrogant way of glossing over the fact that the U.S. government spent a whopping $6.27 trillion in FY2022, which was drastically more than the record $4.9 trillion it swallowed up in federal tax collections. 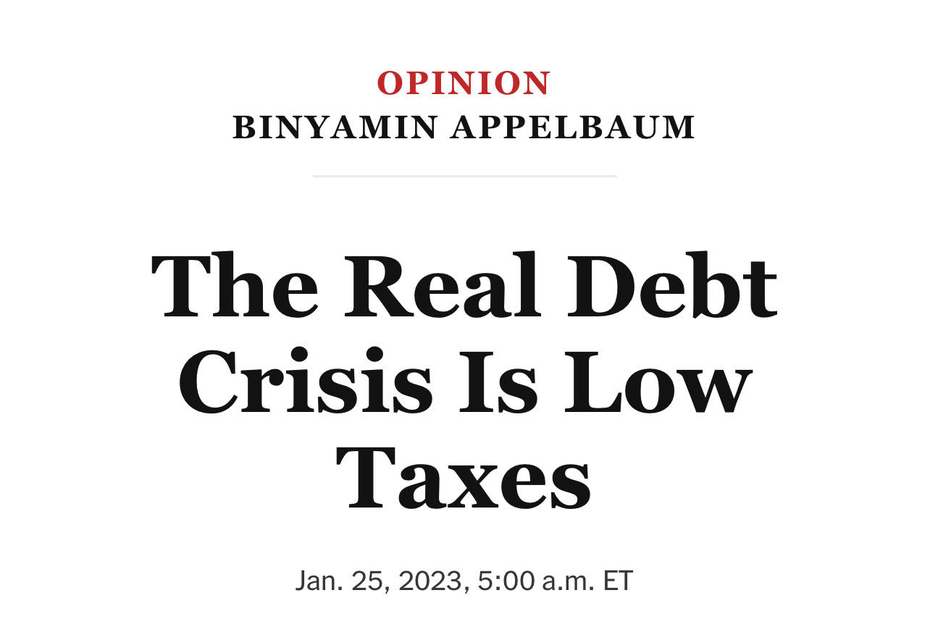 But in Appelbaum’s fantasy, “Americans don’t want large spending cuts. The vast majority of federal spending is supported by most Americans.” Interesting, given that Rasmussen Reports just released a poll of 1,000 U.S. likely voters showing that a majority (56 percent) “would rather have a government shutdown than to have Congress sign off on more spending.”

The government would have to “tak[e] more hard-earned money from American families that ‘need’ it for their own children, health care, and basic resources,” said Edwards summarizing Appelbaum's ridiculous “emotional plea.”

Apparently, the “lead writer on economics” for The Times couldn’t even get his math straight. Appelbaum claimed: “Measured as a share of G.D.P., public spending in the other Group of 7 nations [e.g. Canada, France, Germany, Italy, Japan, the United Kingdom] is, on average, more than 50 percent higher than in the United States.”

But, as Edwards pointed out using 2022 Organization for Economic Co-operation and Development data, this is false: “G-7 average spending at 47.5 percent of GDP is 24 percent higher than American government spending at 38.4 percent.” That indicates Appelbaum exaggerated the G-7 vs. U.S. calculations by a whopping 26 percentage points.

Appelbaum proceeded to argue as if the American people should just continue to finance Washington D.C.’s obsession with treating taxpayer dollars like Monopoly money:

It costs money to borrow money. Interest payments require the government to raise more money to deliver the same goods and services. Using taxes to pay for public services means that the government can do more.

But as economist Daniel Mitchell pointed out, the “annual tax revenue this fiscal year is going to be more than 11 times greater than annual interest payments.” In essence, Mitchell said, “[t]here’s plenty of money to pay interest on the debt.”

Since Appelbaum doesn’t seem to know how the “debt crisis” works, MRC Business would like to share a refresher course on the national debt courtesy of Schoolhouse Rock!

Conservatives are under attack. Contact The New York Times at 800-698-4637 and demand it tell the truth about government spending being the driver of America’s debt crisis.