Must Defend Big Brother: NYT, WashPost, Politico Whore Themselves Out to IRS

Leave it to the clowns at The Washington Post, Politico and The New York Times to make the tyrannical Internal Revenue Service seem like a victim of those darn congressional Republicans. 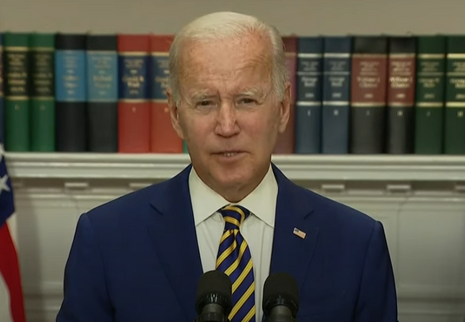 The Times decried the GOP for allegedly embracing “the notion that a bigger I.R.S. is poised to be weaponized against them, often distorting facts to make their points.”

Big Media is sounding like an overworked propaganda mill for the Ministry of Plenty, one of the four dystopian government entities listed in George Orwell’s “1984” that specifically controlled the economy.

All three propaganda-spewing publications were apparently triggered by American backlash against a new law that expanded an agency that was the subject of a major 2013 scandal for targeting conservative political groups.

The Post is always there to defend big government. This article is trash. | IRS launches safety review after right-wing threats https://t.co/Qfb5b5H4gG @jacobbogage

Through the monstrous “Inflation Reduction Act” (IRA) the IRS is set to get $80 billion in taxpayer dollars, in part, to add 87,000 new agents. The Daily Signal reported that 57.3 percent of the Treasury Department’s estimated 86,852 new IRS agents, fewer than 50,000,  “would be assigned to tax enforcement.” But none of this should concern Americans by the liberal media’s logic. [Emphasis added.]

The Times wailed: “A decades-long Republican antipathy toward the Internal Revenue Service has reached a new level of enmity.” The Times exclaimed how President Joe Biden’s insane $740 billion IRA, which funds the IRS employee surge, would help the “beleaguered” agency improve operations. The Times then complained to readers how “[t]he agency’s staff is the same size today as it was in 1970, when it processed far fewer individual tax returns.” [Emphasis added.]

But just because fewer returns were processed in 1970 doesn’t necessarily mean the process was easier then, especially when compared to an era that preceded 21st century technology.

The Times apparently didn’t realize that the internet wouldn’t even be officially birthed until Jan. 1, 1983, the evolution of which would make processing documents like tax returns easier in theory. Before 1983, The University System of Georgia notes, “the various computer networks did not have a standard way to communicate with each other.” The World Wide Web also wouldn’t be launched in the public domain until 1993. For The Times to compare the IRS workforce of today to an IRS workforce that had to process tax returns during the pre-internet era is court jester logic.

Both The Post and The Times whipped out the familiar left-wing “Republicans pounce!” angle to harangue congressional GOP members who dared question the IRS’s slated billions in IRA funding.

“Republicans have seized on the funding for the tax collector to attack the law,” The Post’s Bogage wrote.

Times reporters Alan Rappeport and Tiffany Hsu bleated: “Republicans, who have long accused the I.R.S. of unfairly targeting conservatives, have seized on the law to fan unfounded conspiracy theories about the threat that mom-and-pop shops and middle-class Americans will face from an emboldened tax collector.” [Emphasis added.]

The newspaper acknowledged the 2013 IRS scandal against conservative groups, but somehow dismissed it as a bipartisan issue by citing the Treasury Department, which houses the IRS: “‘A 2017 report from the Treasury inspector general found that progressive groups had also been improperly scrutinized.’”

But even a 2013 Politico article pointed out that although a smidgen of liberal groups got caught in the IRS scandal, “harsh investigations were more rare than what POLITICO had found when it surveyed conservative groups at the beginning of the scandal.” Let's let the liberal former Daily Show host Jon Stewart recap the "genuine scandal" for The Times.

The Congressional Budget Office reportedly informed lawmakers that “audits of taxpayers making under $400,000 [account] for about $20 billion in revenue for the Inflation Reduction Act,” according to Fox Business. Sounds like “mom-and-pop shops and middle-class Americans” will potentially be targeted, despite The Times’s obfuscation. [Emphasis added.]

All three outlets played rhetorical jiu-jitsu to dismiss additional concerns around the arming of IRS agents. The Times spun that “despite claims on social media that the I.R.S. hires will be heavily armed, a Treasury official said that just 1 percent of the new employees would be agents working in jobs that require carrying guns.” How peachy.

The IRS, with over 2,100 “Special Agents,” spent “$21.3 million on guns, ammunition and military-style equipment between” 2006 and 2019 translating to a stockpile of “4,500 guns and five million rounds of ammunition,” according to OpenTheBooks. Ignore that, The Times article suggested: “[T]he agency’s spending on ammunition this year is actually in line with its many years of purchases, according to fact checkers.” Never mind the question of why the tax man needs millions of rounds of ammunition. [Emphasis added.]

Both Politico and The Post mourned how IRS Commissioner Charles Rettig had raised alarm about how his agency was supposedly in danger. “The IRS is reviewing the security at all of its facilities after some Republicans charged that the agency would use a major boost in funding from Congress to target regular Americans, in some cases invoking the threat of agents using firearms,” Politico fretted. [Emphasis added.]

The Post screeched that Rettig’s faux-conniption over security comes as “congressional Republicans and far-right extremists are lashing out at the agency and the new funding it is slated to receive in a massive spending law.”

The IRS recently came under fire for a job posting within its Criminal Investigation unit where “special agents” were required to carry firearms and “use deadly force, if necessary.” The backlash was so severe that the IRS edited out the “deadly force” language from the job listing. The Times, in particular, brandished an IRS spokesman’s excuse that the “‘wording change on one web page followed continued misstatements and inaccuracies about I.R.S. employees carrying weapons.’”