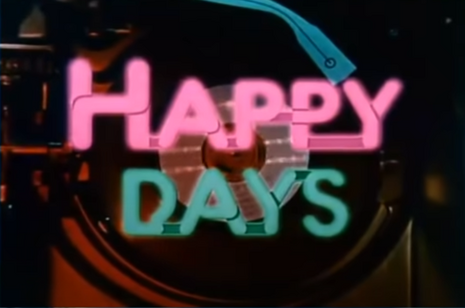 It’s the Roaring ‘20s once more. That’s what The New York Times claimed as high gas prices, 40-year record inflation and a border crisis dominate the lives of ordinary Americans.

“For Tens of Millions of Americans, the Good Times Are Right Now,” claimed the newspaper. Times technology writer David Streitfeld pretended Americans haven’t seen an economy this glorious in over 50 years. “For the 158 million who are employed, prospects haven’t been this bright since men landed on the moon.”

Those prospects are so “bright” that CNN reported total compensation costs — which “includes the wages employers pay plus health, retirement and other benefits for civilian workers” — declined “3.7% over the past 12 months ending in March.” CNN summarized that news in one sentence: "Skyrocketing inflation is robbing Americans of their raises."

But according to Streitfeld, this era “has been a time of great financial reward for a large number of Americans.” He continued: “This boom does not get celebrated much.” It is ironic that this kind of absurdity was written by an out-of-touch writer who refers to himself in his Times bio as an “ink-stained wretch.” [Emphasis added.]

Well, what he wrote was wretched.

Oh, but Streitfeld wasn’t done: “As many as half of those workers have retirement accounts that were fattened by a prolonged bull market in stocks. There are 83 million owner-occupied homes in the United States. At the rate they have been increasing in value, a lot of them are in effect a giant piggy bank that families live inside.” It is unclear why Streitfeld would puff about retirement accounts when the stock market took a steep nosedive yesterday that caused “My 401(k)” to reportedly trend all over Twitter.

In addition, the average rate for 30-year-fixed mortgages just skyrocketed to 5.5 percent for the highest level since 2009. In fact, "[i]f rates were to rise just 50 basis points more or home prices were to increase just 5% more, home affordability would be the worst on record," CNBC said. Consumer sentiment on housing also dipped to its lowest in two years, according to government-sponsored enterprise Fannie Mae.

In addition, the national average for gasoline prices just spiked to a whopping $4.37 a gallon. But according to Streitfeld, a volatile stock market, sky-high gas prices, interest rates and 40-year high inflation simply means that they “could” threaten the gains of recent years:

The queasy stock market might be signaling that the boom is ending. A slowing economy, renewed inflation, high gas prices and rising interest rates could all undermine the gains achieved over the years. But for the moment, this flood of wealth is quietly redefining retirement, helping fuel Silicon Valley and stoking a boom in leisure and entertainment. It is boosting corporate profits by unprecedented amounts while also giving just about everyone the notion that a better job might be within reach, [emphasis added].

“Queasy” was quite a euphemism for a stock market that reportedly just lost $7.3 trillion this year alone. Streitfeld even praised how “More than 4.5 million workers voluntarily quit in March, the highest number since the government started keeping this statistic in 2000.”

Here’s the problem: there were a record high 11.55 million job openings, and the gap between job openings and available workers was another record high 5.6 million, according to CNBC. The dismal reality could be summed up in two words which Streitfeld chose to ignore: Labor shortage.

$7.3 Trillion has been erased from the US Stock Market this year.

Conservatives are under attack.  Contact The New York Times at 1-(800) 698-4637 and demand it report the truth on Biden’s disastrous economy.