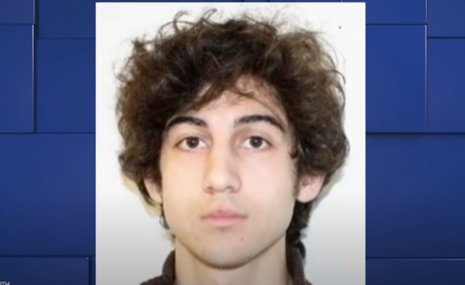 Boston 25 News reported Jan. 5 that Tsarnaev “received a $1,400 COVID relief payment” on June 22, 2021, according to a document filed by prosecutors. The date suggests that Tsarnaev received the payment just over three months after Biden signed his gargantuan $1.9 trillion COVID-19 stimulus March 11, which included $1,400 checks. Newsweek noted in its write-up that “Prisoners were largely eligible to receive $1,400 payments included in the $1.9 trillion American Rescue Plan that President Joe Biden signed into law last March.”

In 2013, Tsarnaev was involved in the detonation of a pair of homemade bombs amidst a crowd watching the Boston Marathon, killing three and injuring "more than 260" people. He was originally sentenced to death for his crimes, before the U.S. Court of Appeals for the First Circuit overturned the sentence in 2020. In a grotesque display of journalistic malfeasance, ABC World News Tonight, CBS Evening News and NBC Nightly News ignored the story during their Jan. 5 evening broadcasts.

Sen. Tom Cotton (R-AR) warned as far back as March 8, 2021, on Fox and Friends that left-wing senators in Congress voting for Biden’s stimulus were making “every prisoner in the United States — if they have any tax forms filed” eligible for a stimulus check. He even specifically cautioned that the “Boston Bomber” could potentially receive a check under the Biden stimulus. It looks like Cotton was spot-on. “The Democrats had a chance to stop that from happening on [March 6], and they voted it down. I suspect you’ll be hearing more about that next year on the campaign trail,” Cotton predicted.

But it appears the networks will ignore any story tying the left to violent criminals. In another story Jan. 5, “newly minted [New York City] District Attorney Alvin Bragg promised to allow violent criminals to walk free as part of his progressive Democratic criminal justice reform plan.” Instead of covering that news, as Fox News’ Special Report report did, the networks spent a combined 22 minutes and 16 seconds on the Jan. 6 Capitol riot and related topics.