Has Forbes Lost It? Magazine Headline Claims ‘There Is No Inflation’ 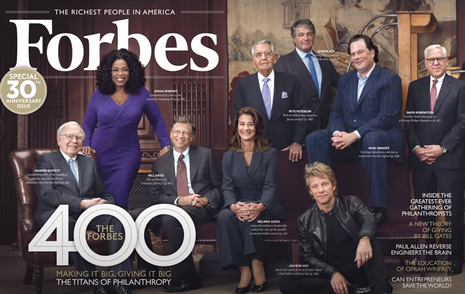 Stevens Institute of Technology Teaching Professor George Calhoun argued that the CPI was “highly distorted. They may not know how highly distorted. Currently, several factors are inflating its value – yes, ‘inflation’ is inflated – to the point where the raw CPI is practically meaningless, even misleading.”

One of Calhoun’s complaints was the so-called “base effect.” He flailed how the year-over-year estimate was distorted because the country was hammered by the pandemic in June 2020. Calhoun said that “[t]his inflates the current year-over-year percentage increase (i.e., the CPI!) by about 0.9% for the month of June 2021 – the so-called base effect.”

One problem: Politico pointed out that the year-over-year CPI spike (5.4 percent) “marked the second straight month of sharply higher prices.” Specifically, “June prices also unexpectedly rose 0.9 percent from May, undercutting the argument that the increases only look bad in comparison to last year, when the pandemic was raging,” Politico said. Tressis Gestión Chief Economist Daniel Lacalle Fernández tweeted the important note that June was the “first month” for CPI “without the ‘base effect’.” Calhoun clearly missed the memo. [Emphasis added.]

Another issue for Calhoun was that raw CPI was not as accurate as core CPI, which excludes volatile food and energy prices. Calhoun bellowed that the core CPI (4.5 percent) was lower and more accurate than the raw CPI (5.4 percent). Here’s another problem with Calhoun’s analysis: CNBC reported that the core CPI spike of 4.5 percent was “the sharpest move for that measure since September 1991 and well above the estimate of 3.8%.” Calhoun never mentioned the “September 1991” context. [Emphasis added.]

United States. Big rise in inflation in the first month without "base effect".

Almost all items rising fast, with shelter, energy, used vehicles, and utilities as most concerning.

But Calhoun, under a section with the subheadline “In Sum — There is No Inflation,” bleated: “[M]y point is that by any meaningful definition of true inflation, the headline number is greatly overstated.”

He continued his nonsense: “We are fortunate that the Fed, and the markets, are able to evaluate these [CPI] numbers with an appropriate skepticism.” But Calhoun is again off the mark. JPMorgan Chase CEO Jamie Dimon reportedly told Axios that “‘The inflation could be worse than people think.’” He continued: “‘I think it'll be a little bit worse than what the Fed thinks. I don't think it's only temporary.’” [Emphasis added.]

Conservatives are under attack. Contact Forbes at (800) 295-0893 and demand it distance itself from Calhoun’s nonsensical argument dismissing inflation concerns.