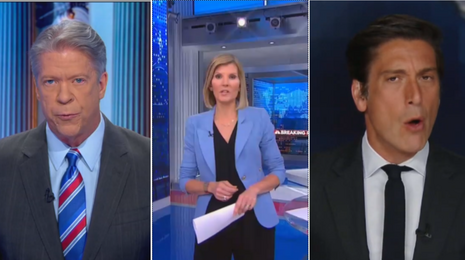 Rufo stated on Twitter July 6 that Raytheon Technologies “has launched a critical race theory program that encourages white employees to confront their ‘privilege,’ reject the principle of ‘equality,’ and ‘defund the police.’” Rufo posted purported pictures of internal Raytheon documents that appear to expose the company’s woke policies.

He said the company had asked “white employees to deconstruct their identities and ‘identify [their] privilege.’” He continued: “The company argues that white, straight, Christian men are at the top of the oppression hierarchy—and must work on ‘recognizing [their] privilege’ and ‘step aside’ for minorities.”

Rufo noted how Raytheon even “encourage[d] white employees to ‘defund the police,’ ‘participate in reparations,’ ‘decolonize your bookshelf,’ ‘join a local “white space.”’”

Rufo detailed the disgusting nature of Raytheon’s alleged push for critical race theory (CRT), and highlighted that the leftist concept of “intersectionality” was a “core component” of the company’s racially charged program:

The program is centered on ‘intersectionality,’ a core component of critical race theory that divides the world into competing identity groups, with race, gender, religion, sexual orientation, and other categories defining an individual’s place within the hierarchy of oppression.

The program’s details appeared outright racist. Rufo exposed how Raytheon purportedly told “employees to ‘identify everyone's race’ during workplace conversations.” He also analyzed, “Whites must ‘listen to the experiences’ of ‘marginalized identities’ and should ‘give [those with such identities] the floor in meetings or on calls, even if it means silencing yourself.’"

SCOOP: Raytheon, the nation's second-largest defense contractor, has launched a critical race theory program that encourages white employees to confront their "privilege," reject the principle of "equality," and "defund the police."

The Big Three have made it clear that bad news that could in any way connect back to the Biden administration is not worthy of coverage. All three networks also recently ignored another bombshell report in March exposing how Democrats had managed to sneak $60 billion in tax hikes into Biden’s irresponsible $1.9 trillion stimulus bill.