The “corporate leaders” involved included the CEO of the parent company that oversees O’Keefe’s own news organization. 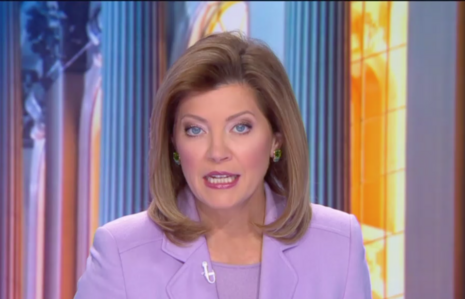 O’Keefe pivoted off of a study by the liberal Brennan Center for Justice to whine “that lawmakers in 47 states have introduced 361 bills that would restrict voting access.” O’Keefe attempted to sell the Brennan Center’s talking point that it is “nonpartisan.” However, a quick glance at a 2020 Brennan Center press release clearly showed that the organization is anything but “nonpartisan”: “Dismantling Structural Racism Is Key to Ending Over-Policing and Mass Incarceration.” Also, liberal billionaire George Soros’s Foundation to Promote Open Society had funneled at least $4,450,000 to the Brennan Center just between 2016 and 2019 alone. O’Keefe didn’t mention the organization’s connection to Soros, of course.

‘The gathering was an enthusiastic voluntary statement of defiance against threats of reprisals for exercising their patriotic voices.’

CBS News recently showcased its blatant hypocrisy by promoting the Masters golf tournament in Georgia after spending a week pushing a far-left boycott over the state’s new voting law. During coverage of the tournament, CBS This Morning co-host Gayle King chimed that “ViacomCBS, that’s us, is one of many companies publicly opposing the voting law.”

Conservatives are under attack. Contact CBS News at 1 (212) 975-3247 and demand it release a public statement distancing itself from ViacomCBS joining a liberal scheme to fight state voting laws.