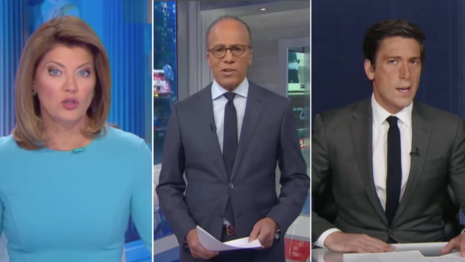 The National Association of Manufacturers (NAM) released a new damning economic study Thursday ripping apart another Big Lie in Biden’s agenda. The study projected that a corporate tax hike from 21 percent to 28 percent — in addition to other items like increasing the top individual tax rate and reinstating the corporate alternative minimum tax — “would result in less economic activity and 1 million jobs lost in the first two years.” But that’s not all. “The average annual reduction in employment would be equivalent to a loss of 600,000 jobs each year over 10 years,” the study’s summary reported. So much for Biden’s recent assertion that “[t]here’s no evidence” his corporate tax hike would hurt the economy.

Rice University economists John W. Diamond and George R. Zodrow, the authors of the study, found that “[t]he reduction in hours worked would be equivalent to an employment decline of approximately 1 million full-time jobs in 2023.” 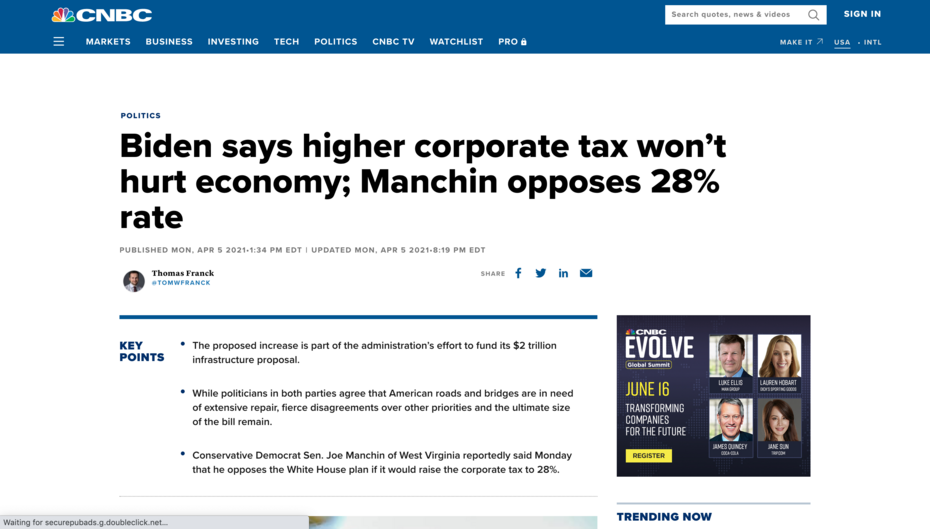 ABC World News Tonight, CBS Evening News and NBC Nightly News all ignored the study entirely during their Thursday evening coverage. The networks continued their derelict behavior of not covering news that could harm Biden’s leftist economic plans with impunity.

NAM President and CEO Jay Timmons told Fox Business that the study reported “‘quantitatively what manufacturers from coast to coast will tell you qualitatively: increasing the tax burden on companies in America means fewer American jobs.’” He continued: “‘The conclusion of this study is inescapable—follow through with tax hikes that give other countries a clear advantage and we’ll see far fewer jobs created in America.’”

The Big Three have attempted all they can to sweep anti-Biden economic news under the rug. Just recently, the evening networks bypassed a Tax Foundation report tearing apart Biden’s massive infrastructure proposal over four nights of news coverage. The Tax Foundation report stipulated that “[w]hile the President’s plan emphasizes making goods in America, the tax increases will raise the cost of production in the U.S., erode American competitiveness, and slow our economic recovery.”

The Tax Foundation report specifically attacked the corporate tax hike: “Workers across the income scale would bear much of the tax increase. For example, the bottom 20 percent of earners would on average see a 1.5 percent drop in after-tax income in the long run."

The Big Three have now ignored at least two major economic reports panning Biden’s leftist economic agenda. How many more need to be published before the media take a hint and admit that Biden’s plans are dangerous?