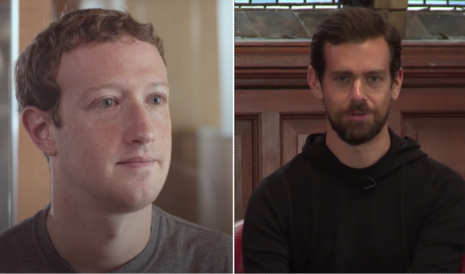 Donation records may help explain that.

Open Secrets records revealed that for “all federal candidates,” both Facebook and Twitter gave over 90 percent of their political contributions to Democrats for the 2020 cycle so far. The combined multi-million-dollar total of both platforms was split among individual employee donations and PAC money. The top recipient for both organizations was none other than Democratic presidential nominee Joe Biden. There is clearly no doubt where these gargantuan tech companies stand politically.

For Twitter, the spread was even more telling, given its behavior last night in censoring people who shared the Post story. For “all federal candidates,” Twitter has contributed a whopping 98.99 percent ($347,270) of its donations to Democrats via individual donations of $200 or more. No PAC money was recorded. Only 1.01 percent ($3,556) went to Republicans by contrast. Biden, the top recipient for Twitter donations, received $66,929, all from individuals. That means Biden received 19 percent of the total contributions Twitter has made to “all federal candidates.”

As noted in previous reporting, Stone has a long history of working with Democrats. This  includes working as a press secretary for former Sen. Barbara Boxer (D-CA), working as a western regional press secretary for the Democratic Congressional Campaign Committee, and being a member of former Secretary of State John Kerry’s presidential campaign in 2004, according to LinkedIn.

Recently, Facebook and Google were exposed for partnering with the leftist organization Democracy Works to help formulate their 2020 election strategies.

America needs to raise its voice against these Big Tech companies now, or they may indeed succeed in influencing the 2020 election to produce an outcome that’s suitable to their leftist agenda.