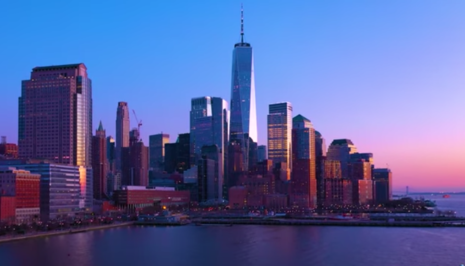 So much for high rises being a great achievement. The Guardian’s latest insane, sexualized story condemning “phallic towers” in cities for their “masculine power” is woke-think on steroids.

The Guardian made readers know that “Toxic masculinity is built into the fabric of our urban spaces,” in an extremely cringey story headlined, “‘Upward-thrusting buildings ejaculating into the sky' – do cities have to be so sexist?”

This is a triumph of what leftists call intersectionality — tying key leftist agenda items to … architecture.

Author Leslie Kern wrote: “Glass ceilings and phallic towers. Mean streets and dark alleys. Road names and statues of men. From the physical to the metaphorical, the city is filled with reminders of masculine power.” [Emphasis added.] She continued: “[W]e rarely talk of the urban landscape as an active participant in gender inequality.” [Emphasis added.] Kern is also the author of the wacky book “Feminist City: Claiming Space in a Man-Made World.”

Like a bad joke, Kern continued down this ridiculous line of logic by posing a set of rhetorical questions to readers:

A building, no matter how phallic, isn’t actually misogynist, is it? Surely a skyscraper isn’t responsible for sexual harassment, the wage gap, or even the glass ceiling, whether it has a literal one up top or not?

Her perspective is that “our built environments can still reflect patterns of gender-based discrimination.”

Kern deployed the commentary of feminist geographer Jane Darke, who babbled that “‘Our cities are patriarchy written in stone, brick, glass and concrete.’” Kern then followed Darke’s comments with a one-liner of her own: “In other words, cities reflect the norms of the societies that build them. And sexism is a deep-rooted norm.”

The author talked later about how COVID-19 brought about the consequence of a “global rise in domestic violence” against women. But, she propagandized that “[t]he pandemic is merely exposing the fact that cities have been content to ignore domestic violence.”

She blamed masculine cities for “not seeing [domestic violence] as an urban problem deeply connected to such issues as housing, employment, transportation, childcare, and of course the wage gap.” Kern’s solution to the issue of “domestic violence” in particular? Disrupt the “heterosexual nuclear family”:

[T]ackling domestic violence may mean unsettling the heterosexual nuclear family in ways that would be deeply disruptive to the status quo – namely, disruptive to the long-standing reliance on the single-family home as a place of unpaid care work, a disruption cities can ill afford given their reluctance to fund childcare, subsidi[z]e housing and prevent violence, [emphasis added.]

Kern praised the “unprecedented opportunity for even bigger changes” via the global “anti-racism protests[‘s]” call to “defund the police.” One idea Kern had was that these funds originally allocated for police be transferred “to affordable housing, childcare and public transport, all of which would dramatically improve women’s lives in ways that increased policing never has.”

Kern’s conclusion was just as cringey:

[S]eek out, listen to and employ diverse groups of city-dwellers in all areas of urban design, planning, policy-making, politics and architecture. The pandemic has shown us that society can be radically re-organised if necessary. Let’s carry that lesson into creating the non-sexist city.