The media continue to take the knee to Black Lives Matter. USA Today pushed a leftist event calling for people to boycott companies that don’t support the movement. 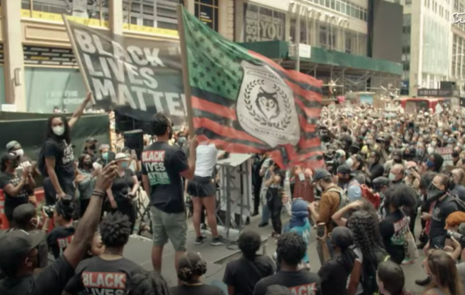 The story, headlined “‘Boycott for Black Lives': People plan to stop spending in companies that don't support BLM,” said that “As Juneteenth approaches, some Americans are commemorating the day by flexing the power of the dollar.” USA Today continued: “On June 19, advocates of Black Lives Matter plan to support the namesake civil rights movement by not spending money with companies that aren't aligned with the movement or have remained silent.”

The article linked out to a random Facebook event headlined, “Boycott For Black Lives #BoycottForBlackLives.” USA Today said that the Facebook event “will feature a list of public figures and organizations people can boycott.”

The Facebook event page stated that the event occurred at 12:00 am today. According to Facebook, fewer than 500 people attended as of the publication of this article. 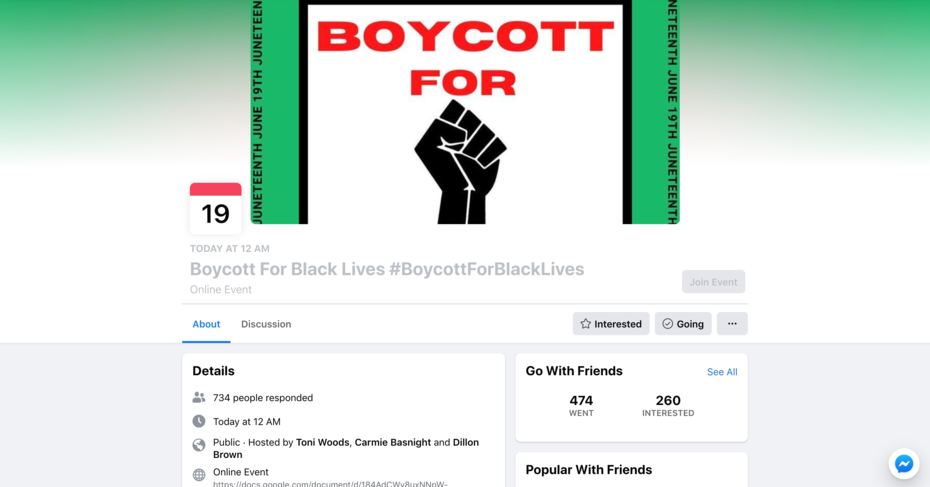 The paper even linked out to the boycott4blacklives group’s Instagram page. USA Today said, “the administrators posted businesses it accused of supporting ‘anti-Black’ policies.”  The Instagram post the paper used as an example lashed out at CVS  corporate and its associated PAC for allegedly donating “$535,000 in 2017 to political organizations that support Trump.” 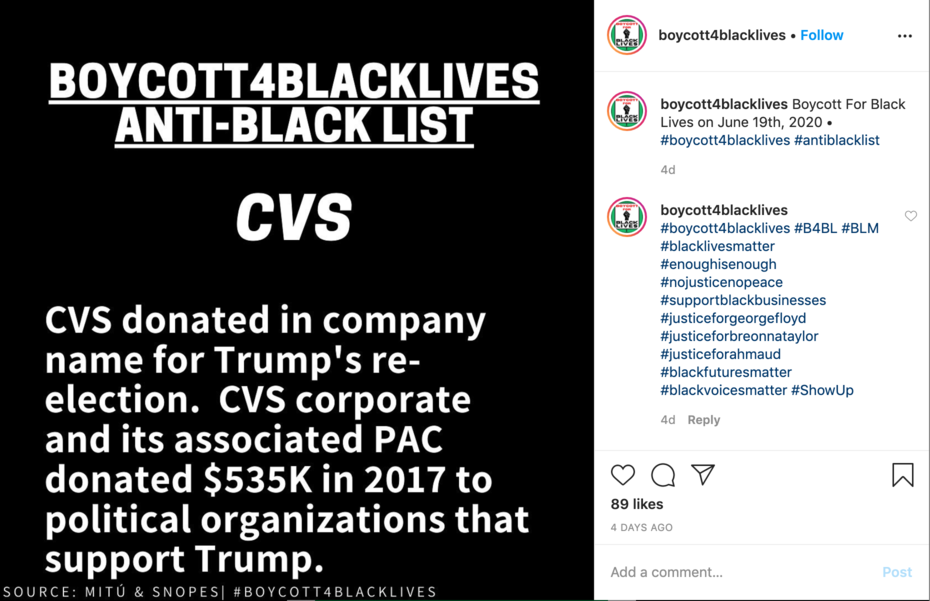 ‘Our overall objective is to encourage companies and people to stop participating in anti-Black behavior, and we’re doing this by withholding our dollars and protesting with our pockets … Our hope is that companies will acknowledge the strength of Black people's buying power, as well as our collective buying power with our allies.'

The paper was sure to tell readers how successful BLM boycotts could be by citing University of Maryland Professor of Marketing Amna Kirmani, who said that, “‘The effectiveness varies in terms of how many people get involved and how long it lasts,’ according to Amna Kirmani, professor of marketing at the Robert H. Smith School of Business at the University of Maryland.” The paper noted that “Kirmani said the boycotts related to Black Lives Matter have the potential to be successful for a number of reasons.” [Emphasis added.]

A prominent newspaper promoting these kinds of events could definitely help.

USA Today also elevated how “Facebook groups such as Boycott the Silent Ones create communities to discuss and vote on the companies users should boycott and hold accountable for their silence regarding the Black Lives Matter movement.”