UPDATE: Domino's Pizza responded to Wilson's gaffe in a tweet that read: "Welp. It's unfortunate that thanking a customer for a compliment back in 2012 would be viewed as political. Guess that's 2020 for ya."

Never-Trumper “Republican political strategist” Rick Wilson committed a massive gaffe on Twitter. He continued a seemingly insatiable obsession with trying to ding President Donald Trump’s administration at every turn, even if doing so makes him look foolish.

White House Press Secretary Kayleigh McEnany tweeted, “FUN FACT: @dominos is wayyyy better than any NYC pizza.” Domino’s Pizza responded to the glowing praise by saying “@kayleighmcenany That's one heck of a compliment! Thanks for the love! #WEAPPRECIATEIT!” This apparently triggered Wilson, who griped in a retweet June 15: “ You just killed your brand. #ETTD.”

One problem: The exchange between McEnany and Domino’s took place November 8, 2012.

That’s nearly 8 years ago. That’s years before Trump was president and years before McEnany was ever Trump’s press secretary. 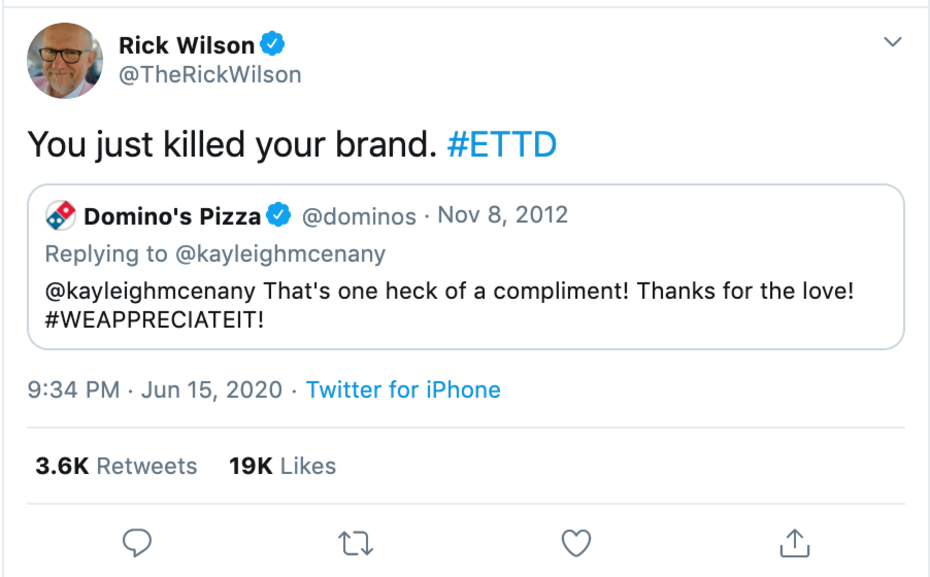 This isn’t the first major gaffe Wilson committed in his ongoing Twitter war with the president.

Wilson made a sorry attempt to play gotcha over the coronavirus-induced market dip March 9, by sharing a tweet the same day that appeared to be from Trump in 2015. The tweet he shared called for the punishment of a sitting president if the Dow Jones Industrial Average fell “more than 1000 ‘points’ in a Single Day” (the tweet called it the “Dow Joans”). Wilson commented: “I agree, Mr. President.” The problem? Wilson agreed with a fact-checked “fake” tweet. 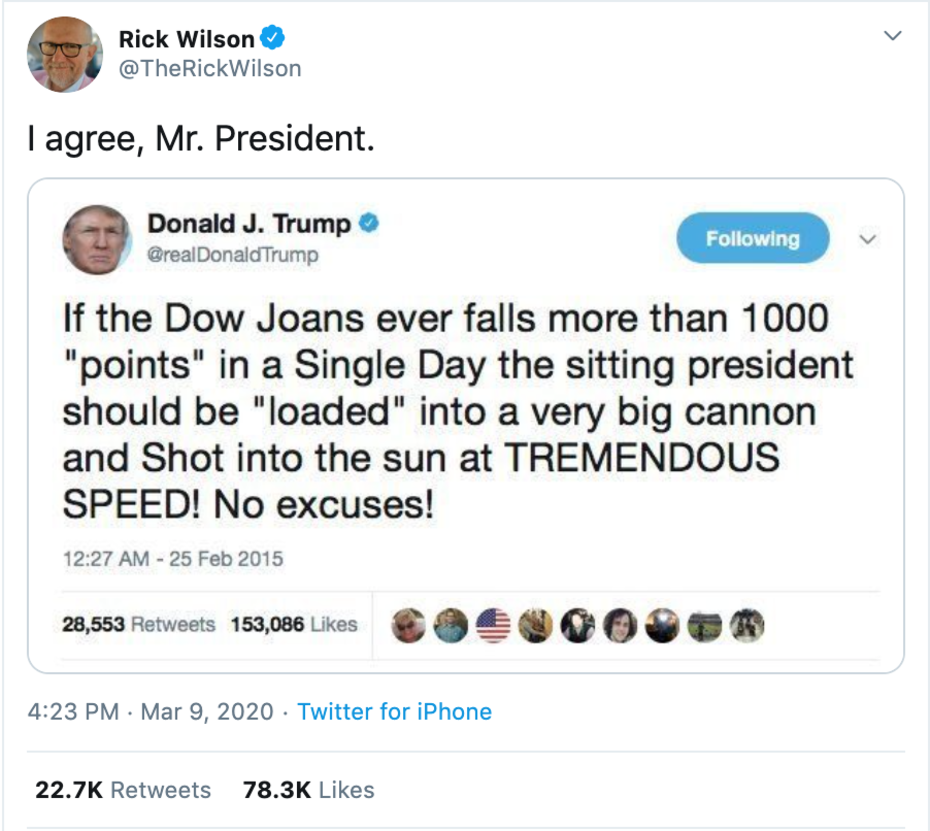 What made it more hilarious was that liberal outlet Reuters released a report March 2, 2020 fact-checking other accounts sharing that very tweet.