Multiple liberal outlets have capitalized on the coronavirus outbreak to push climate change propaganda. The essential message: Hey, at least pollution is down. 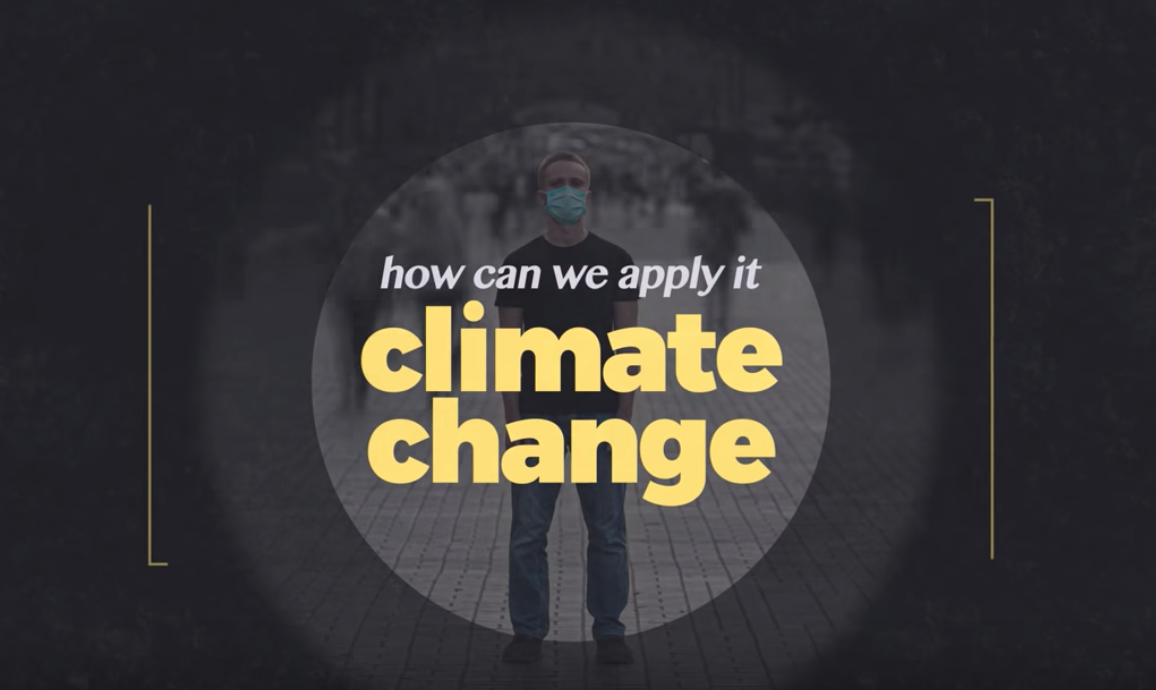 It appears the liberal media will use any crisis, regardless how severe, to push their talking points.

Bloomberg TV did an interview with Bloomberg Intelligence’s Adeline Diab on the subject of climate effects of the coronavirus. Diab stated that “One of the most significant surprises in our research has been the decline of carbon emissions on the back of the coronavirus, and in particular in China, which has been remarkable.” [Emphasis added.]

The Times published two stories: one on March 13 (see above) and the other on March 17 elevating the same gleeful message about emission reductions. Times science writer Jon Schwartz’s March 13 story touted the talking points from climate experts who said that “People are staying home and flying less. That’s good for the planet, Dr. Nicholas said.”

But that wasn’t all. Schwartz went on to trumpet other actions that people could take to reduce their footprint:

“Dr. Nicholas said that where you eat is not as important as what you eat; ‘eating beef has a disproportionate climate impact,’ she said, while eating foods ‘lower on the food chain’ such as plants results in a much smaller carbon footprint.”

The sub-headline for Schwartz’s piece actually asked if the changes people make to their lifestyles will be consistent once the crisis is over: “Isolation and other shifts in behavior during the coronavirus outbreak could also alter our greenhouse gas emissions. But will the changes stick?” 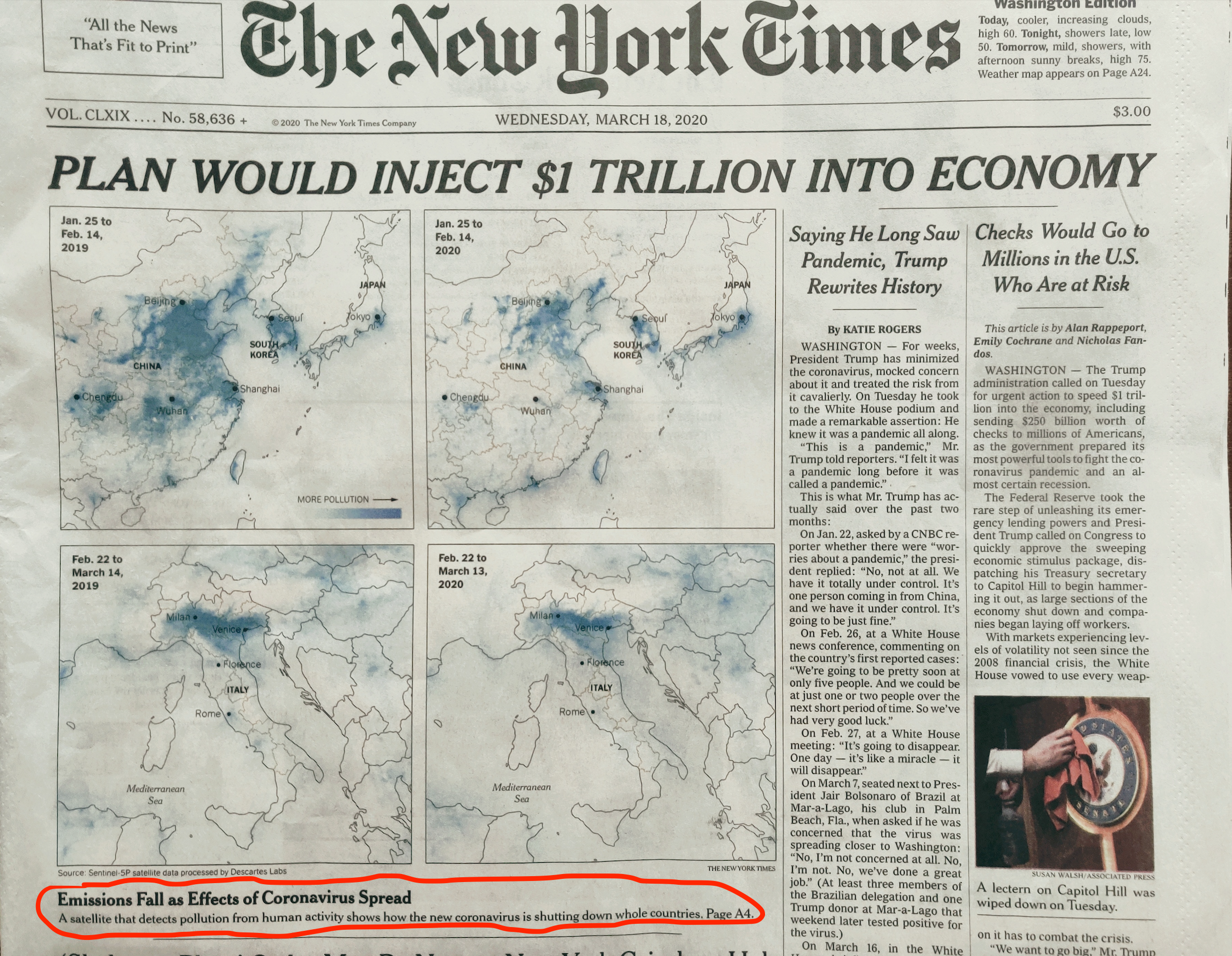 The other Times story, published March 17 by Nadja Popovich, boasted how “A satellite that detects traces of human activity — tailpipe emissions from cars and trucks, fossil fuel burned in power plants and other industrial activities — shows striking reductions in pollution across China and Italy since the outbreak first started.”

The headline promoted how the coronavirus is leaving its “footprint” across the world, in terms of emission reductions: “Watch the Footprint of Coronavirus Spread Across Countries.”

Popovich’s story was also plastered on the front page of The Times’s March 18, print edition of the newspaper.