All In host Chris Hayes sent out a flippant tweet in response to reports that the Trump administration will be asking Congress for “more than $800 billion in economic stimulus: $500 billion in payroll tax cut, $250 billion in Small Business Association loans, $58 billion for the airlines, and a smattering of other items."

Hayes tweeted, “BREAKING: We can, of course, afford a Green New Deal. That’s been true all along.” [Emphasis added.] He must have forgotten how much that monstrosity of an idea costs, and Sen. Ted Cruz (R-TX), was sure to remind him in a brutal tweet: “$800 billion is not equal to $93 trillion. Even on MSNBC.” [Emphasis added]. 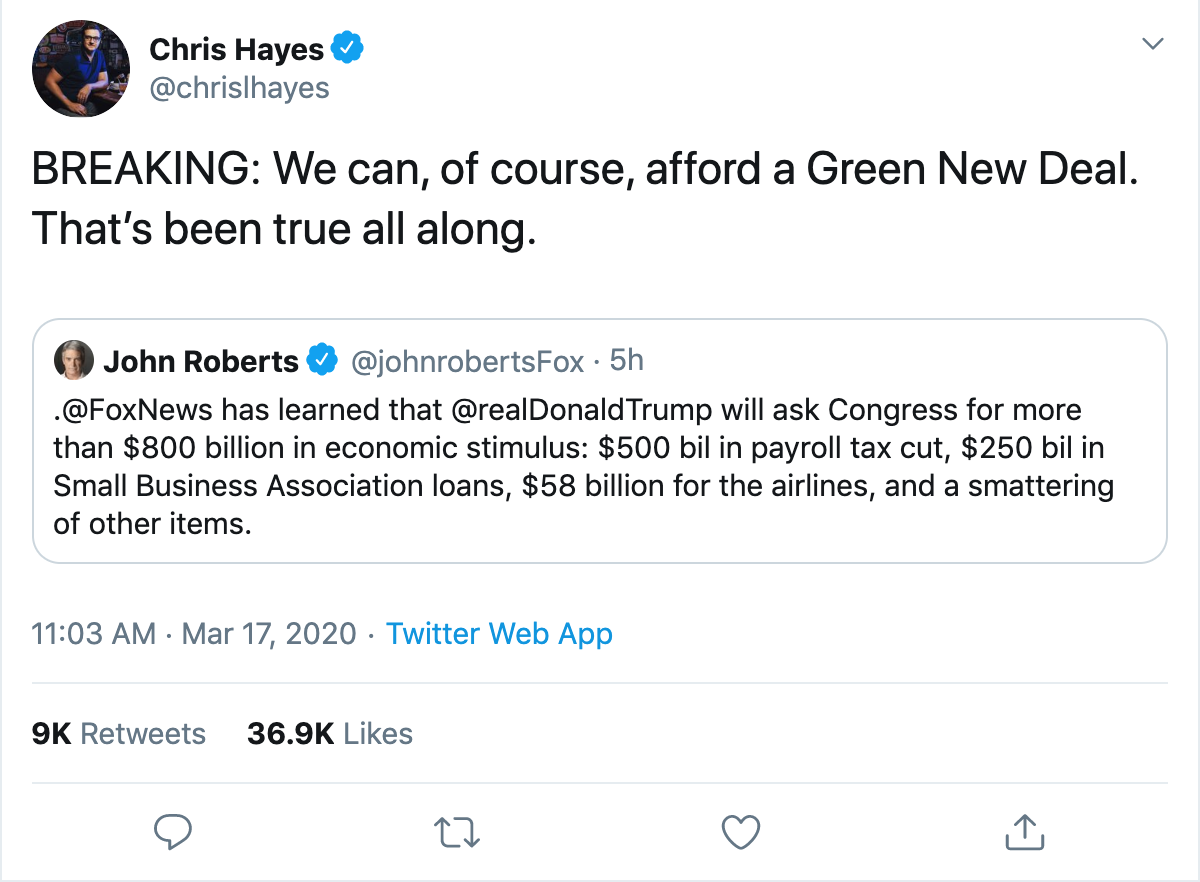 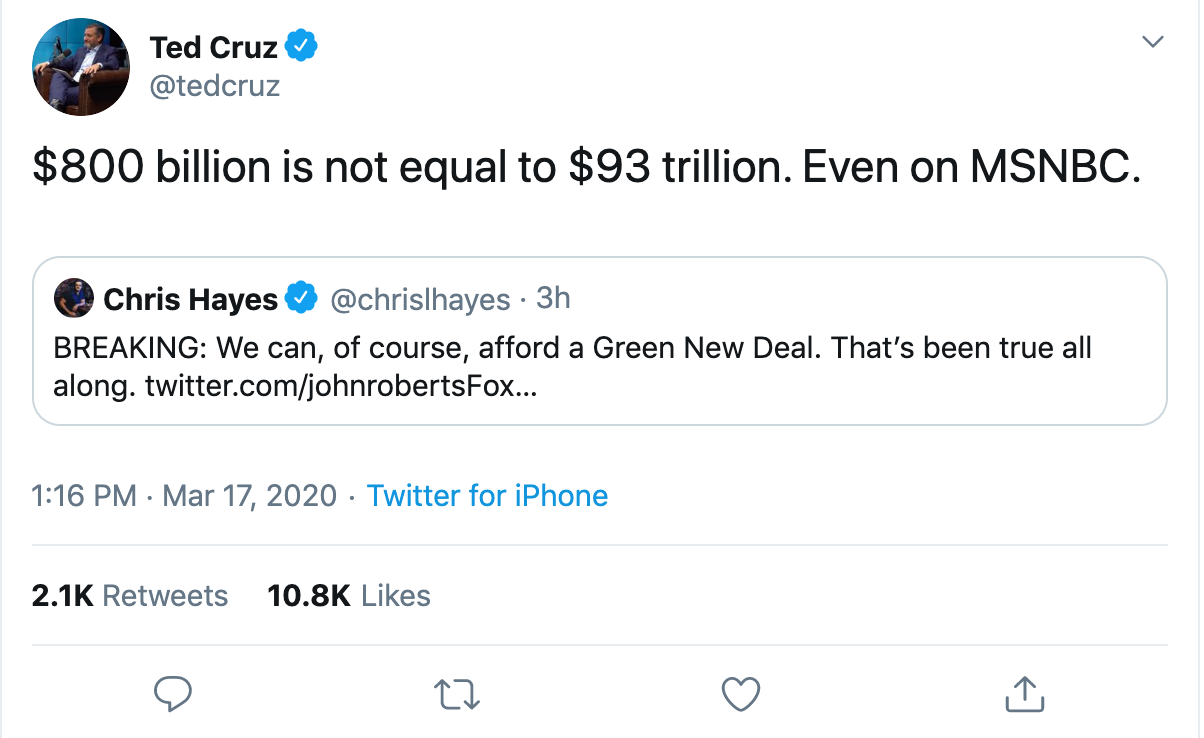 This is just the latest example in a lineup of MSNBC talking heads tweeting miscues.

Just recently, Hayes tweeted that Congress should pass a $1 trillion stimulus in “direct cash” to Americans.

MSNBC’s Joy Reid sent out a flippant tweet in an attempt to denigrate the Trump administration’s plan to direct the Small Business Administration to provide liquidity to states and small business owners through low-interest loans to provide economic relief from the coronavirus impact.

Another MSNBC talking head did not fare much better on the air either.

Earlier in March, MSNBC’s Brian Williams pulled fake news from Twitter to suggest on his 11th Hour show (alongside New York Times editorial board member Mara Gay) that former presidential candidate Michael Bloomberg’s massive $500 million in campaign spending would have been enough to give each of the 327 million American citizens “$1 million.” The actual estimate would only be about $1.50 each.