But that may have just been political theater. 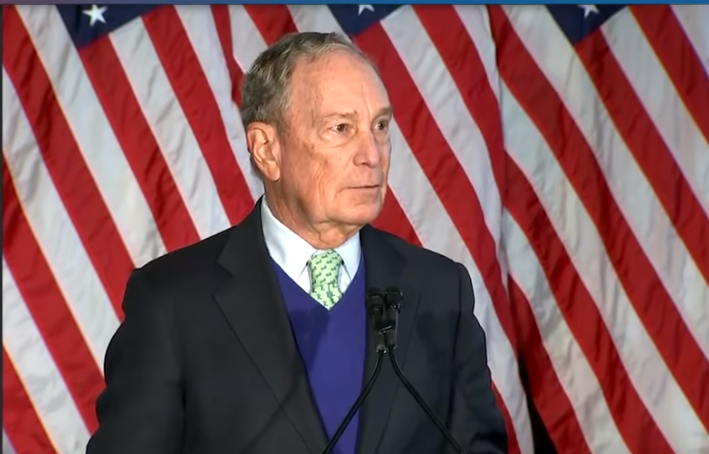 Bloomberg intends to “shift his television ad message this week to directly call for President Trump’s removal from office, with a new spot that will run in states with Republican senators who face competitive reelection fights this year” [emphasis added], The Washington Post reported Jan. 21.

Bloomberg said in his new ad supporting impeachment, “It’s time for the Senate to act and remove Trump from office. And if they won’t do their jobs, this November, you and I will,” [emphasis added].

So much for his initial reluctance on the issue of impeachment. The Post said that the money he plans to spend pushing impeachment would target states of “vulnerable” GOP senators like Sen. Cory Gardner (R-CO), Sen. Martha McSally (R-AZ), Sen. Susan Collins (R-ME), and Sen. Thom Tillis (R-NC).

In fact, The Post notes, Bloomberg’s new 30-second ad spot will target 27 states total Monday and will be on liberal outlets MSNBC, ESPN and CNN, “replacing other ads that are already in rotation” [emphasis added].

Bloomberg is currently in fourth place with 10 percent support amongst Democratic primary voters. Specifically, Bloomberg leads “former Mayor Pete Buttigieg by 2 points and [is] trailing Sen. Elizabeth Warren (D-Mass.) by 5 points,” according to Morning Consult Jan. 22. "Although he was not on the January debate stage, his net favorability has risen to +31, an increase of 8 points, following the debate last week," Morning Consult noted.

Bloomberg had already spent more than $225 million on advertising since he entered the race, according to The Post. Fox Business reported on Jan. 18 that Bloomberg is prepared to spend an unheard-of “$2 billion on either his own campaign or to help finance a Democratic nominee to unseat President Trump in the 2020 general election” [emphasis added].