Despite Michael Bloomberg’s unprecedented spending, his billionaire rival Tom Steyer has “nearly tripled the rest of the field combined in TV and digital ad spending in South Carolina through mid-February,” according to The Dallas Morning News Feb. 28. 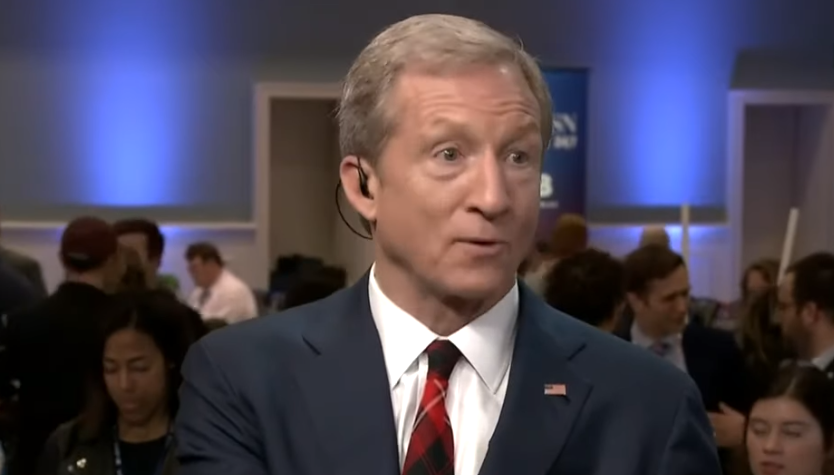 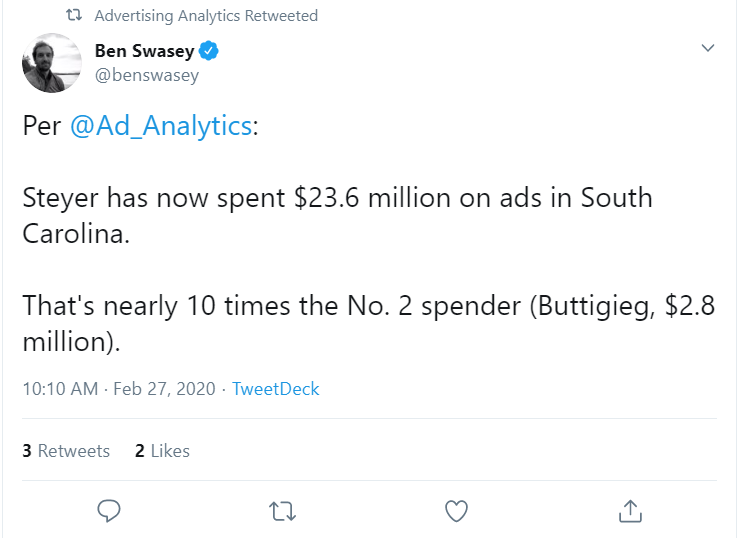 Steyer has “poured more money into South Carolina in a short period of time than anyone in the state can remember,” wrote Politico’s Maya King Feb. 9. “‘The unemployment rate in South Carolina has probably dropped an entire percentage point thanks to the Tom Steyer campaign,’ said Tyler Jones, a Democratic strategist based in South Carolina.” [Emphasis added.]

But this is just a drop in the bucket for Steyer in comparison to his national spending.

Steyer has currently spent more than $186 million on campaign ads across the country, according to a Feb. 28, Axios report. In total spending, Steyer’s entire campaign has bled through well over $253 million, according to the latest Federal Election Commission filings.

In addition to this, Steyer is currently the number one spender to outside spending groups this cycle, according to Open Secrets. Currently, Steyer has given $28,321,900 to lefty groups Need to Impeach and NextGen Climate Action, both of which he founded. One group, in particular, was part of a $120 million dollar agenda to support impeaching President Donald Trump.