Hollywood celebrities aren’t the only people upset about recent state efforts to limit abortion. A number of business executives are too. CNN.com boosted their complaints and claims that restricting abortion was “bad for business” on June 10.

CNN Business writer Jackie Wattles promoted a letter signed by more than 180 business leaders that claimed restricting abortion was “bad for business.” It appeared as a full-page ad in The New York Times. 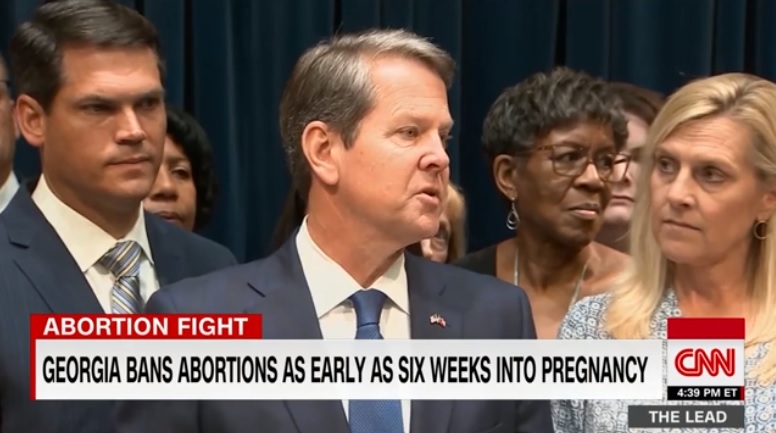 She cited a “growing willingness” by businesses to take a stand on the biggest political issues of the day, but linked only to stories of CEOs embracing left-wing causes or attitudes. CNN’s one-sided coverage only included information from the ad and supporters of it, and no criticism for the businesses’ pro-abortion activism.

Endorsers included CEOs from more than 180 companies including Yelp, H&M and Twitter’s Jack Dorsey (although he signed on behalf of Square, not Twitter). The letter came after entertainment companies Netflix, Disney and WarnerMedia threatened to stop producing movies and TV shows in Georgia if its heartbeat law takes effect.

According to the executives’ letter, restricted access to comprehensive care, “including abortion,” endangered “the health, independence, and economic stability of our employees and customers.” They proceeded to attack strict abortion laws as “against our values.”

The letter was spearheaded by a coalition of left-wing, pro-abortion groups American Civil Liberties Union (ACLU), Planned Parenthood and NARAL Pro-Choice America. The coalition also organized a campaign called “Don’t Ban Equality” and created a website asking other CEOs to sign in support for abortion.

CNN’s story quoted the supportive president of NARAL Ilyse Hogue, who praised executives for “taking a stand on behalf of their employees, customers, and communities.”

Aiyer also claimed restrictions on abortion are “another chipping away of gender equity,” and that abortion was a “value of personal sovereignty.”