Wikipedia, a site funded by George Soros, followed the liberal media’s lead in shielding the Biden administration on bad economic news. The online encyclopedia literally redefined the word recession on its website in recent days. 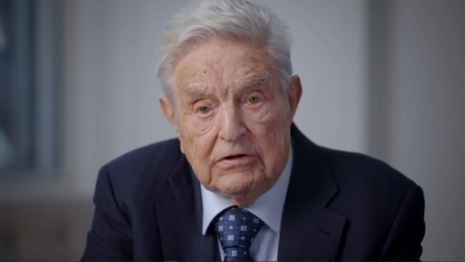 The move sparked outrage on Twitter, with even Tesla CEO Elon Musk slamming Wikipedia in a viral tweet: “Wikipedia is losing its objectivity.”

Wikipedia allowed at least 116 edits to the “recession” page on its site in the past week alone. It appeared to be an attempt to downplay the “technical definition” of recession, which is characterized by two quarters of negative GDP growth. After the government released a July 28 report revealing that GDP had indeed fallen for a second-consecutive quarter by 0.9 percent,  some Twitter users speculated about whether the timing was pure coincidence.

The Wikimedia Foundation, which hosts Wikipedia, reported in 2018 that Soros committed $2 million to support the platform. “‘The Endowment is not just a practical way to support Wikipedia,’” Soros said at the time. “‘My gift represents a commitment to the ideals of open knowledge—and to the long-term importance of free knowledge sources that benefit people around the world.’”

Debate over the definition of the word “recession” has heated up in recent days, and it seems that even Wikipedia, one of the most influential websites in the world, has jumped into the fight. MRC Business verified online claims that at least one particular sentence on the word “recession” was altered as recently as July 28, the same day of the government report. There were 41 total edits of the “recession” page that same day.

Even early in the morning on July 28, the day the government dropped its GDP report that confirmed recession fears, Wikipedia’s definition of a “recession” was still pretty straightforward: “While national definitions may vary, two consecutive quarters of decline in a country’s” GDP “is commonly used as a practical definition of a recession.” [Emphasis added]. 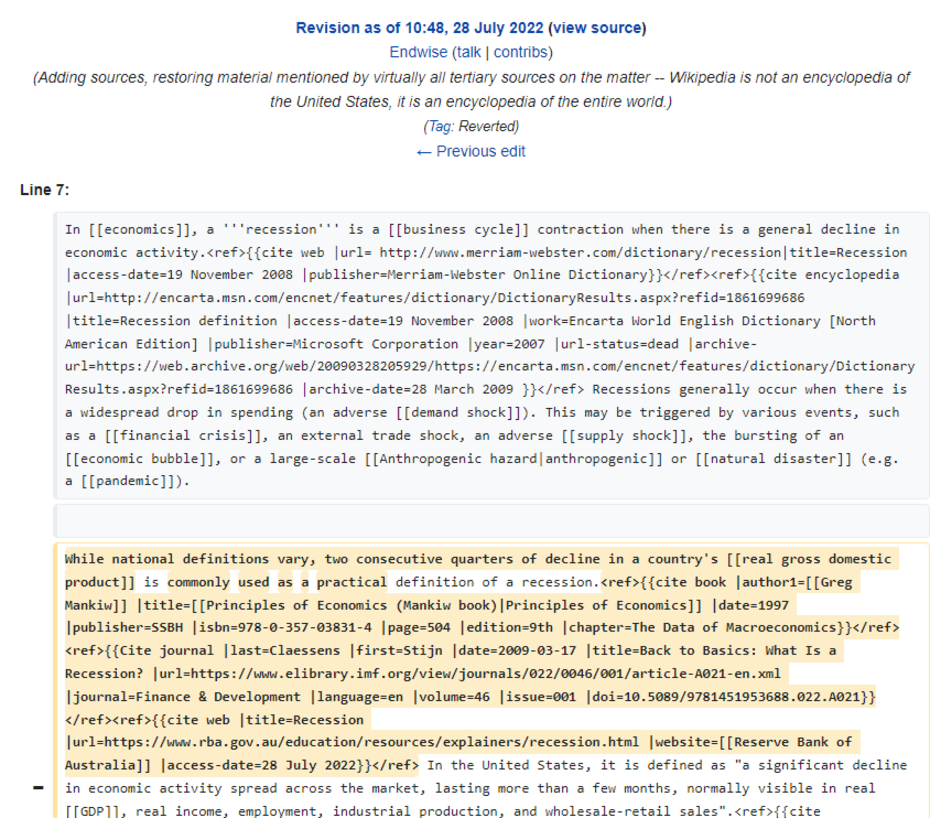 Another revision also on July 28 altered that definition and spun the “two consecutive quarters” rule as applying to “the United Kingdom and other countries”: “There is no global consensus on the definition of a recession. In the United States, it is defined as "a significant decline in economic activity spread across the market, lasting more than a few months, normally visible in real [[GDP]], real income, employment, industrial production, and wholesale-retail sales.” 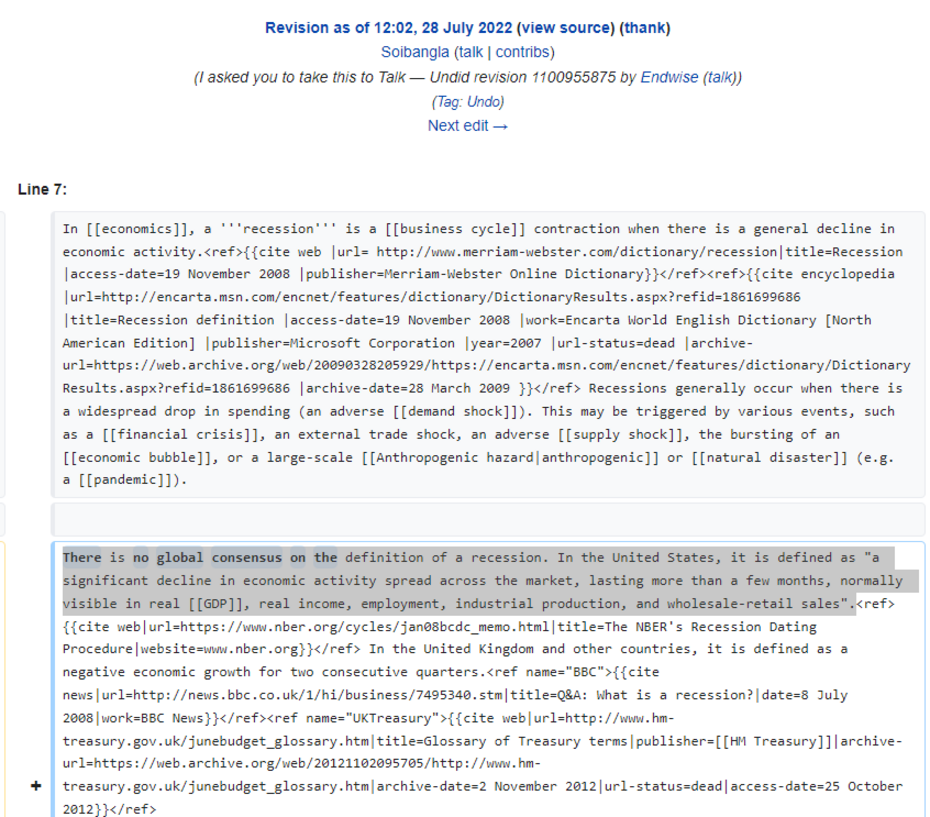 Wikipedia editors also added two warning labels to the top of the “recession” page, cautioning readers that “An outdated version of this article has been widely circulated,” and “Initial news reports” about this page “may be unreliable.”

MRC Business has yet to receive comment from Wikipedia on why so many changes were allowed before the second-quarter GDP report dropped early on July 28.