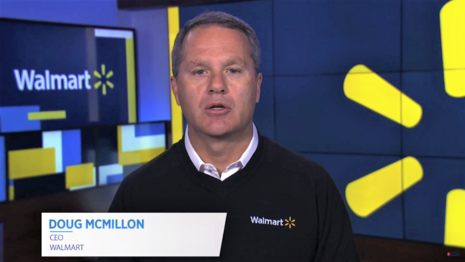 Clean Yield Asset Management pressed Walmart’s board to detail “any known and any potential risks and costs to the company caused by enacted or proposed state policies severely restricting reproductive rights” by the end of this year, according to the proposal.

But that proposal failed, with only 12.9 percent of shareholders supporting the pro-abortion proposal, Reuters reported.

Clean Yield Asset Management filed the pro-abortion bid on behalf of a leftist investor, and actually argued that unborn baby slaughter helps keep women in the workforce. “Employers as well as employees bear the cost of restricted access to health reproductive health care,” the proposal stated.

“For example, women who cannot access abortion are three times more likely to leave the workforce than women who were able to access abortion when needed.” The group cited an article by the pro-abortion Guttmacher Institute to make its case.

The pro-abortion proposal could have affected roughly 800,000 female employees, according to Reuters. Walmart is “the nation’s largest retailer” in 2022, and it employs about 1 percent of the U.S. private sector workforce, Reuters noted.

Walmart’s board countered the pro-abortion plan in an opposition statement: “We recommend that shareholders vote against this proposal because we believe the preparation of the requested report would be of little value for our shareholders, associates, and other stakeholders and, therefore, would be an unnecessary distraction and redirection of resources.”

Walmart’s defeat of that radical abortion policy followed the Supreme Court leak that was heard around the world, revealing that the infamous pro-abortion Roe v. Wade (1973) decision might finally be overturned. In a potential cascading victory for pro-lifers, Reuters reported that nearly 30 percent of Walmart’s stores “are located in states” with “trigger laws that would ban or greatly restrict abortions” if Roe is overturned.

Clear Yield Asset Management gave an even higher estimate of Walmart stores that would be affected: “As of October 2021, 60% of Walmart’s 5,342 stores in the U.S. were in states that could immediately prohibit abortion entirely under this scenario.”

The Walmart shareholder decision flew in the face of woke companies that are adopting ESG standards. Amazon, for example, offered to pay “up to $4,000 in travel expenses annually for non-life threatening medical treatments including abortions.” Amazon is not alone, however. Starbucks, Microsoft and Apple reportedly announced or currently fund travel expenses for abortions.