UPDATE: Amazon attempted to play on both sides of the abortion debate fence by putting out a press release March 4 announcing a "Ramp Back program" to help parents at Amazon "find balance" and take up to 20 weeks of paid leave. 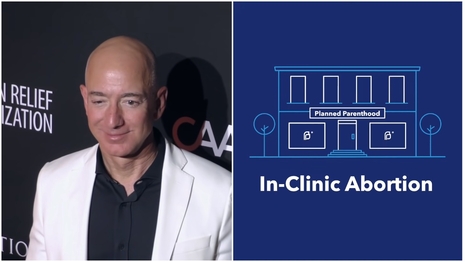 Reuters reported in a May 2 story that Amazon “will pay up to $4,000 in travel expenses annually for non-life threatening medical treatments including abortions.” To put that in perspective, the pro-abortion Guttmacher Institute found that 23.7 percent of women in the United States — almost one in four — will have an abortion by age 45. Amazon data indicated that 46.9 percent of the company’s total workforce of 918,261 employees in 2020 were women.

According to the 2020 data, roughly 430,664 women in Amazon’s workforce in that year would be eligible for travel funding for abortion and/or other treatments. If 23.7 percent of Amazon’s female employees — a number that comes out to around 102,067 women in 2020 — travelled to get an abortion, the Big tech giant could be responsible for shelling out close to $408,269,860 annually for abortion-related travel expenses alone.

Amazon’s financial commitment to abortion travel reimbursement, then, was a weighty endorsement of nearly a half-billion dollars, potentially.

Reuters attempted to spin Amazon’s pro-abortion policy as a health issue for women and a smart business strategy. The decision by Amazon “shows how companies are eager to retain and attract talent in locations that remain important to their operations despite legal changes impacting employees’ health,” Reuters reported. [Emphasis added.]

Multiple states — including Texas and Georgia — have passed “heartbeat” bills to protect the unborn from abortion procedures.

Amazon was not the only Big Tech company that offered to make abortion easier for its employees. Apple reportedly confirmed to Axios that “its health insurance policies cover abortions, including travel fees if needed.”

Amazon’s deep ties to the pro-abortion, anti-life movement does not end with its funding of abortion travel expenses, though. The ex-wife of former Amazon CEO Jeff Bezos, MacKenzie Scott, gave the largest donation in history to Planned Parenthood, at $275 million. Planned Parenthood performed 354,871 “Abortion Procedures” from 2019 to 2020, according to the baby-killing mill’s 2020 annual report.

Conservatives are under attack. Contact Amazon HQ at (206) 266-1000 and demand it stop funding travel expenses for abortion in the United States.