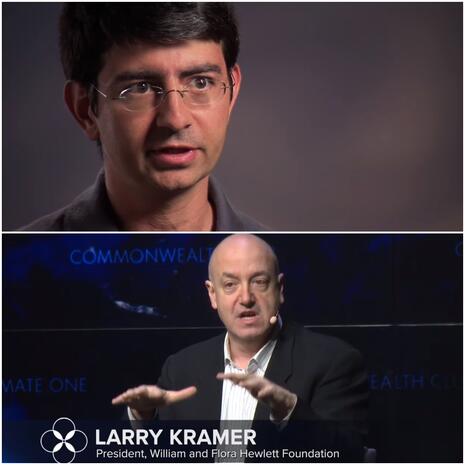 The William and Flora Hewlett Foundation and the Omidyar Network recently announced that “they were committing more than $41 million to economic and policy research focused on alternatives” to free market economics, according to The Times. The recipients of these grants intended to fund “research programs” are Harvard University’s Kennedy School, Howard University, Johns Hopkins University, the Massachusetts Institute of Technology, and the Santa Fe Institute. Both of these far-left foundations “are identified as left leaning” and have given vast sums to “climate change, gender equity and economic fairness,” reported The Times.

In other words, free market economics has gone rotten, according to Kubzansky.

“Neoliberalism is dead, but we haven’t developed a replacement,” Larry Kramer, president of the Hewlett Foundation, allegedly proclaimed. Lohr stated that “many economists” believe “stagnant” wages, “inequality,” “job losses” and “impoverished communities” are “partly byproducts” of the policy of “neoliberalism.”

Really? So the same economic freedom that helped lift “hundreds of millions out of poverty” across the world and “open[ed] the gates of prosperity” to more people “than ever before” is bad? Not according to The Heritage Foundation. Heritage’s 2021 Index of Economic Freedom reported that the average GDP in “Free” nations was almost 10 times higher than in “Repressed” nations (countries with a score of less than “50” on Heritage’s freedom index).

Hewlett Foundation’s Kramer continued, “Our role is to supply the fertilizer and water to grow something different. We think this is the next intellectual wave.” What exactly the “next intellectual wave” entails is unclear, but Lohr wrote that the study of “racial and economic inequities” — leftist buzzwords — will be critical.

The Ford Foundation and Open Society Foundations have cast a long shadow over the United States for quite some time. The Ford Foundation has funded a variety of radical organizations including baby killing Planned Parenthood ($13,486,250 between 2010 and 2013), the Gay, Lesbian and Straight Education Network, Friends of the Earth and World Wildlife Fund. Soros’ Open Society Foundations reportedly backed a leftist news outlet that advocated for labor unions and universal child care, according to an MRC report.

Conservatives are under attack. Contact The New York Times at (800) 698-4637 and demand it expose the radical big money groups attempting to overthrow free enterprise.